La Fortuna, Costa Rica – This is what I’m talking about. Eighteen pools with water temperatures ranging from a mild 87 to a steamy 104  degrees, replete with lush vegetation, waterfalls and a swim-up bar. 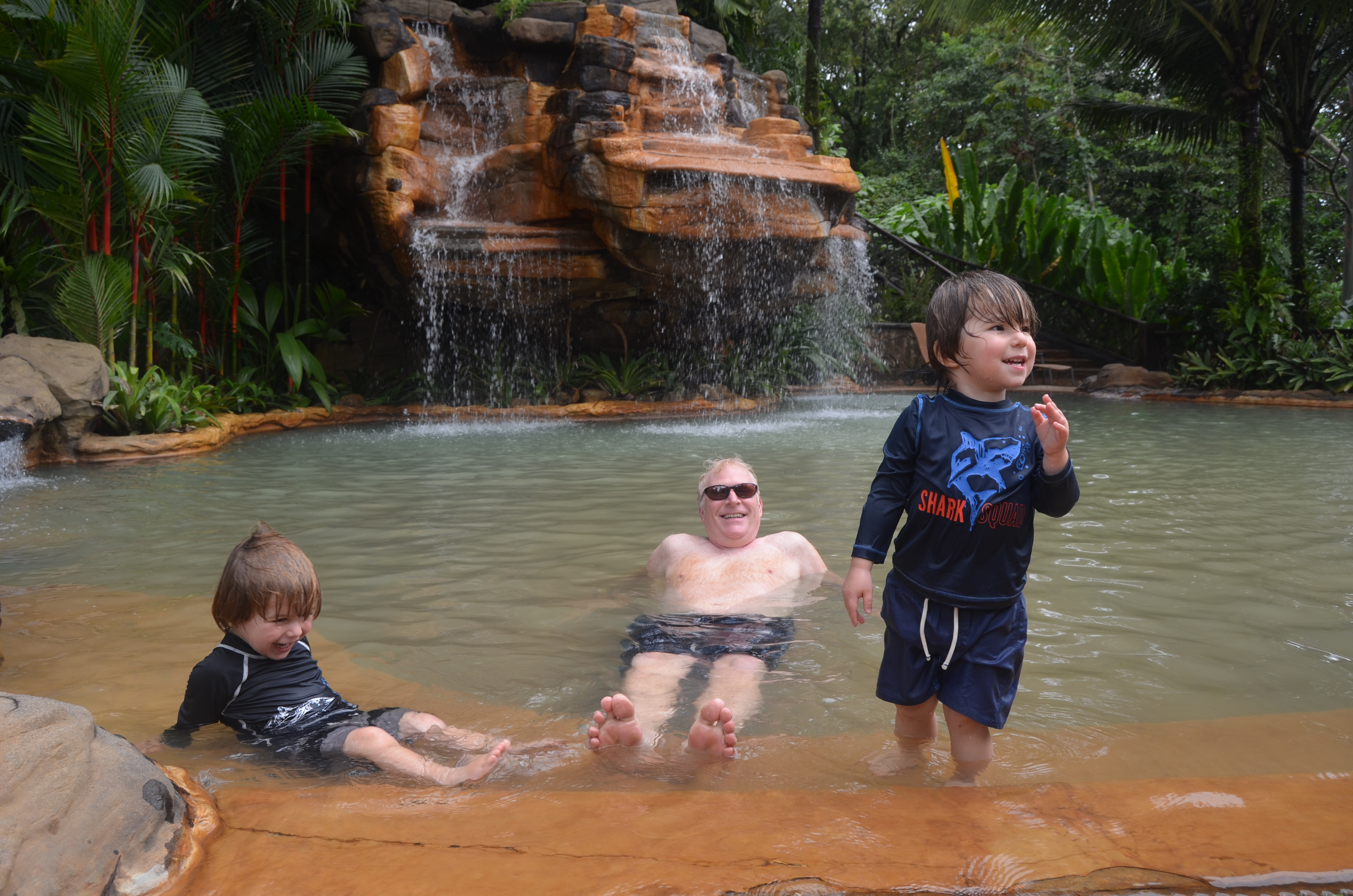 And – supposedly – views of Arenal Volcano, although we wouldn’t know since it has been non-stop cloudy since we arrived.
The Springs is one of several area resorts that have such a set-up. Some are more elaborate, and some are more understated. Some have a party atmosphere, while other are more family oriented. Some are super expensive. The Springs felt pretty luxurious to me, but it actually runs the middle of the road in terms of price. We chose it because of the “2nd day free” policy, which will allow us to come back tomorrow without paying.
I was taking a chance that the twins would love soaking and swimming in a gigantic jungle bathtub; and I was right. 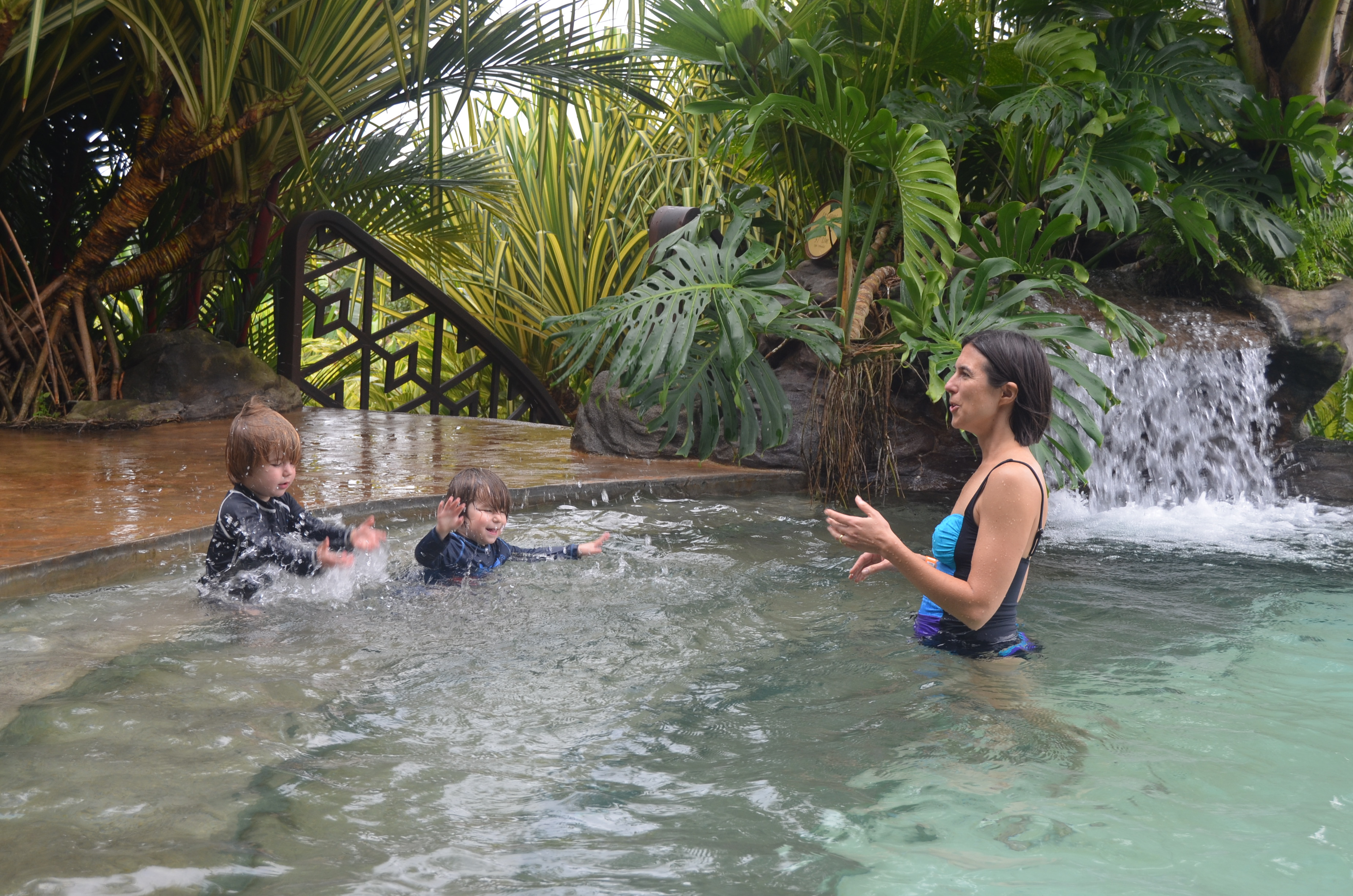 Incidentally, the volcano heats hundreds of springs in the area, and not all of them have been turned into luxury resorts. There are plenty of public springs, where you can go soak in the volcano-warmed waters free of charge. As the Lonely Planet says, any local can tell you where.
That sounds a little more exotic, a little more adventurous – and a lot more affordable – than going to a resort. Doesn’t it? I mean, why pay $50 a head to do something that you can do for free? I know that’s what the frugal grandparents were wondering (at least one of them).
Well, I’ll tell you why. Because I have two toddlers. When Daddio and I were here BT (before marriage actually, that was a long time ago), we did the exotic, adventurous, affordable thing. More specifically, we packed our own picnic and soaked in lukewarm muddy water. Don’t get me wrong, it was great; but the twins would not stand for that.
Maybe I should add this to my list of Reasons to Travel with Kids: I now have two excellent, irrefutable excuses to splurge.
arenal, hot springs, la fortuna, swimming