Skip to content
Mara VorheesMay 3, 2013August 8, 2014 Why Travel With Kids
Somerville, Mass – Like many things that I do in my life, this is something that I decided on the fly. Then once I decided to do it, it suddenly became very important to me.
Now, I find myself dropping hundreds of dollars (and soon, thousands, as the twins start preschool in September) in attempt to follow through.
But if it works − and it’s still an ‘if’ − it’s so worth it. Because the twins will have a skill that will serve them well throughout their lives. It will facilitate travel, communication, peace, love and understanding. And it’s a skill that many people struggle with – but the twins will have it with hardly any effort at all.
So that’s the idea.
The reality is a lot of two steps forward, one step back.
As I mentioned, I didn’t really intend to raise the twins bilingual. To be honest, I didn’t think it was possible. We have plenty of friends and acquaintances who have international, multilingual marriages and are raising their children speaking two and even three languages. But Daddio and I are both plain old English-speaking Americans.
We do know Russian, but we really only speak it when we’re − you know − in Russia. I can speak a few other languages well enough to get in trouble, but not well enough to make any of them a primary means of communication around my house. Seriously, communication is hard enough in my mother tongue. 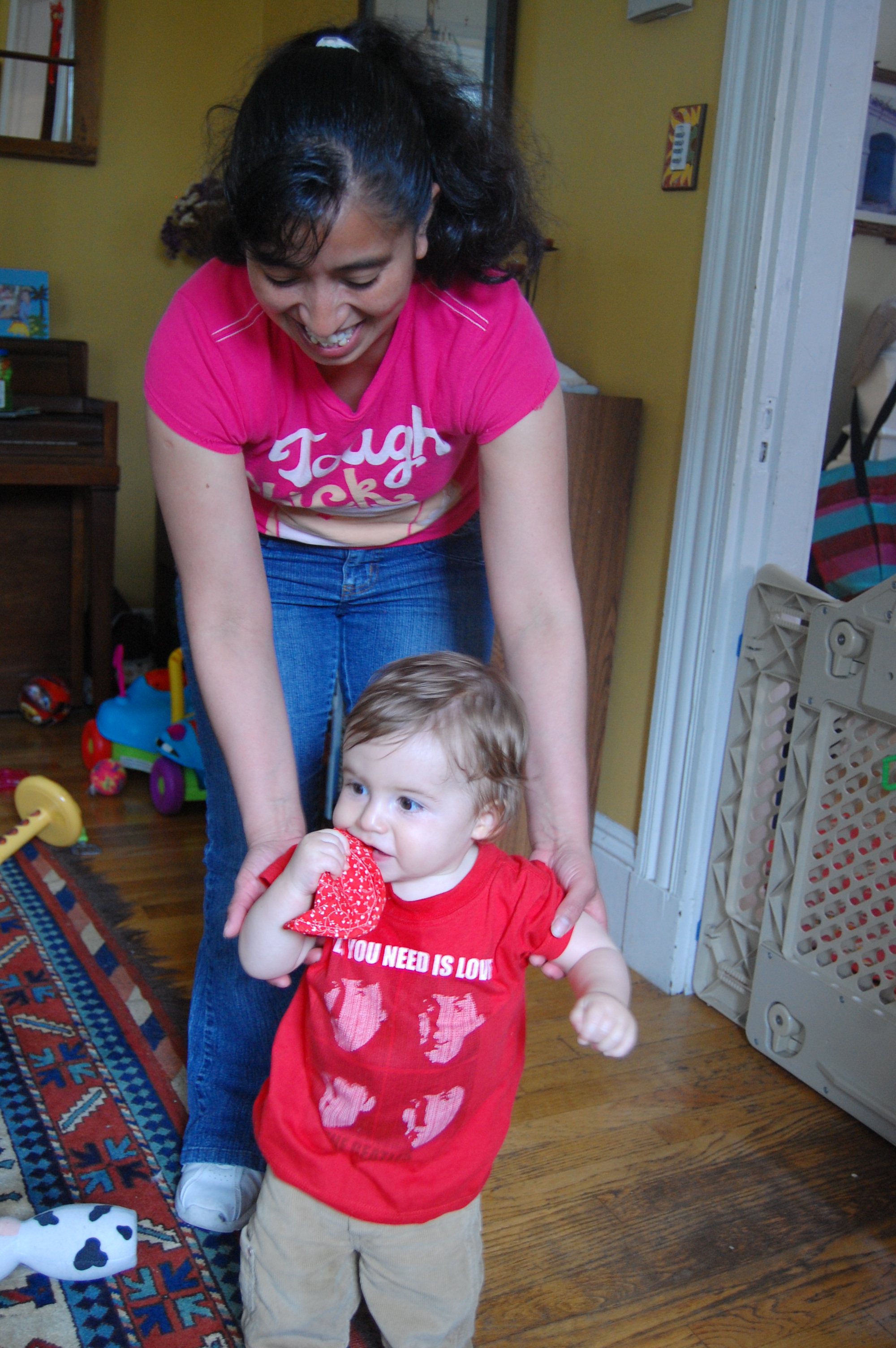 So, I never thought too much about teaching the twins a second language. But then, when they were infants, I was trying to nurse two babies and meet a writing deadline. Desperate and sleep-deprived, I hired a babysitter without even meeting her (though she did come highly recommended by another twin-mom). Although RM appeared to be about 16 years old, she was the mother of her own 6-year-old twins. She was a native of Guatemala and she spoke barely a word of English. She started caring for my twins (and talking to them) when they were about 8 weeks old.
RM came over two or three or four times a week for over a year. I don’t remember when I realized that the twins could understand her when she spoke to them in Spanish, and they responded to her just as they would respond to me. But I came to the conclusion that the first challenge of learning a foreign language had already been overcome – they could already comprehend Spanish.
And that’s when I became committed to raising my children bilingual − even if my own Spanish lacks verb tenses, proper pronunciation or any semblance of grammar. When RM left us for a full-time position, I hired another Spanish-speaking nanny, E, from the Dominican Republic. I signed the twins up for Canta y Baila and Hola La. I bought Little Pim and Plaza Sesamo DVDs. I even took them on vacation to Mexico. (Don’t question my motives.)
I have to admit that the results are slow-coming. The twins sit with rapt attention and listen while E reads books, but I can’t speak or read a word in Spanish without hearing “No mama, talk regular!” I know that they understand E when she talks to them, but they answer her in English. Only when I tell them very explicitly “Say `gracias’ to E,” they say it.
Every once in a while, I overhear them spontaneously counting or singing songs to themselves in Spanish. ¡Que feliz me siento!
But most of the time, trying to get my kids to speak Spanish is an exercise in patience. Why should this be different than the other aspects of child-rearing?
bilingual