Somerville, Massachusetts – A few weeks ago, the boys brought home from school the book ¡Fiesta! by Ginger Foglesong Guy and René King Moreno. A simple English/Spanish counting book with colorful illustrations, it shows preparations for a party, especially making and filling (and breaking open) a piñata.

For a short period of time, Twin V was obsessed with this book, which is not surprising, as he is obsessed with candy, which is featured prominently. I have also written in the past about his compulsion to collect and organize small things, so he was all over that piñata and its contents.
I remembered this when we were brainstorming about the twins’ birthday party. That − and my love of margaritas − inspired us to go for an Once de Mayo party, complete with fresh-blended margaritas, Daddio’s famous fajitas, and − for los pequeños − a piñata stuffed with toys and candy. 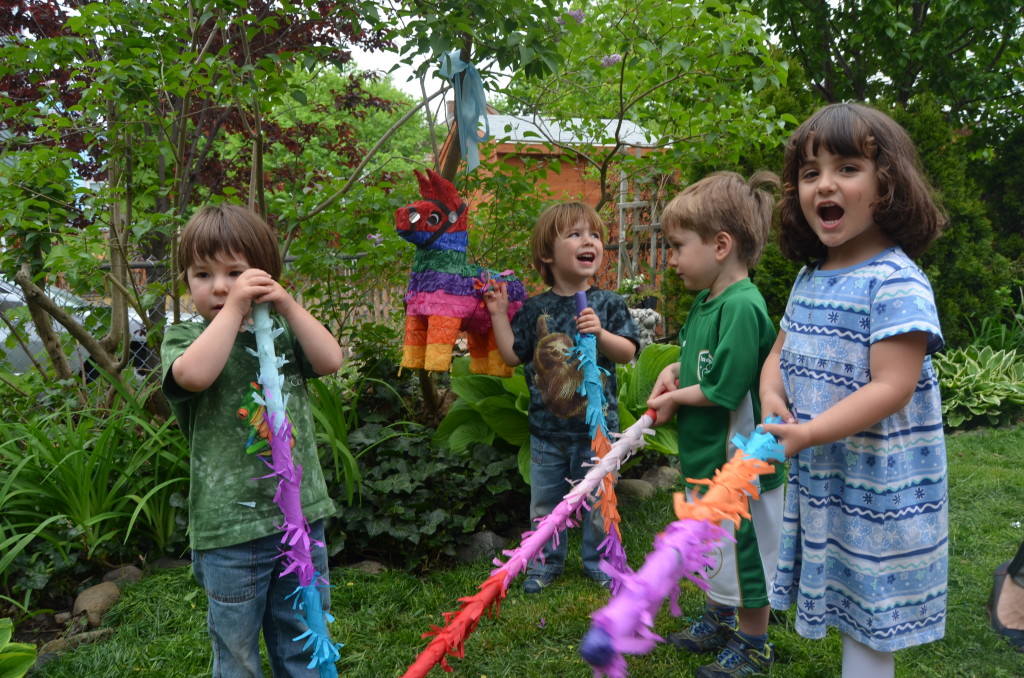 Just for the record, I am aware that fajitas were invented in Texas, and I’m not really counting this as an experience in cultural immersion. But it was a little different and pretty delicious − and I think the kiddos had fun too. 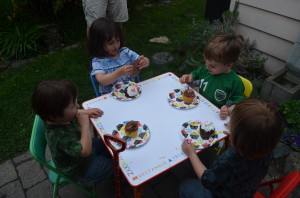