New Bedford, Massachusetts – After taking a few weeks off for other projects, the twins and I are back to work on the new edition of Lonely Planet New England.

New Bedford is pretty rough around the edges, but it has a super quaint historic center that has been restored to show off the grandeur of the city’s 19th-century heyday as a whaling center. In fact, it is a National Historic Park, so we first stopped by the visitors center to pick up a map and have a look around. It’s worth spending a few minutes to stroll around town, admire the architecture and take a peek inside the Seamen’s Bethel. This simple church was built in 1830 to cater to the spiritual needs of the thousands of seamen that were embarking on whaling expeditions from New Bedford.
Herman Melville departed from New Bedford when he went whaling in 1841. Seamen’s Bethel is the setting for a scene in Moby Dick. Or so I’m told; I haven’t actually read it (yet). One of these days I’m going to drop in for the annual Moby-Dick Marathon, a reading of the novel in its entirety that takes place on the anniversary of the author’s embarkation. Probably not with the twins though. It takes 25 hours.
After a quick stroll, the twins and I headed to the city’s main draw card, the New Bedford Whaling Museum, where you can learn everything you ever wanted to know about the whales, the whaling industry and the town of New Bedford. It seems like a narrow piece of history, but it’s not as narrow as you might think. Whaling was a critical industry not only in New Bedford, but also in Nantucket and other towns around New England.
While the museum caters to a slightly older audience, it is well-done and entertaining, even for 3-year-olds. Here’s what they liked: 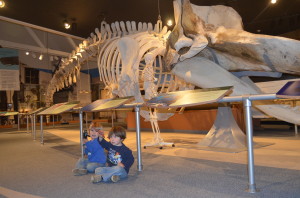 Giant whale skeletons suspending from the ceiling in the lobby and on display in other parts of the museum. 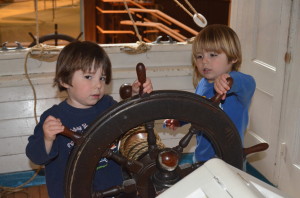 A half-size replica of a whaling ship, which could be touched, climbed on and run around. 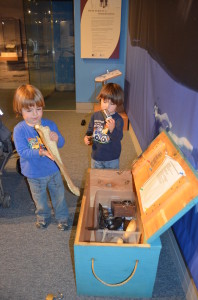 A short video about a team of modern-day marine heroes that rescues whales that are entangled in nets and such. There are actually a bunch of videos about all kinds of sea life, but twins just wanted to watch the whale rescue one over and over. 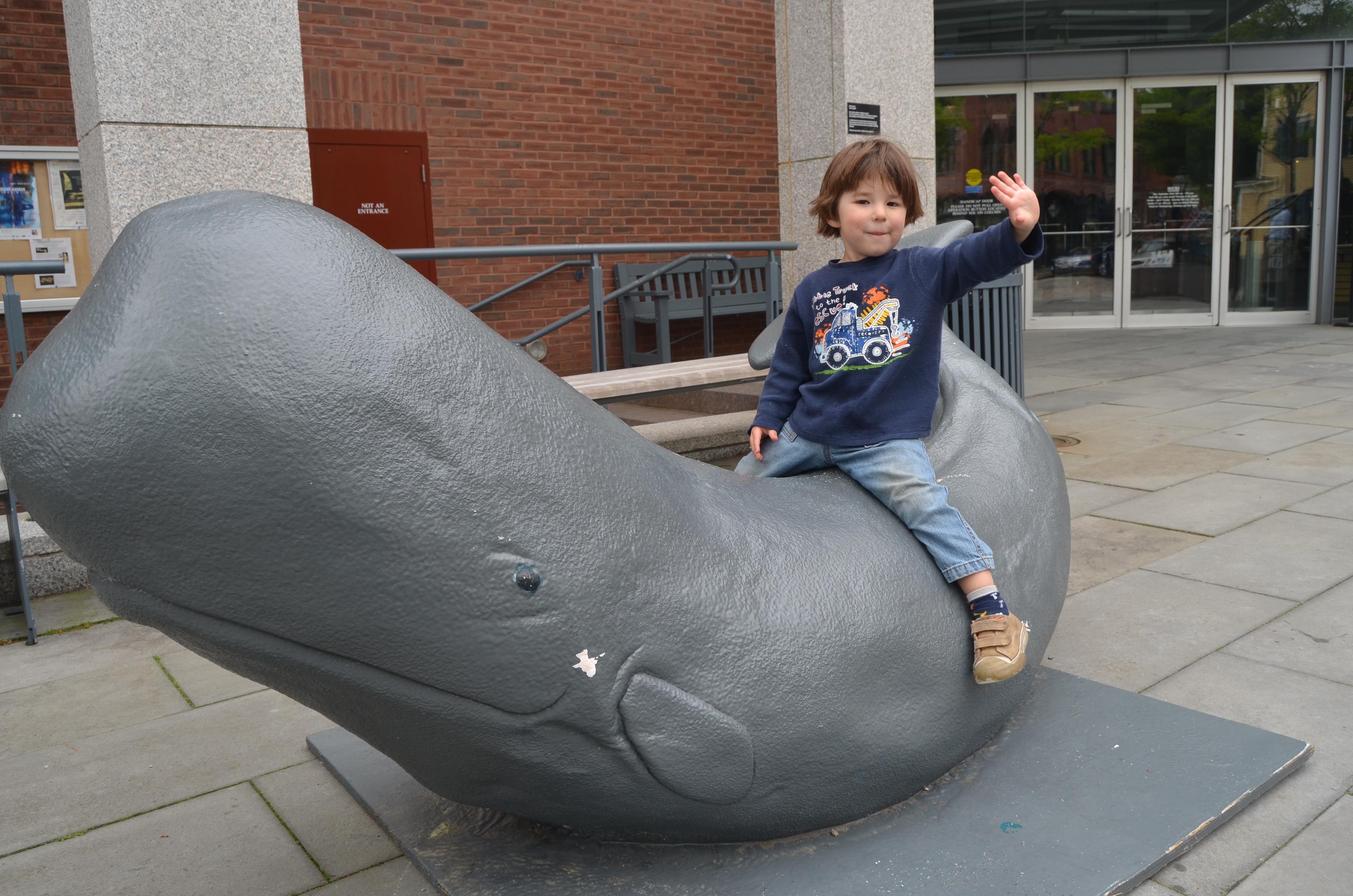 After lunch, we decided to walk along the working waterfront, which was recommended by the nice woman in the visitors center. The city is trying to promote these busy wharves as something to see − “an unobstructed view into the mechanics of the city’s thriving fishing industry.”
This is not as interesting as it sounds, but we did walk along Fishermen’s Wharf to check out the scallopers and draggers. It was the middle of the afternoon so it was mostly inactive. “Did you see any seagulls?” Daddio later asked. Not really. Not even seagulls.
So that’s New Bedford. Another unlikely destination, perhaps, but one that contains its own little history lesson.
Twin V later told his grandparents that we went to the dinosaur museum, causing me to wonder if he was really paying attention. So the history lesson might have been lost on the little guys, but they had a good time anyway.
massachusetts, museum, new bedford, new england