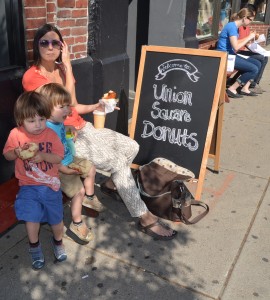 Somerville, Massachusetts – All the foodie people are talking about Union Square these days. We have not been able to get into Bronwyn yet, but we are already regulars at the other new and highly-touted gourmet destination in our neighborhood.
Union Square Donuts truly live up to the hype. They are big, chewy and delicious. They are also $3 a pop, but they are worth it.
Here’s our take on the fancy doughnut flavors:
Plus a few other varieties that we have not sampled yet. So get yourself over to Union Square for some doughnuts. Thursday to Sunday, 8am until they sell out. Yum. 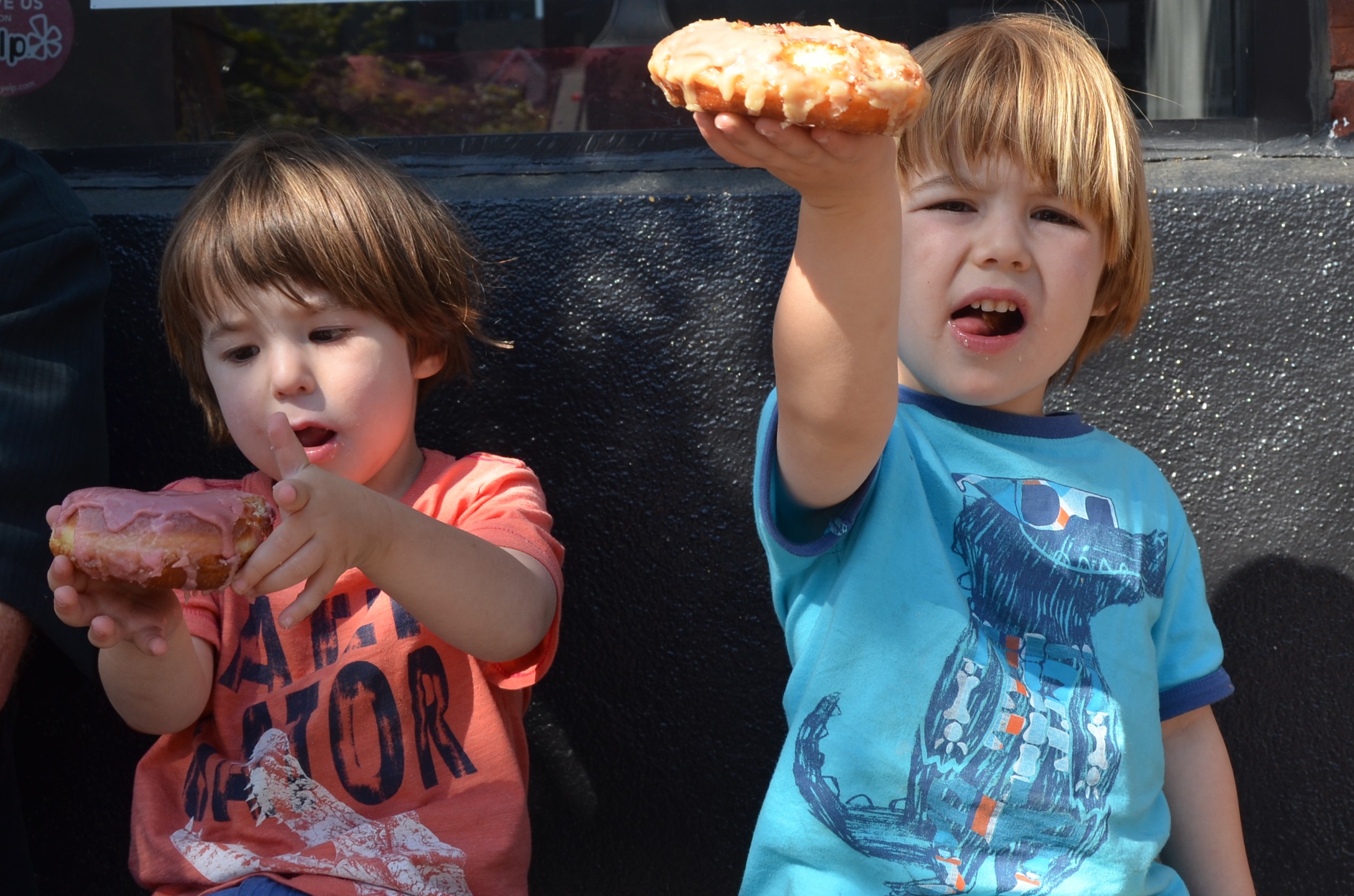