Skip to content
Mara VorheesAugust 30, 2013May 26, 2022 Destinations, Europe, Finland, How to Travel with Kids, Tips
Kirkkonummi, Finland – This was one of the major stress factors leading up to our trip: what are we going to do with the twins in Finland?
In the past, we have exercised various options for childcare while traveling. Our first choice is to travel with grandparents, who provide free childcare and some other benefits too. When we’re not moving around too much, we have hired a nanny in-country, eg, for a month in Moscow. In Finland, we pursued both of these options, but the grandparents were not making up their minds about coming with us and I had no leads for a nanny.
But what I do have in Finland is a most valuable resource: I have The Finns. Not only did my Finnish “mum” work in local kindergartens for some 30 years, she also knows how to find answers. She is the one who found the Kirkkonummi Kindergarten, a sweet, private English-speaking preschool that’s about 2km from the house where we are staying.
When I got in touch with the woman who runs the kindergarten, B, she was concerned that it would be too expensive. Normally the city or county pays for about half of the cost of childcare, but as non-residents we are obviously not eligible for this support so we have to pay the full amount ourselves.
I appreciate this concern, because it ain’t cheap, but in our country we don’t get any public support for childcare so we are used to paying the full amount. And by the way, in a notoriously high-cost-of-living country as Finland, the cost of the kindergarten (the full cost, which most people do not pay) is significantly cheaper than what we pay in the States.
My point is that the Finns know how to take care of their children. It starts with the Baby Box. It includes maternity and paternity leave, which adds up to more than 300 days of paid parental leave for each child. It includes subsidized kindergarten, or preschool. And it continues throughout the child’s entire education. The Finnish education system consistently ranks among the best in the world.
So the twins spent two weeks in Finnish kindergarten, before their grandparents arrived to take over childcare duties. This was no small deal, since it was the first time they experienced a “drop-off” care situation, joining a group of kids with no parent or nanny present. 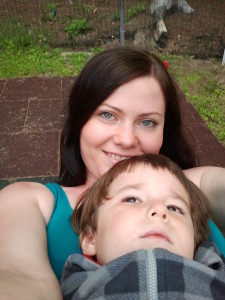 The kindergarten was not officially open when we first arrived, as everything closes for vacation in July. But B kindly made arrangements for one of her staff to come to the house and earn some extra money watching the twins. And so on our fourth day in town, a sweet Polka came over to spend the day with Twin S and Twin V. And she brought trains.
This was a brilliant strategy, as the twins started off with a special friend at kindergarten.
When we told them that the following day, they would get to go play with their friend and her trains with some other kids at the kindergarten, they were all for it. Honestly, we dropped them off and they barely said goodbye. The whole first week was like that. It was magic.
The second week, the twins got wise to us. Come Monday morning, they had no interest in going back to kindergarten. It didn’t help that their special friend was not working that day. But most of all, I think they had come to the stark realization that this was going to be the new norm. They were not happy.
But actually, they were very happy there. They put up a fuss when we dropped them off, but they always got a great report at the end of the day. They ate well. They slept well. They made friends. And when we peeked in the window before picking them up, they were always engaged and entertained. 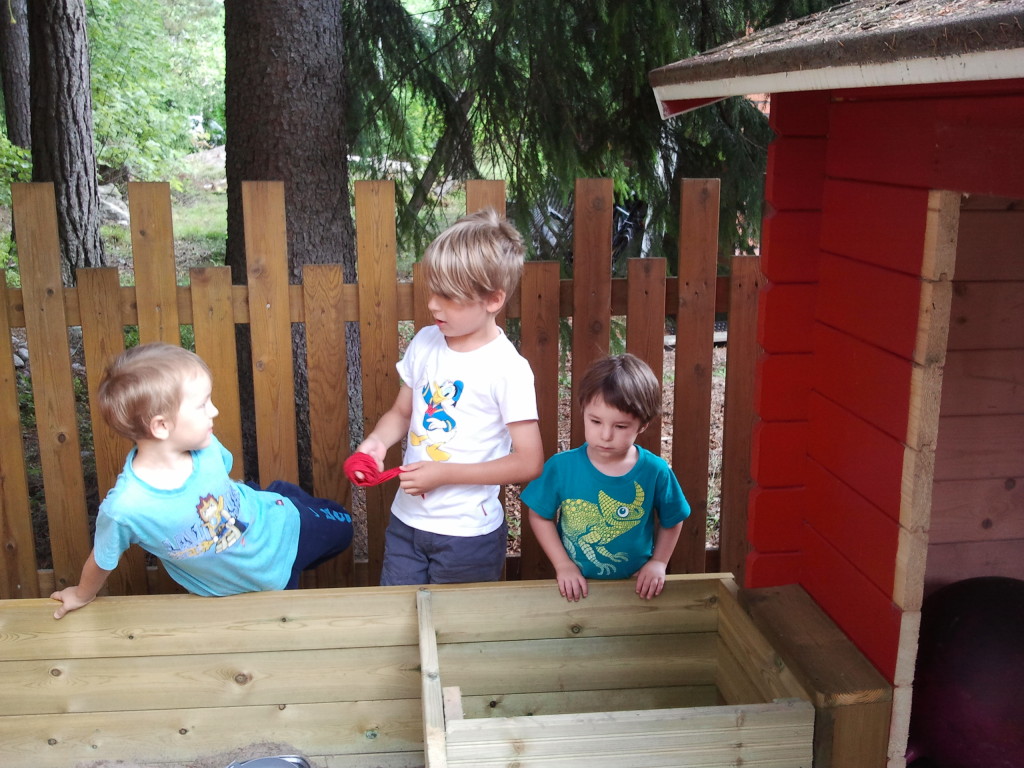 B especially complimented their involvement in circle time. She seemed impressed that they sang the songs and answered the questions posed to the group, interacting more than the other children. Of course, they have a little bit of an advantage, in that they actually, you know, speak English, while the other kids speak Finnish. But that’s okay, I was grateful for her compliments.
But mostly, I was grateful for her attention – and that of the rest of the staff. I felt like they took a special interest in the twins, even though they were only there for two short weeks. It was a very positive first experience for all of us – and a useful one, as we now look forward to the first day of preschool back at home. 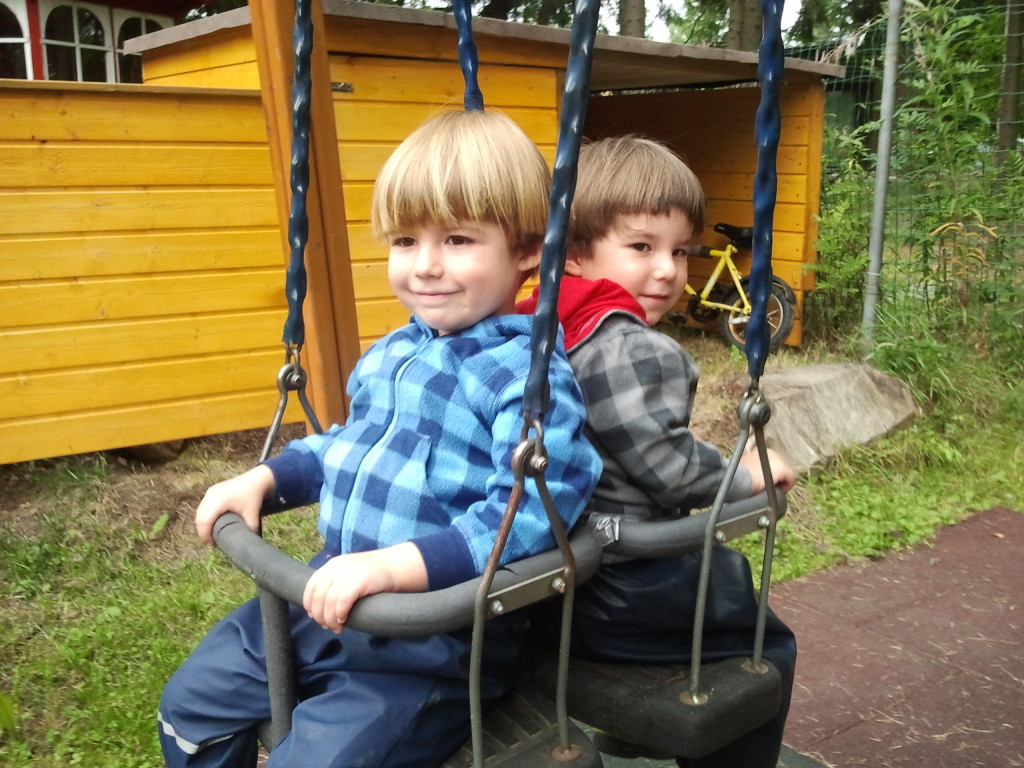 One thought on “Finnish Childcare”