Platanar, Costa Rica – This week we have been staying at Centaur Costa Rica, a gorgeous horse farm that is about 25km east of La Fortuna. In the background is Cerro Platanar; in the foreground are acres and acres of fields where the horses run free. 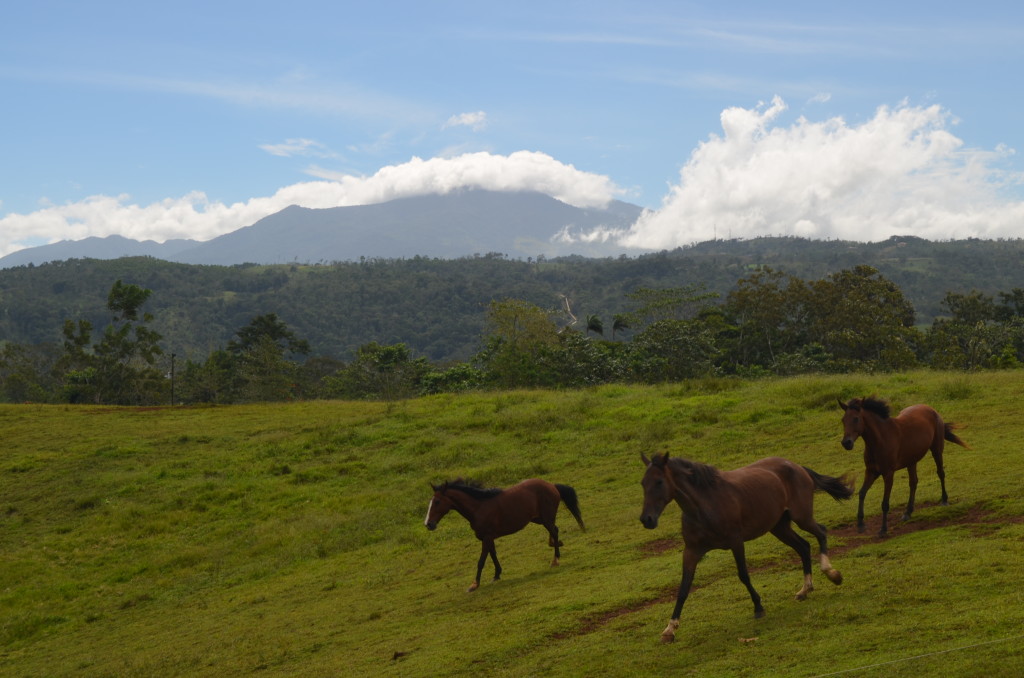 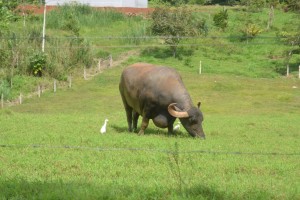 Besides the horses, there are some goats, a couple of the fattest pigs I have ever seen, and — just for fun — a water buffalo. The story is that our host Esteban’s son wanted a pet lion, and the water buffalo was the best substitute he could come up with. Now Tonka spends his days wallowing in the mud, cavorting with the horses and giving the occasional ride.
As you might imagine, the favorite activity around here is horseback riding. The grandparents went on an amazing half-day horse riding tour which had them fording raging rivers and traversing sugar cane fields, sampling tropical fruits and spotting two-toed sloths. We decided to try a shorter, tamer version of this tour with the twins.
Daddio and I are not exactly experienced riders, so we wanted the twins to ride with our guides, Pedro and Daniel. Twin S did not like this idea one little bit. But Daniel soon made him feel at ease, teaching him to talk to his horse and letting him hold the reins. Twin V was so relaxed that Pedro was worried he would fall asleep, at least until he started singing “Home on the Range”. 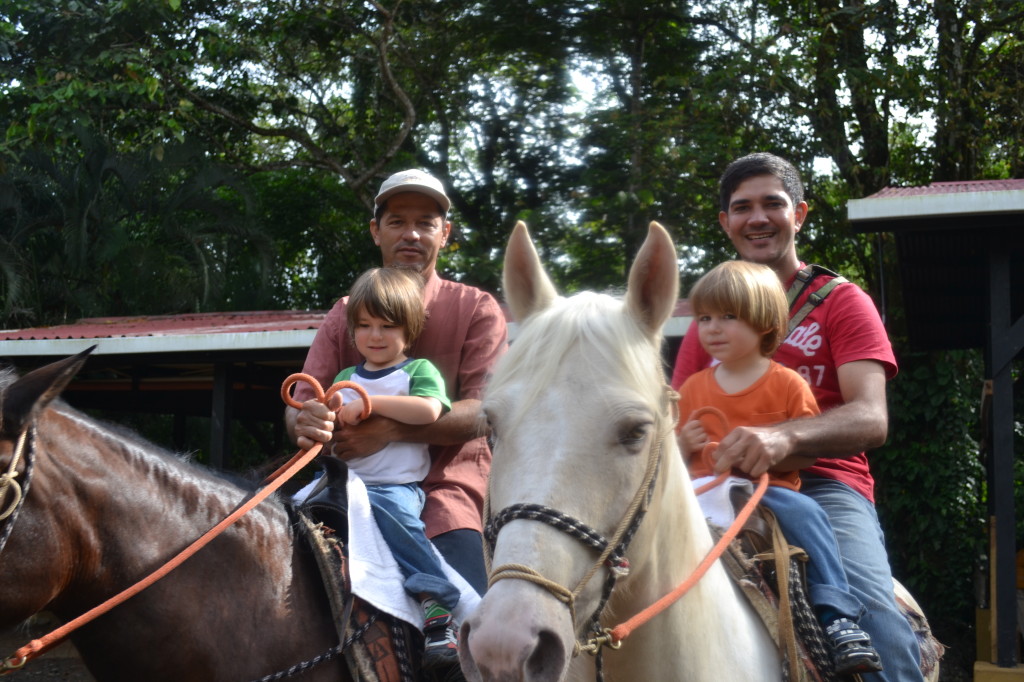 Both boys were thoroughly engaged and entertained on the ride, looking around and singing songs. We rode through farms and villages, attracting the attention of cows, sheep, chickens and plenty of dogs. We didn’t ford any rivers, but we did find a sleeping sloth and pluck mandarins from the tree. The twins used their keen eyes to spot Christmas decorations.
After two hours, the twins claimed they wanted more. Wise parents decided to quit while we were ahead.

Besides, we were already feeling our achy muscles and creaky knees.