Moscow, Russia – Can I just say that you never used to be able to do this in Russia? 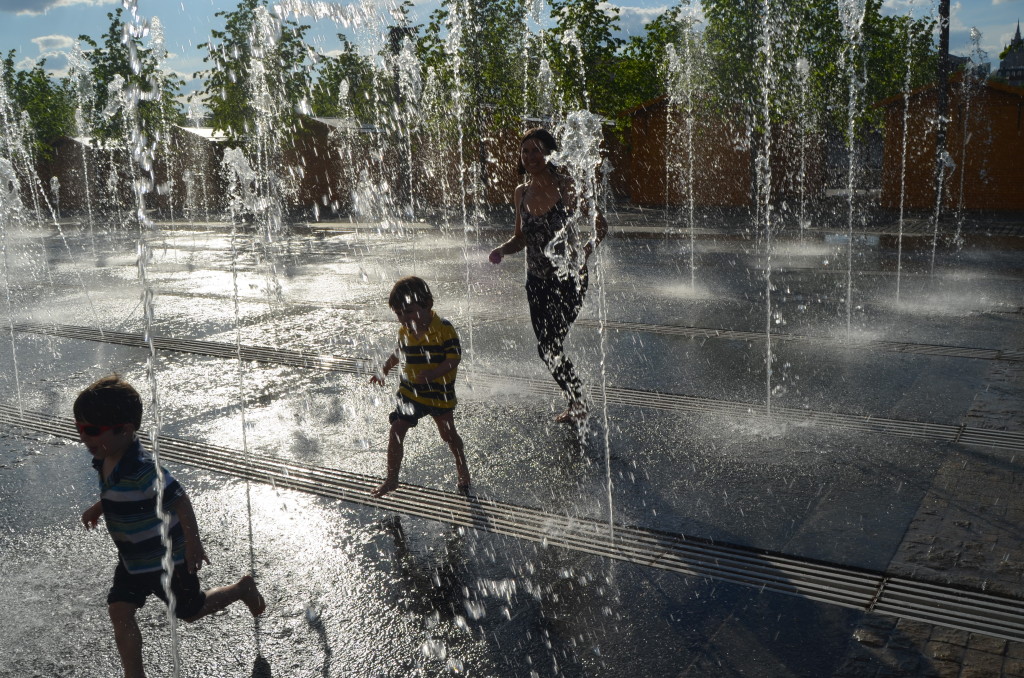 Sure, there were fountains, but they were often turned off. And even if they were on, you certainly couldn’t splash around and play in them. We could have spent all day frolicking in this dancing fountain (reminiscent of the Rings Fountain in Boston) on Krymskaya nab.

Here’s another thing you never used to be able to do in Russia. 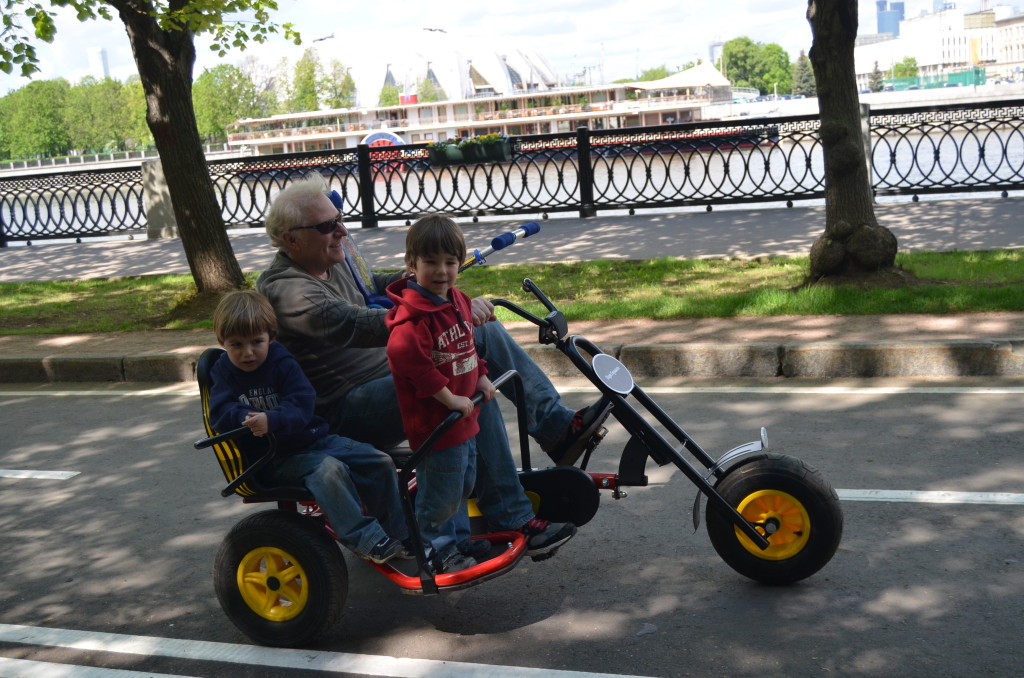 Mainly, nobody had bicycles (not even regular bikes, let alone funky three-wheeler bikes with a side car). Even if you had a bicycle, there was nowhere to ride it, as the streets were dangerous and the parks were unkempt. Now, you can buy a bike, rent a bike, or you can use Velo Bike, the new bike-share program. And there is a paved, off-road bike path that runs for about 8km along the south shore of the Moscow River, following the embankment from Krymskaya nab all the way to  Sparrow Hills.

Other things you never used to be able to do in Russia:

These are some of the popular activities taking place nowadays in the famous Gorky Park, which also lies along this same stretch of the river bank. Gorky Park used to be a fun but hokey amusement park, home to a rickety roller coaster and some other kiddie rides. 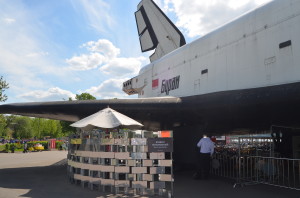 Daddio and I remember paying $10 each for a flight simulation on the Buran space shuttle. Worst. Ride. Ever. It was like being strapped onto a vibrating bed with a dozen strange Russians. Nowadays, the Buran is still here, but it’s being used as a bike rental station.

There are still a few overpriced kiddie rides, but Gorky Park has been
mostly redesigned for the new Russian yuppies–the city’s educated,
middle-class, 20 and 30-somethings.

This is the same segment of society that was protesting in the streets a few years ago, in response to fraudulent election. My friend and colleague–a political journalist who knows about such things–explained to me that the protests were a political flop, in that they failed to affect any change in the elections or fix any of the flaws in the system. Strict laws were subsequently enacted to make sure the protests did not continue.

But the protesters did succeed in getting the administration to pay attention to them. Suddenly, the city’s parks are revamped; flowers are blooming; fountains are flowing; your calendar is packed with art markets, yoga classes and beach volleyball; and you can park for free in the city center. Apparently, there is somebody in the administration who is in charge of keeping these young people busy and happy… and he’s doing his job.

It’s about quality of life. I know that Vladimir Putin is not a nice person, but his tenure has seen life improve dramatically for most people in Moscow. And it keeps getting better. Who wants to organize a protest when you can go out for a bike ride instead?