Moscow, Russia – I keep insisting on taking the family on outings to Red Square–not for fun, but for photo sessions. I mean, we can’t come all the way to Moscow without taking pictures in front of St Basil’s Cathedral. So even though Daddio and I have seen it a million times, and the twins are not particularly interested, we keep going back to Red Square.

It’s never fun. It reminds me that the last time we were in Moscow, we took the twins to Red Square for a photo session, and that wasn’t fun either. The square was crowded and the kids were cranky, but we did manage to take a few nice photos (see above banner), so I guess it was worth it.

On this trip, we have attempted this outing three times. The first time, nobody was allowed on Red Square because it was three days before Victory Day. The second time, St Basil’s was blocked by a gigantic temporary stage, the venue for a choral festival, which was blasting hymns and folk songs across the square. And today, the square was closed to the public, because this was happening in honor of the 92nd anniversary of the founding of the Young Pioneers. (Click on it, it’s really worth it.)

So, we still don’t have photos in front of St Basil’s Cathedral. But we do have this. 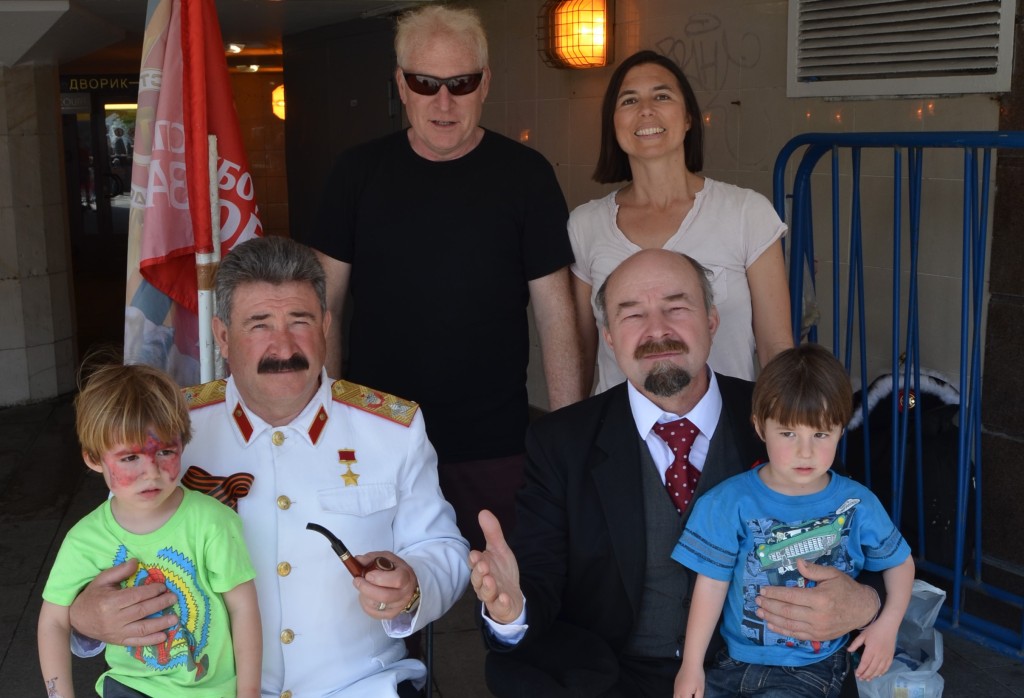 3 thoughts on “Back in the USSR”