Barnstable, Mass – Just last week, it felt like endless summer. Now that it’s August, it feels like it’s almost over.

Daddio and I quickly planned a trip to the beach. Just in time.

Day one. Lobster rolls at Fish Too, followed by building sand castles, exploring the tidal flats and frolicking in the surf at Millway Beach.

I’ve always been a fan of the Cape Cod National Seashore beaches. But in recent years, we have spent some time on the bayside of the Cape, and from a kid’s perspective, it’s unbeatable. The water is warm. The surf is calm. And the beach at lowtide is a treasure trove of shells, fish, crabs and other creatures. Kid paradise.

Day two. Another day at the beach, followed by ice cream at Four Seas. It lives up to the hype.

Day three. Investigating the glass-covered beehive, counting butterflies, and spying a scarlet tanager at Long Pasture Wildlife Sanctuary. This was our first visit to this Mass Audubon property. There is not a ton going on, but the twins did get to feed the snapping turtle in the visitor center. Another lobster roll for lunch, then a long slow drive home in Cape Cod traffic.

Not that I’m complaining… 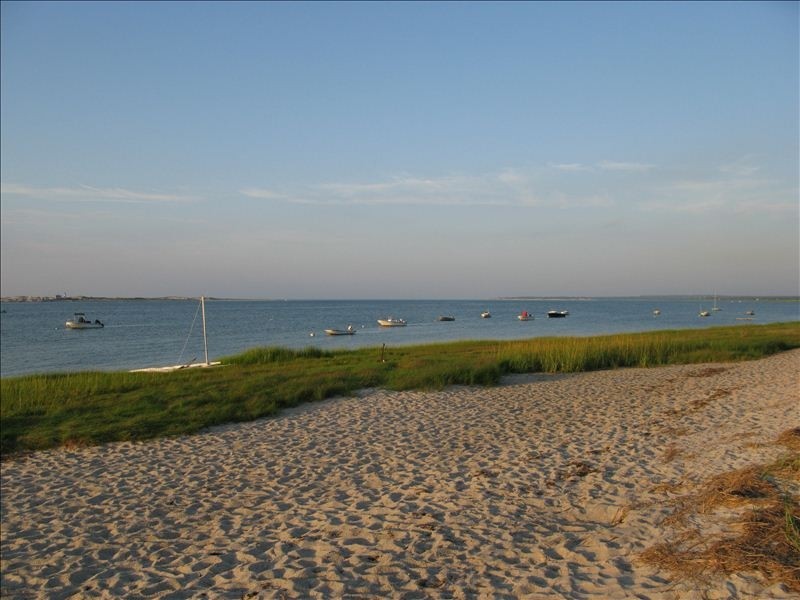