Boston, Mass – We’re trying the baseball thing this year. The twins got baseball gloves from the Easter Bunny. They’re going to try playing tee-ball next month. And today–for the very first time–they went to Fenway Park. 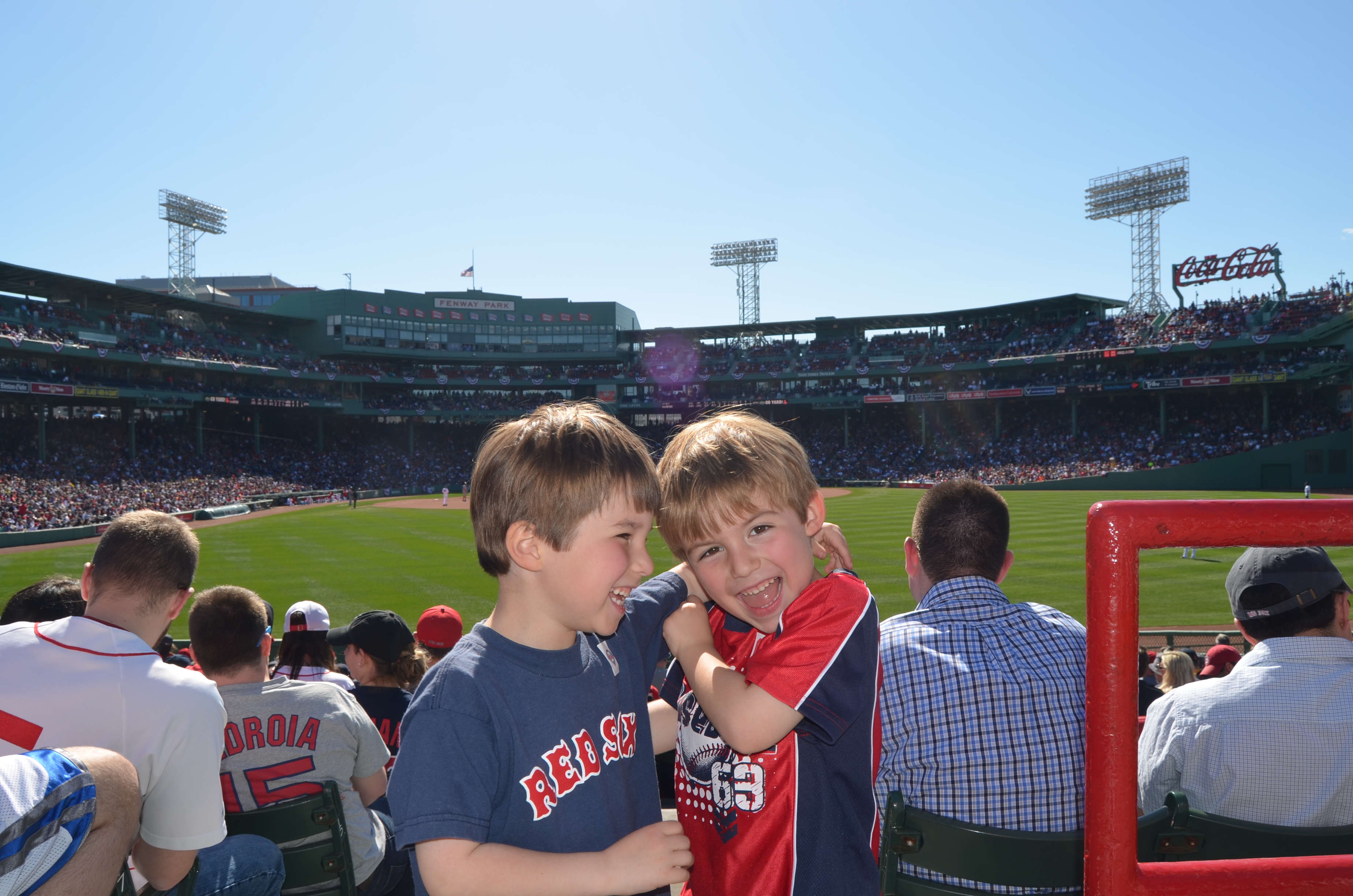 I got tickets on a whim, mainly because the weather in our fair city has finally become sunny and warm. What better way to welcome spring than with the Red Sox? I bought the tickets without consulting Daddio, so of course he has an important meeting tomorrow that he was supposed to prepare for this afternoon. But never mind… there’s more of a chance of Daddio rooting for the Yankees than missing the twins’ first baseball game.

Aside from the amazing weather, which guarantees that everyone was in a good mood no matter what, it was a dud of a game. The first innings moved extremely slowly. It was hard for the twins to see, so they lost interest pretty quickly. And, the Sox got blown away. We even missed the 7th-inning stretch, because my kids were busy running around the concourse and acting ridiculous.

(1) At 2:49pm, the game was paused for a moment of silence to honor the victims of the Boston Marathon bombings, which occurred two years ago today. It appeared that all 33,000 fans were on their feet, and the ball park was completely silent for a full minute. Or at least for the first 30 seconds, until Twin V said “What’s everybody doing?” We’re remembering, V. We’re breathing. We’re saying a prayer of peace for our city. We’re reminding ourselves that love wins. At least that’s what I was doing.

(3) The twins were having finger fights while Daddio was waiting in line for beer. Apparently this really charmed the gentlemen in front of them in the beer line. Or perhaps the men took pity on my husband and recognized that they needed to help him. But for whatever reason, the two guys “paid it forward” and gave the cashier money for our beer order before disappearing into the crowd.

Love wins, everybody… and there is no greater act of love than paying for a stranger’s beer.

One thought on “Fenway Park”