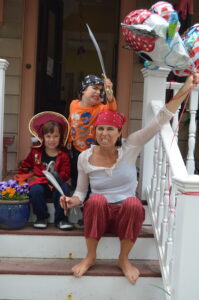 Somerville, Mass – Among the first European settlers of Belize were the British Baymen. These guys were essentially pirates and buccaneers, who hid out on the many islands and atolls off the coast of Belize, waiting for their next best chance to launch an attack. Even the now-deserted Half Moon Caye was thought to harbor pirates back in the day, though no one has ever managed to find any of their treasure.

With this in mind, we decided to celebrate the twins’ 5th birthday with a Pirate Party. Shiver me timbers!

We actually scheduled and sent out invitations before we went to Belize. Never mind that we were snorkeling, zip-lining, horseback riding, etc, the party was never far from their thoughts, and they frequently asked “When are we going to have our pirate party?”

Well, um, after we get home. How about that?

Then once we got home, we all came down with the scurvy (aka the stomach flu) and we had to postpone the party. One more week of agonizing anticipation… 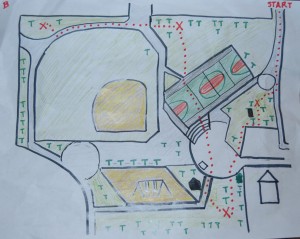 Anyway, it finally happened, and we had a ball. The highlight of the party was the treasure hunt, which took place in the nearby park. (I put my cartography skills to work on this treasure map.)

The kids found real treasure, like Mardi Gras beads, costume jewelry, gold coins and colorful gemstones. I can’t speak for our guests, but the twins are obsessed with counting, organizing and trading their treasure (much like real pirates, I would imagine).

We also had a pirate ship piñata and the mildly amusing Pop-Up Pirate game to keep the mateys entertained. Among their treasures, the kids all got squirt guns, so the end of the party descended into a wild water gun fight, which was pretty perfect. 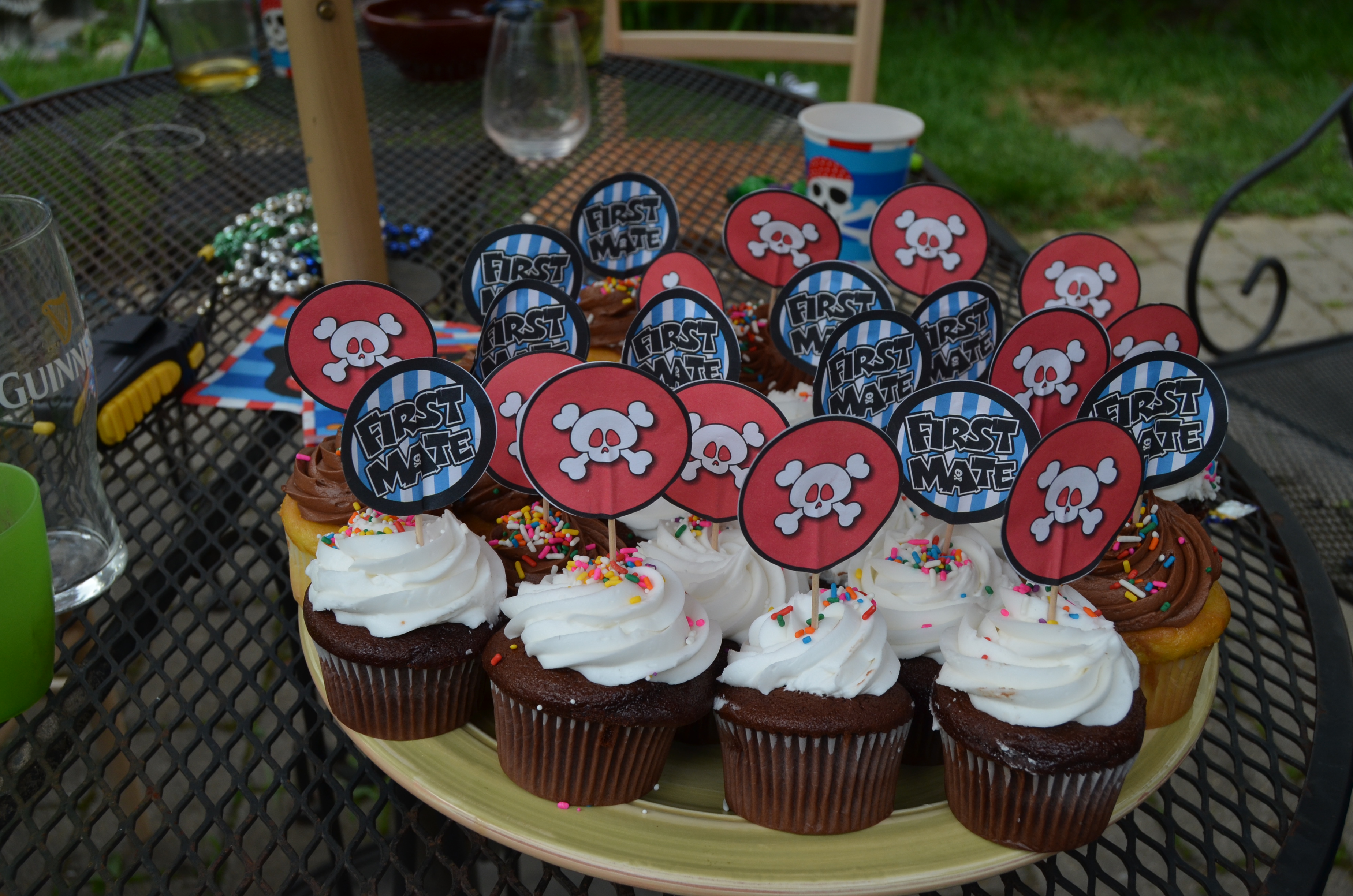