Lincoln, Mass – At some point in the last five years, we have been members of just about every single museum, zoo and nature park in Boston. It’s a survival strategy: when small children and harried parents need to get out of the house (as they do), there is somewhere to go.

Now that the twins are in school, we have less time for museums and fewer museum memberships. For the first time ever, I am taking advantage of the discounts that are offered by our local libraries. This service is well-known–as evidenced by the fact that the most popular museum passes get reserved weeks in advance–but it’s a great resource. And if you’re not the kind of person who makes plans weeks in advance, there are usually same-day passes available for some lesser-known museums in the area.

Which explains how we ended up at DeCordova, a small contemporary art museum set on 30 glorious sculpture-studded acres in beautiful Lincoln, Mass.

I wouldn’t normally recommend bringing 5-year-olds to a contemporary art museum (at least not my 5-year-olds). But guess what? This one is outside. Well, the sculpture garden part is outside. The twins did have to show some restraint and not climb on the sculptures (which was challenging, apparently). But running wild was almost as good–and they might have even seen some art along the way. 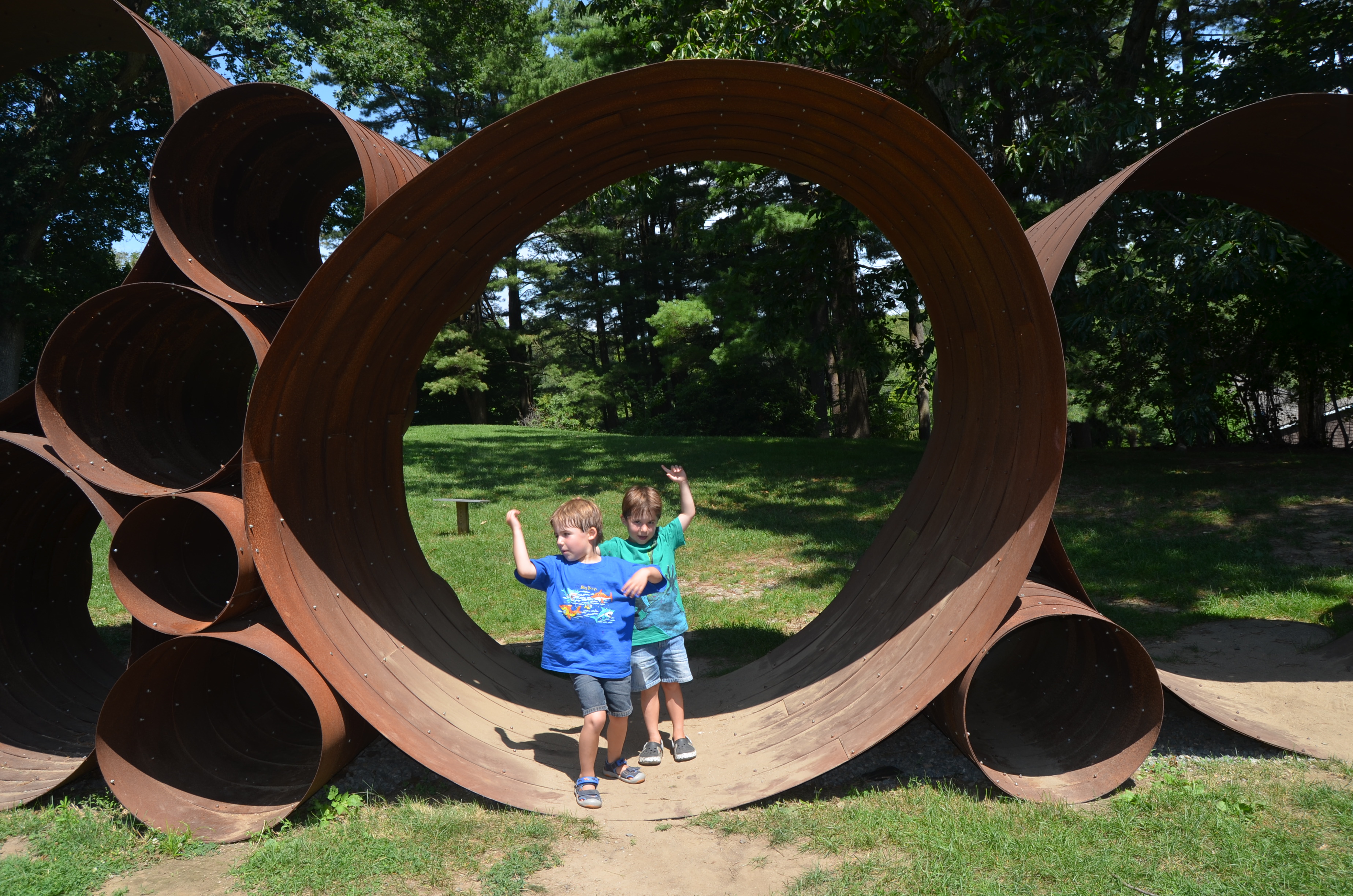 DeCordova gives out activity kits, which include directed questions about certain sculptures, as well as some materials for kids to draw or make their own sculptures while traipsing around the campus. I can state with some authority that kids might respond to these activities in very different ways. Some children might plop right down and start drawing and building, even while others might be yelling at them to come help launch a surprise attack on those girls that were in the parking lot.

I shouldn’t imply that the twins did not pay attention to the artwork, because they both did. Some of the questions effectively encouraged the kids to examine the pieces more closely and think about them. When I asked Twin V  what this was a sculpture of, he said it was five guys. And when I asked him and his brother to pose for a picture, he said “Now it’s seven guys!” 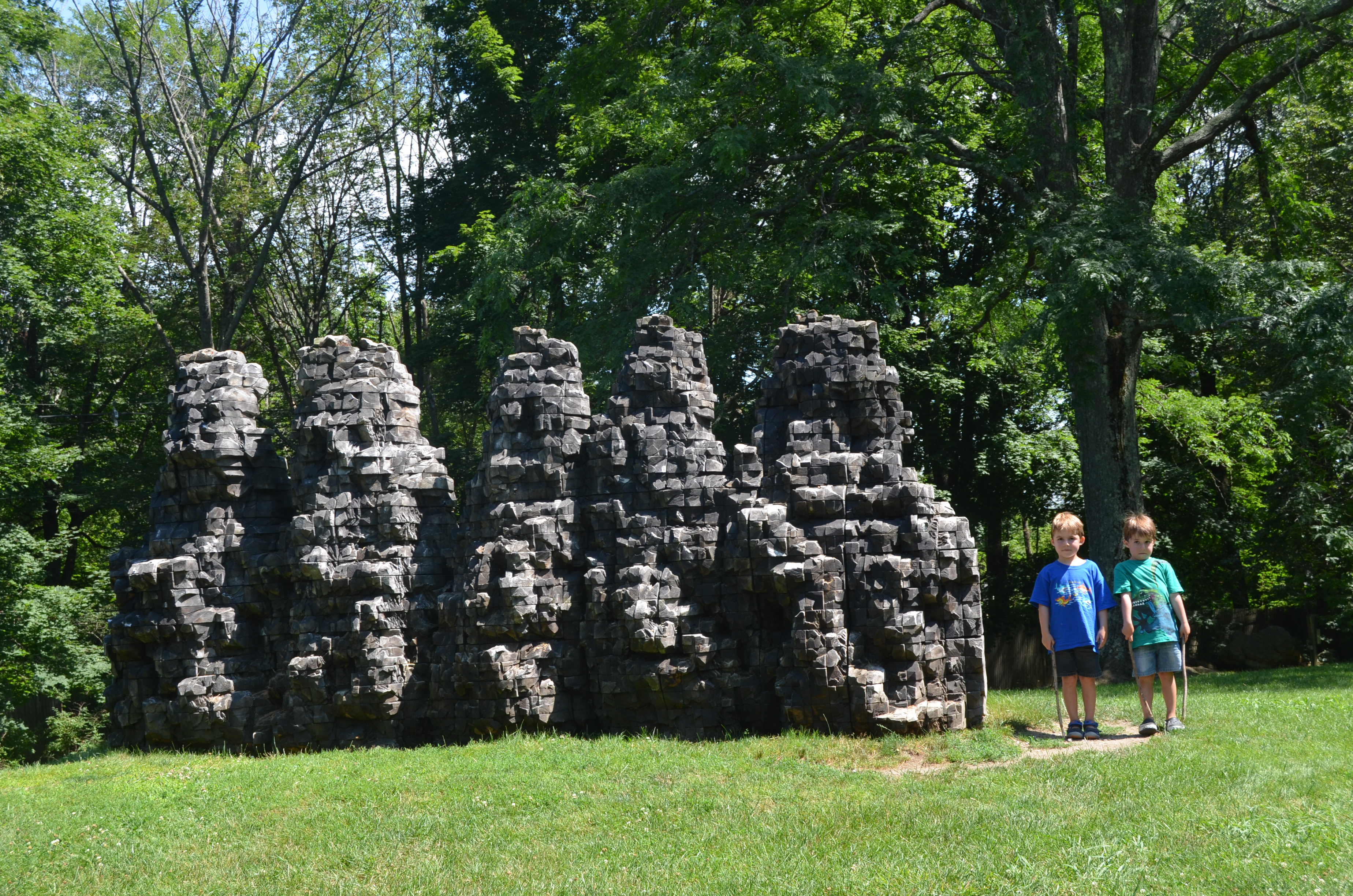 Prior to leaving, we stopped at The Square, which is a cool (as in air-conditioned), hands-on activity center where kids can draw and build and play. The twins got quite involved in a bridge building project that turned into a castle building project, and then they did not want to leave. Which is how things go.

Twin V actually asked if we could come back tomorrow so he could finish his castle. Better call the library and see if the museum pass is available…