Somerville, Mass – Our lovable city has been the subject of many recent articles touting how cool it has become. We’ve been in the Boston Globe, the New York Times and even Delta Sky Magazine. And of course, most recently, we were recognized as one of Lonely Planet’s top destinations for 2016.

Used only slightly less than the word “hipster” to describe residents in such articles, is the comparison of Somerville to Brooklyn. Even the Globe article states “there [is] a spirit of Brooklyn in the air,” as if you can’t do yoga and drink craft beer in any city in the country (or world, for that matter).

I suspect that one reason many writers can’t let go of the Brooklyn comparison is that Somerville is home to an outlet of Brooklyn Boulders. Therefore, it must be like Brooklyn, right?

Anyway, BKB has been here for a few years already, but we finally decided to check it out. Actually, without checking it out, we decided to take the twins and a few friends for their birthday. We dreamed up this idea after spending an afternoon watching the twins chase each other around the rocks in Central Park; so an actual rock-climbing gym seemed like a surefire win. It wasn’t. 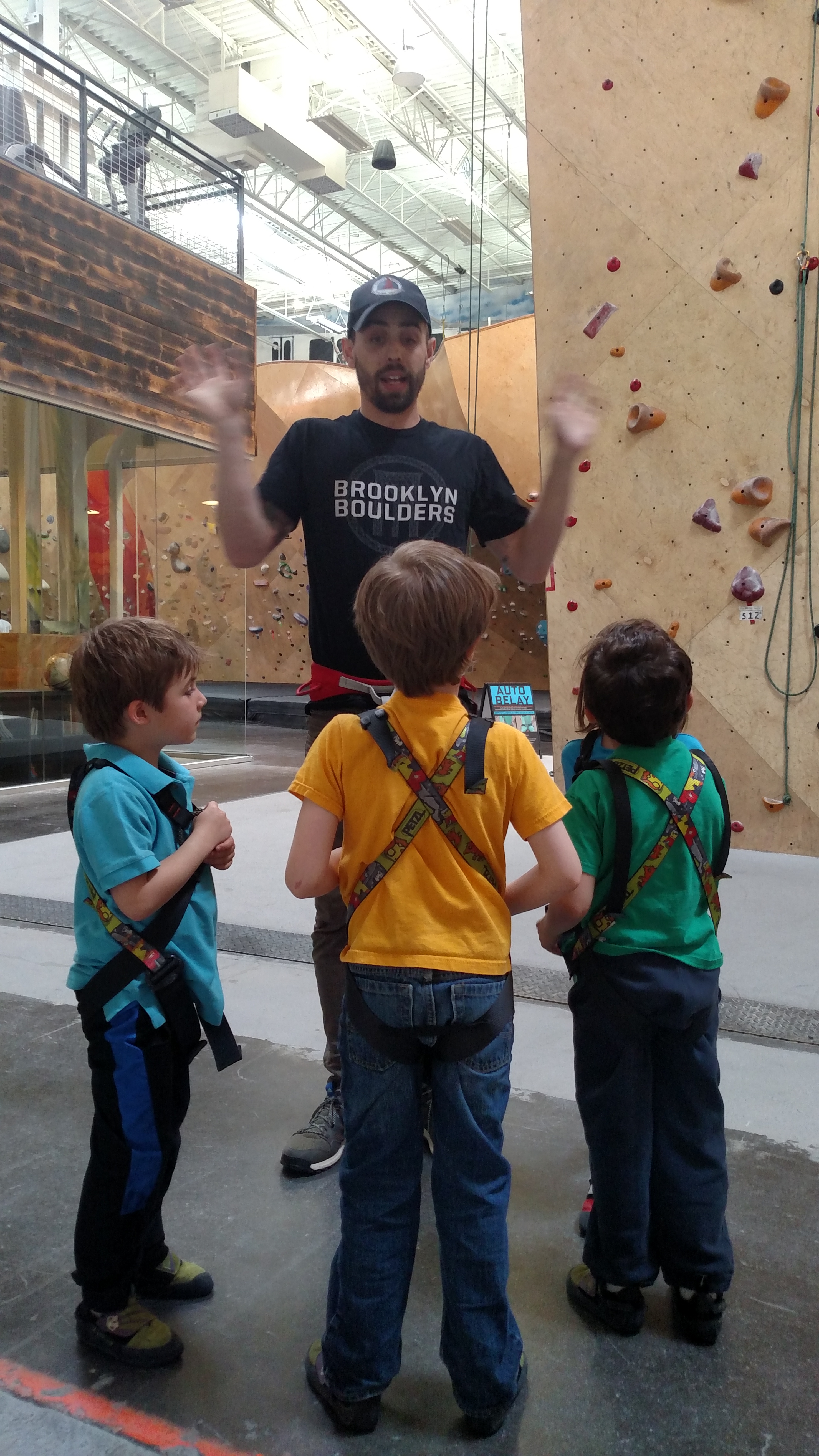 Let me start by saying that this facility is awesome. It’s huge. There’s an impressive array of rock-climbing walls but there’s also a slew of other facilities, such as workout space (including yoga classes and fitness equipment) and working space (including meeting rooms and wifi throughout the massive building). It’s bright, clean, colorful and friendly. It’s easy to understand how somebody could get into rock-climbing here. And if you’re already into rock-climbing, it’s easy to understand how you might want to hang out here all the time.

Our belay was terrific with the children and they all had a fantastic time scaling the two sides of the “castle.” But they had to take turns, of course. While waiting, there was not really anything else for them. There are three other routes for beginners, but these were very difficult for most of the kids in our party. It was still a good challenge, but it didn’t take long for the fun of the challenge to wear off. Considering the high price of admission – plus the extra cost for a belay, which is needed for the castle walls – it’s just not worth it.

I’m not giving up on BKB forever. The twins had fun and they insist that they want to go back, and we will — someday. But we’re not exactly the target audience for this place. (That would be the local “hipsters.”) 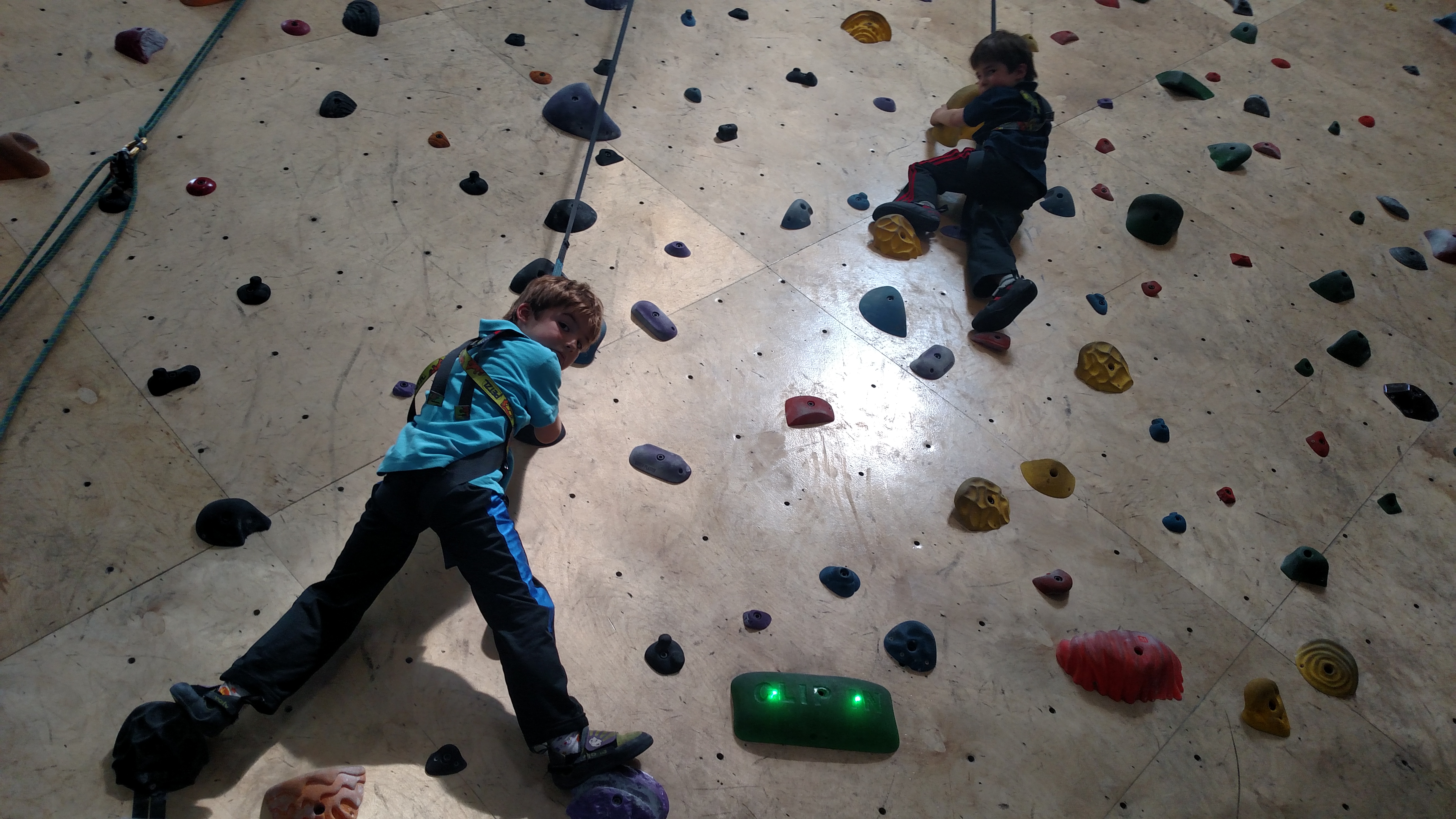 One thought on “Brooklyn Boulders”