Boston, Mass – Daddio has always been against the Pops. I understand his distaste for “Symphony Light,” but I am not too cool for the Pops. And the twins are not too cool for anything. So when the BSO sent us a mailer about Puppets Take the Pops, we went for it. We have enjoyed some of the BSO family programs in the past (read about our experiences here and here and here) and I was excited to see they were experimenting with something different.

Well, not that different. They still did Peter & the Wolf (sigh). I do lament the lack of diversity at these children’s programs. Would somebody please write another musical symphony for kids? How hard can it be? Prokofiev did it in four days (apparently).

We sat at tables in the orchestral area of Symphony Hall, and (bonus!) they served us drinks. It was expensive but I think it was worth it to sit up close, as we had a great view of the puppets, which were awesome. They were created and animated by students from the puppetry program at UConn. The P&W narrator was a puppet of Arthur Fiedler, which was very cute, though it probably went unappreciated by the 12-and-under set. In addition to Peter and friends, there were flamingos on roller skates, gigantic butterflies and colorful fish. They definitely kept their audience entertained.

Besides Prokofiev, the puppets danced around to a series of Leroy Anderson pieces. Anderson was a composer of light, orchestral music who – back in the day – did plenty of composing and arranging for the Pops. His most famous piece is the holiday song “Sleigh Ride.” Which they played. Even though it is May. (Sigh. Maybe I am too cool for the Pops?)

The Pops finished off with another specialty — music by John Williams — this time The Force Awakens. Williams was the conductor of the Pops for 13 years, so I know they have a special thing for him, as do the twins and all lovers of Star Wars. No puppets of Finn, Rey or Kylo Ren, though. Apparently, Disney is too cool for the Pops. 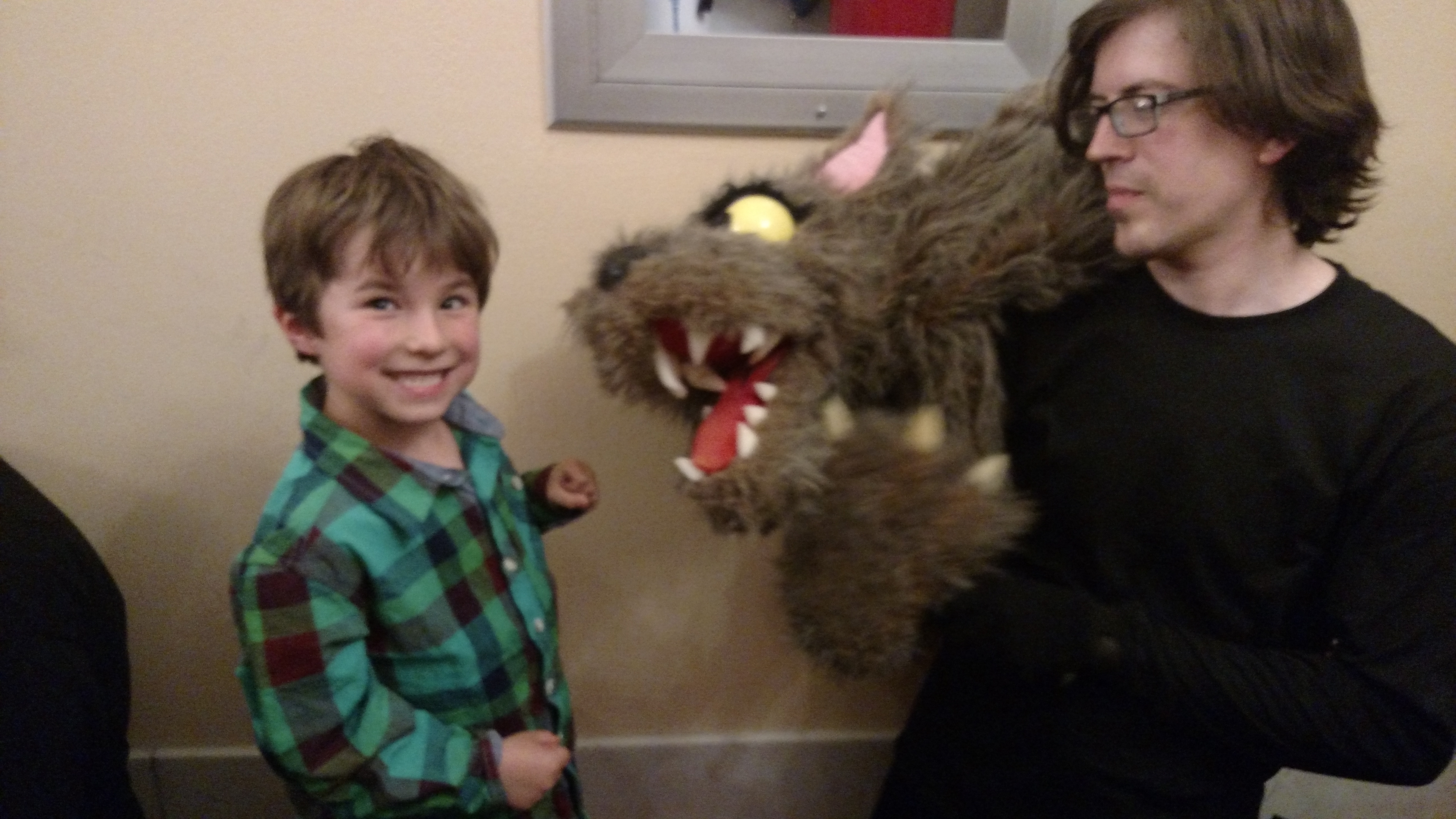