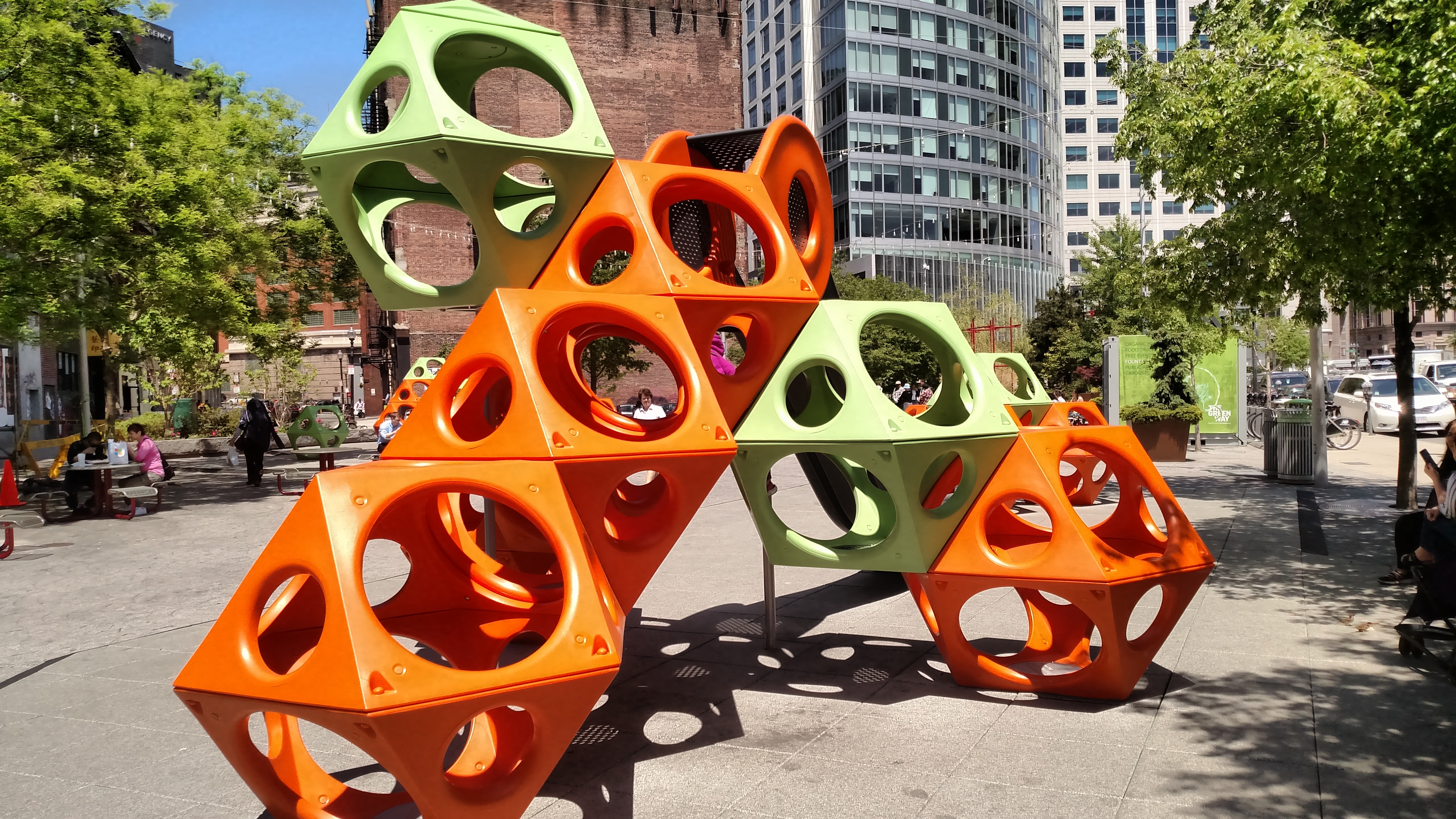 Boston, Mass – I happened on this new little play area in Chinatown Park. It’s nothing earth-shattering, but I was struck by the unique design – colorful, modular pieces that fit together in unusual ways to allow crawling, climbing, slithering, sliding and more. Most notably, it is different than the cookie-cutter playground equipment that you see in most parks. 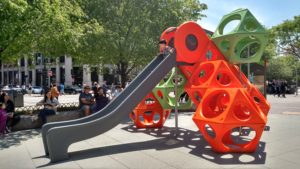 Turns out, the Play Cubes are part of a new exhibit by Design Museum Boston, which highlights Extraordinary Playscapes around the city and around the world, as well as hosting discussions and kid’s workshops to discover what makes for a great place to play. The Play Cubes are one of two new playscapes being introduced by the Design Museum, but the exhibit also features some great play areas that are not new, including the Lawn on D in South Boston (pictured below), Kemp Playground on the Cambridge Common and–my personal favorite–the Esplanade Playspace. 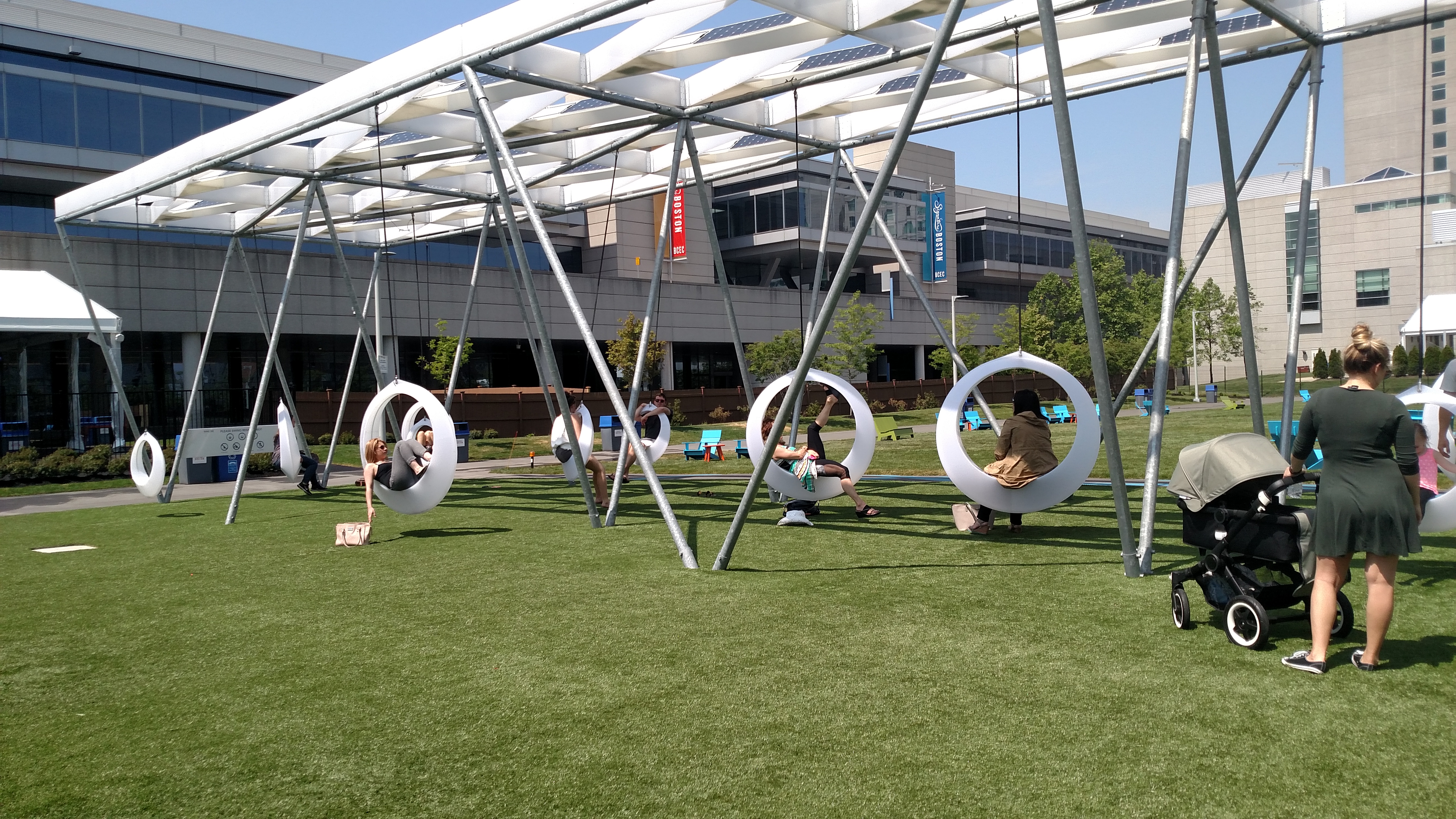 In early June, the Design Museum will unveil a new `play sculpture’ at City Hall Plaza. A playscape that doubles as public art – brilliant!

Stop by the Design Museum Boston between June 8 and September 6 to see the interactive exhibit and pick up a Playground Passport – a guide to the featured sites around town.