Plymouth, Mass – After my crisis of conscience that occurred along the Mohawk Trail, I jumped at the chance to give a proper, accurate introduction to local Native American tribes. If the twins are so interested in Native American culture, let them see the real deal at Plimoth Plantation.

This large, outdoor “living” museum is famous for its historically accurate re-creation of the Pilgrims’ settlement circa 1627. Many people are not aware that the museum also contains a model of a 17th-century Wampanoag Homesite. The site is staffed by native people dressed in traditional clothing, but talking from a modern perspective about Native American history and culture. (This is different than the English village exhibit, where actors adopt the character and language of 17th-century peoples.)

At the Wampanoag Homesite, the wetu, or wigwam, was covered with animal-skin rugs, and weapons, toys and tools hung on the walls. A native woman worked there, also answering questions about the clash of cultures between the native peoples and the European settlers. Daddio reported that the twins were intrigued by all the artifacts, but they were not allowed to touch. And they were interested to hear what the Wampanoag woman had to say too, but the conversation was quickly hijacked by other visitors (adults) and they lost interest. Nonetheless, they got a firsthand glimpse of the native culture–no headdresses, war dances or teepees–so hopefully that will stick with them.

Afterwards, Daddio took the boys through the English Village, where the “Pilgrims” were busy working in their houses, gardens and barns. There, the twins’ main interest was the chamber pots that they noticed in every house (once they figured out what they were). Otherwise, the highlight seemed to be the fort and its cannons. Of course. Still, I hope the museum will provide some (accurate) historic context for stories like the First Thanksgiving, which they have already heard many times.

After lunch, we stopped in at the Mayflower II, which is a full-size replica of the Pilgrim’s sailing vessel. The kids were only mildly interested in listening to what the costumed actors had to say about their adventures on the water. But they did enjoy testing out the various tools, games, kitchen utensils and other old-fashioned instruments they had on board. They were especially interested in swabbing the deck. Maybe I should somehow take advantage of this? 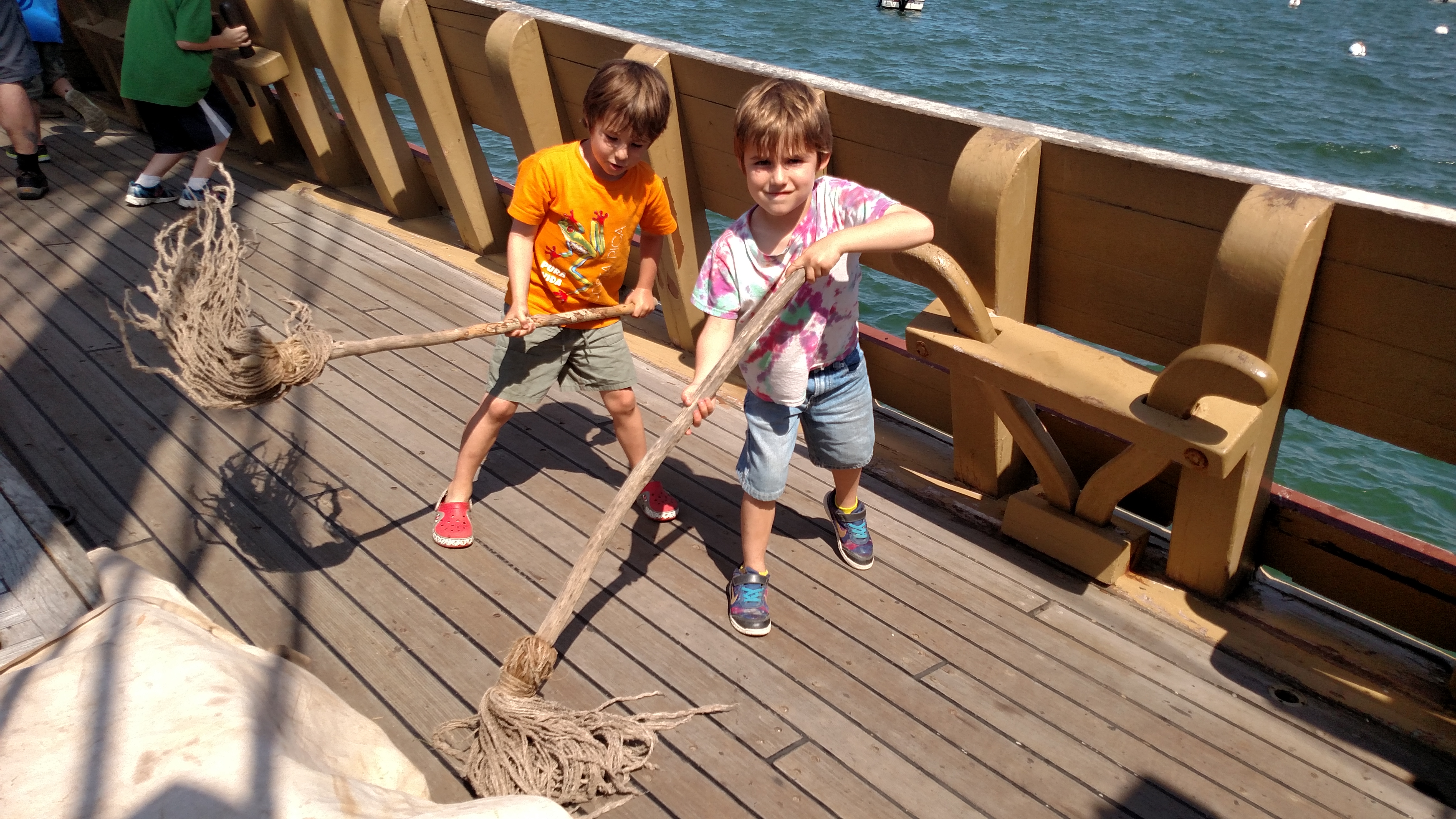