Somerville, Mass – Last year for Halloween, we went a little crazy over Ancient Egypt. We decorated the front of the house like a haunted mummy’s tomb, and the twins dressed up like a Pharaoh mummy and a zombie archaeologist. We learned a LOT about Ancient Egypt. As I wrote last year, it’s not every monster obsession that can become an educational opportunity but I think we pulled this one off.

This year, the love of monsters continues, especially ancient monsters. So here’s what we got…

The Mummy’s Tomb is bigger and better, now including the entrance to the pyramid. The zombie archaeologist (Twin S’s costume from last year) is now part of the display. The fog machine did not work out, but the overall effect was still pretty great. We overheard a stranger saying that this was the best Halloween display in Somerville, which is high praise indeed! 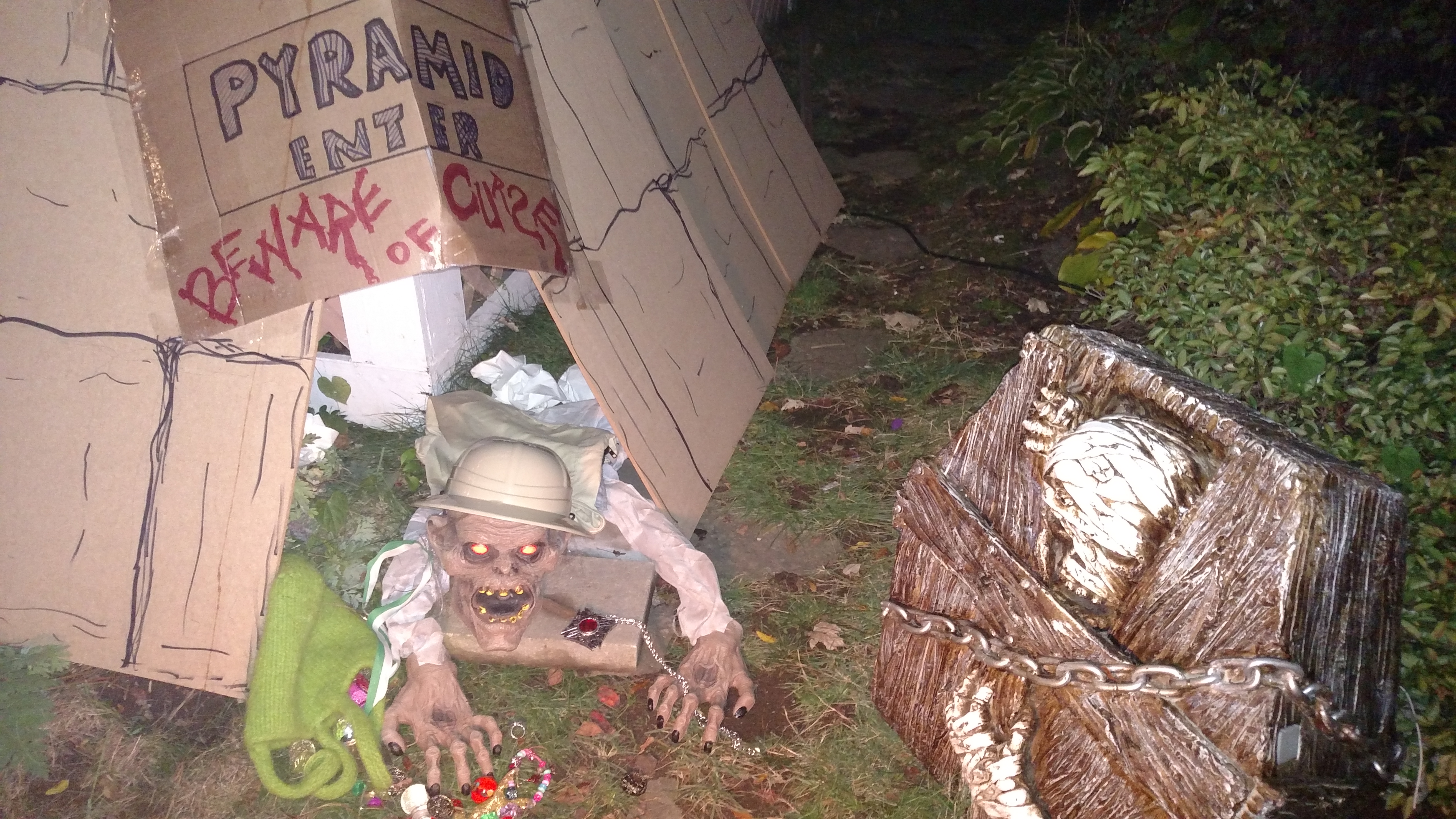 Beware the Curse of the Mummy’s Tomb 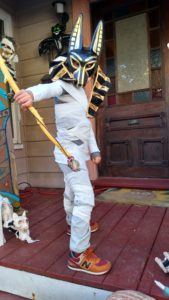 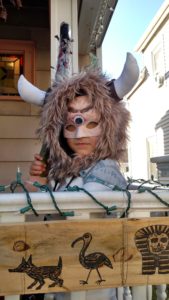 The twins had some trouble deciding on costumes. They both wanted to be mummies (again) but somehow, one monster was not quite enough for them. Twin S insisted he wanted to be a mummy Cyclops. The one-eyed Greek giant is not known to have been mummified, but we went with it. Twin V finally decided on a mummy Anubis — the Egyptian god with the jackal head who accompanies souls into the afterlife. Again, he’s not normally depicted as a mummy, but we tried not to sweat the details.

The twins are so excited about ancient monsters and gods and archaeological ruins, I decided we should take advantage of their enthusiasm. What a perfect excuse to plan a trip somewhere. Too bad we can’t afford to go to Egypt right now.

BUT we have our own ancient pyramid-shaped ruins right here in this hemisphere, and a pretty good line-up of gods and monsters, too. So in a few weeks, we’re headed to the land of the Maya.

Last year, I impressed myself by turning a monster obsession into an educational opportunity. This year, I turned that same obsession into a trip to Mexico. Even better!