Cobá, Mexico – The Maya ruins at Cobá are harder to get to, more spread out, less manicured and–I’ll say it–more fun than the ruins at Tulum. It’s worth the trip, especially for two active six-year-olds who are eager to run, climb and explore every nook and cranny.

The site at Cobá is vast. It’s spread out over some 30 square miles, most of which is blanketed by tropical forest. There are several clusters of excavated ruins, but much of the site has yet to be uncovered. This jungly wildness really enhances the sense of adventure for little explorers (or for anyone, really).

Because Cobá does not see as many visitors as some other sites in Mexico, they still allow visitors to climb on some of the structures. Most importantly, you can climb 120 high steps to the top of Nohoch Mul (Big Mound), which also goes by the more enticing name of Great Pyramid. At 42 meters, it is the tallest Maya structure on the Yucatán peninsula. It’s a steep climb, but the view from the top is magnificent. 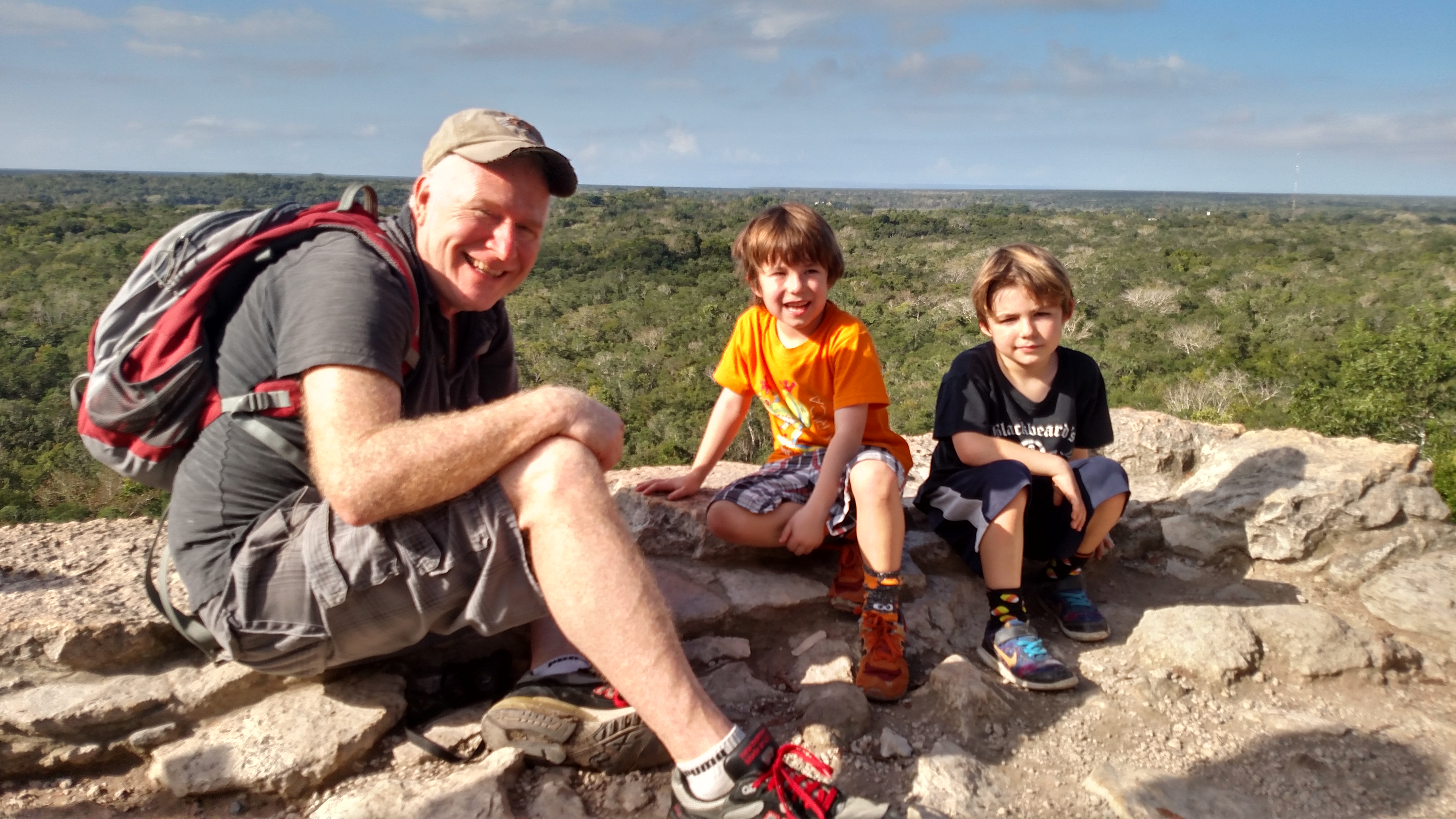 In addition to the many temples, towers and residences, Cobá has two well-preserved ball courts. The ancient ball game was both athletic competition and religious ritual, and the Maya were serious about their sport. So serious, in fact, that the game sometimes ended in human sacrifice.

We learned all about it while reading Me Oh Maya, a book from the Time Warp Trio series. Similar to the Magic Treehouse, the Time Warp Trio gets in and out of trouble in all periods of history. In this particular story, they challenge the High Priest at Chichén Itzá to a ball game, in attempt to save themselves from being the next sacrifice. It was an engaging read, made all the more vivid when we were standing in the ball courts at Cobá. 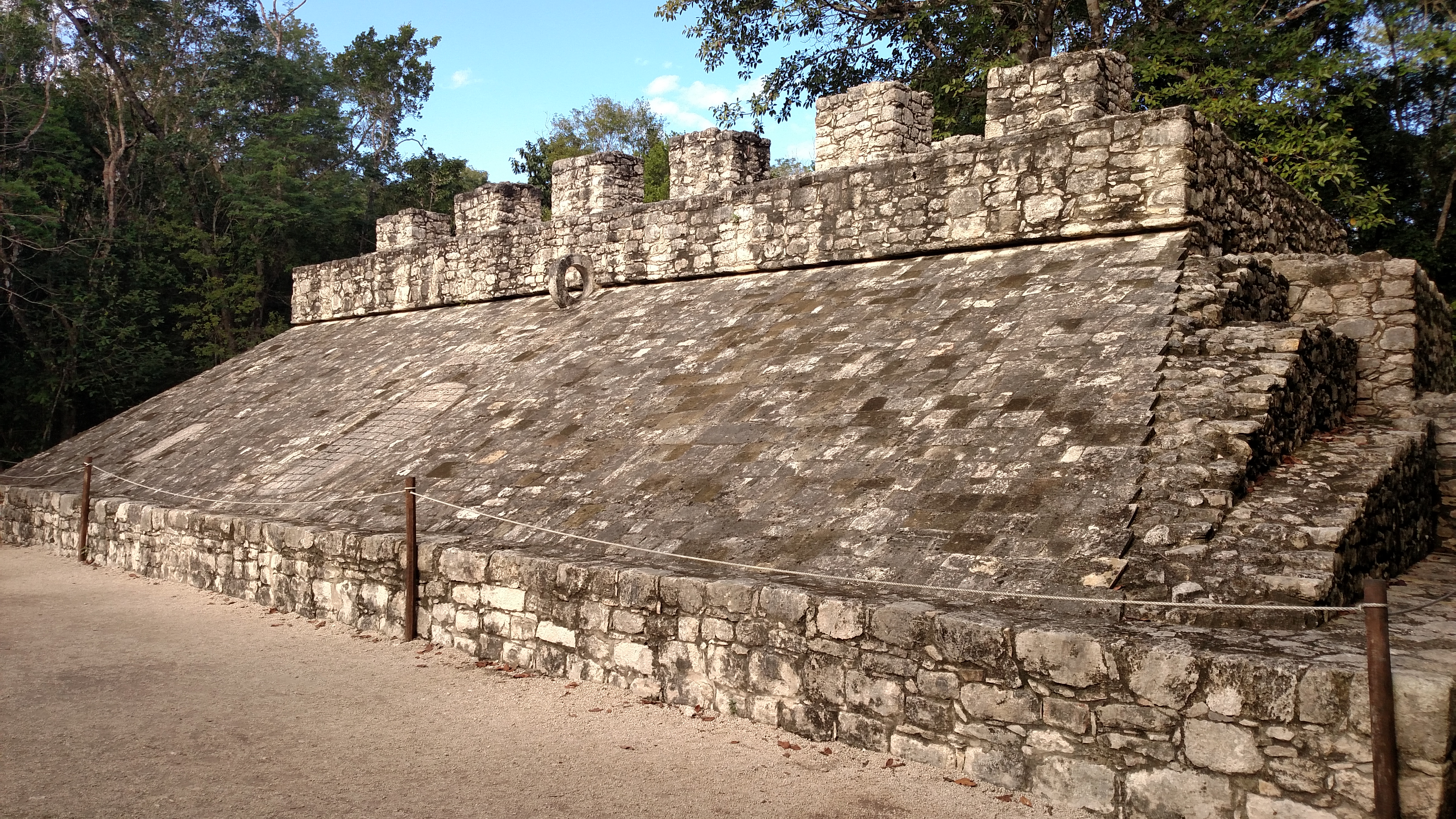 The ruins are connected by ancient roads, or sacbes, built by the Maya. The site does require a lot of walking. Fortunately, you can rent bikes. Or, do like we did, and walk to the farthest corner of the site. And when one member of your party starts to lose it–quick before melt down occurs–hire a pedicab for the return trip. (Tip: ice cream is available at the shop near the entrance, which also helps save the day.) 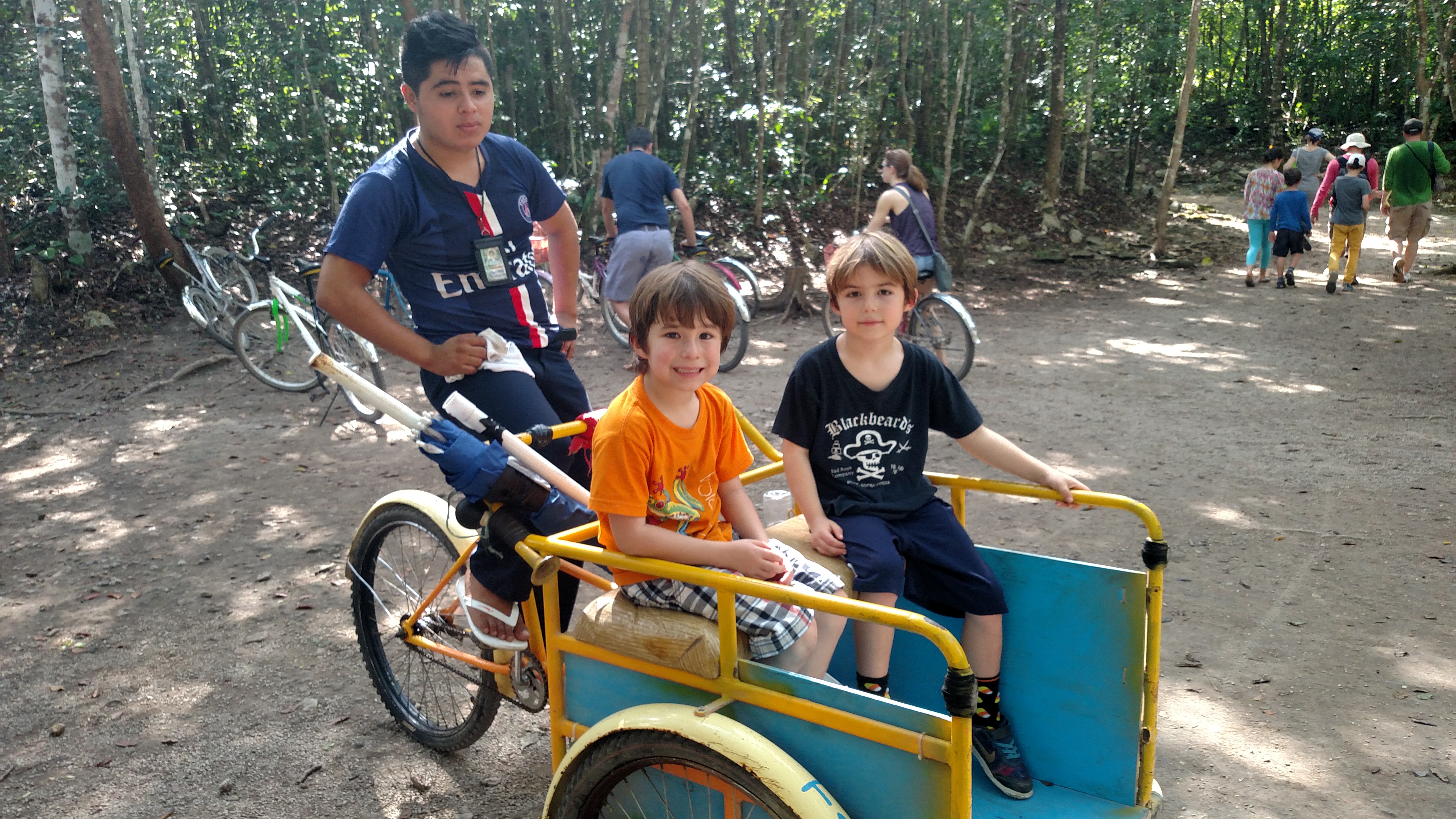 Pedicab at the Cobá ruins

One thought on “Maya Ruins at Cobá”