Somerville, Mass–Some time last year, long before this election cycle had reached its fevered pitch, the twins’ school commenced a community art project entitled In Full Bloom. Local mosaic artist David Fichter directed the project, which included every student, as well as parents and neighbors. The end product would be a brilliant mosaic celebrating the school’s diversity and vibrancy.

The project took a long time. The older students contributed pictures of flowers representing their native or ancestral countries. They did research to learn about the flora, what they look like, and where they grow, before carefully sketching the flowers. Others drew pictures of children at work and play. Fichter incorporated the student artwork into a design for the school’s entrance hall. The centerpiece was a majestic lion (the school mascot).

Midway through, unexpectedly, the art teacher went on medical leave, postponing the project until the following year. Work on In Full Bloom finally resumed this past December, just a few weeks after the election. All of a sudden, the community art project seemed even more important than before. Especially at this school where more than half the student-body comes from non-English speaking homes and represents some 30 different countries of origin.

For a few weeks in December, the art room was filled with little tiny tiles, of every size, color and texture. During their art classes, the students worked on certain sections of the mosaic, taping down the tiles with careful precision. “Bumpy side down!” became a well known mantra throughout the school. 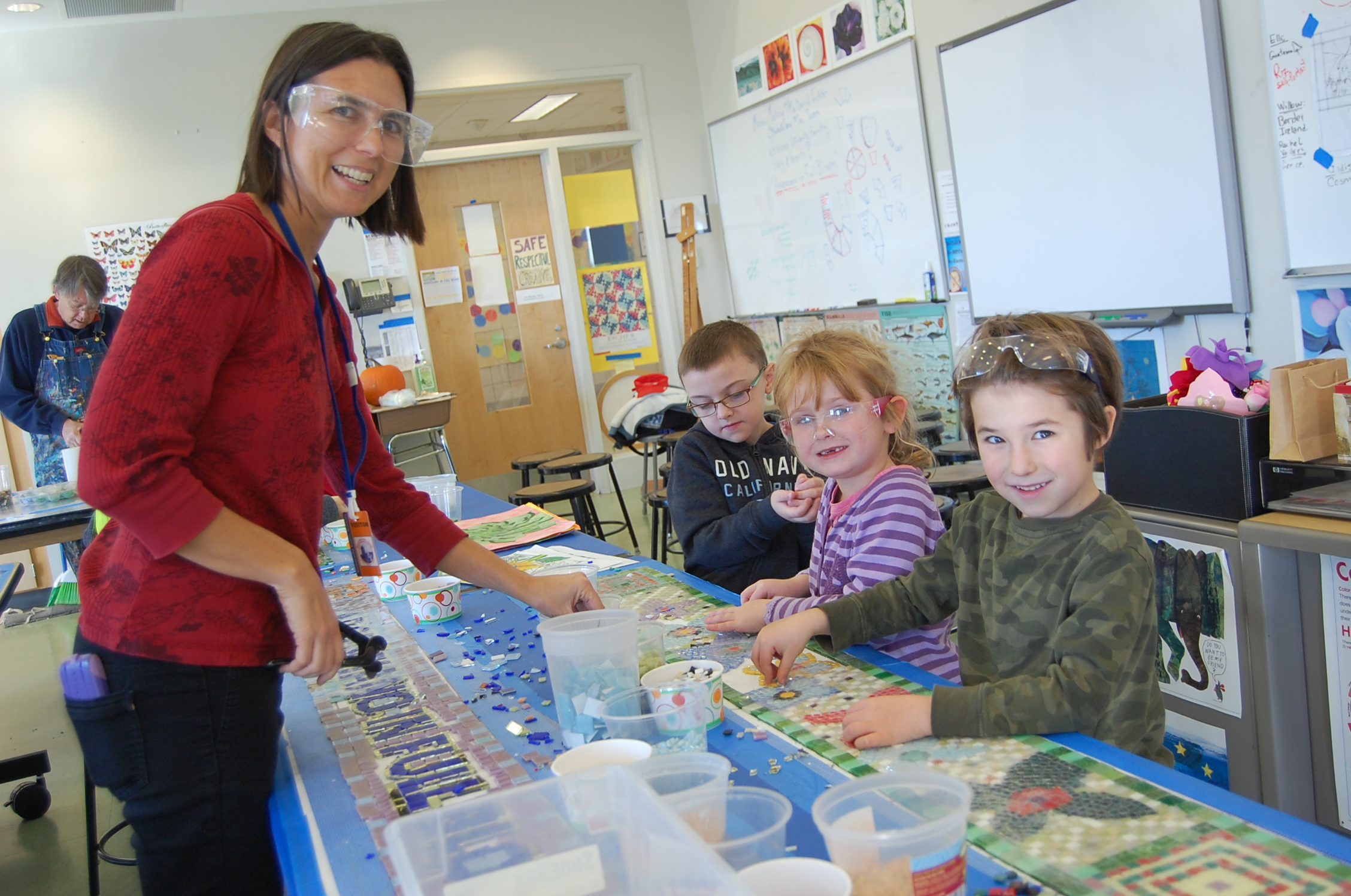 Parents were invited to help out during their kids’ art classes, but many of us stayed on to work on unfinished sections or claim a little corner of the mosaic for ourselves. Teachers came in during their lunch hour. Lots of people — students, parents, neighbors — came in after school to bring this masterpiece together. 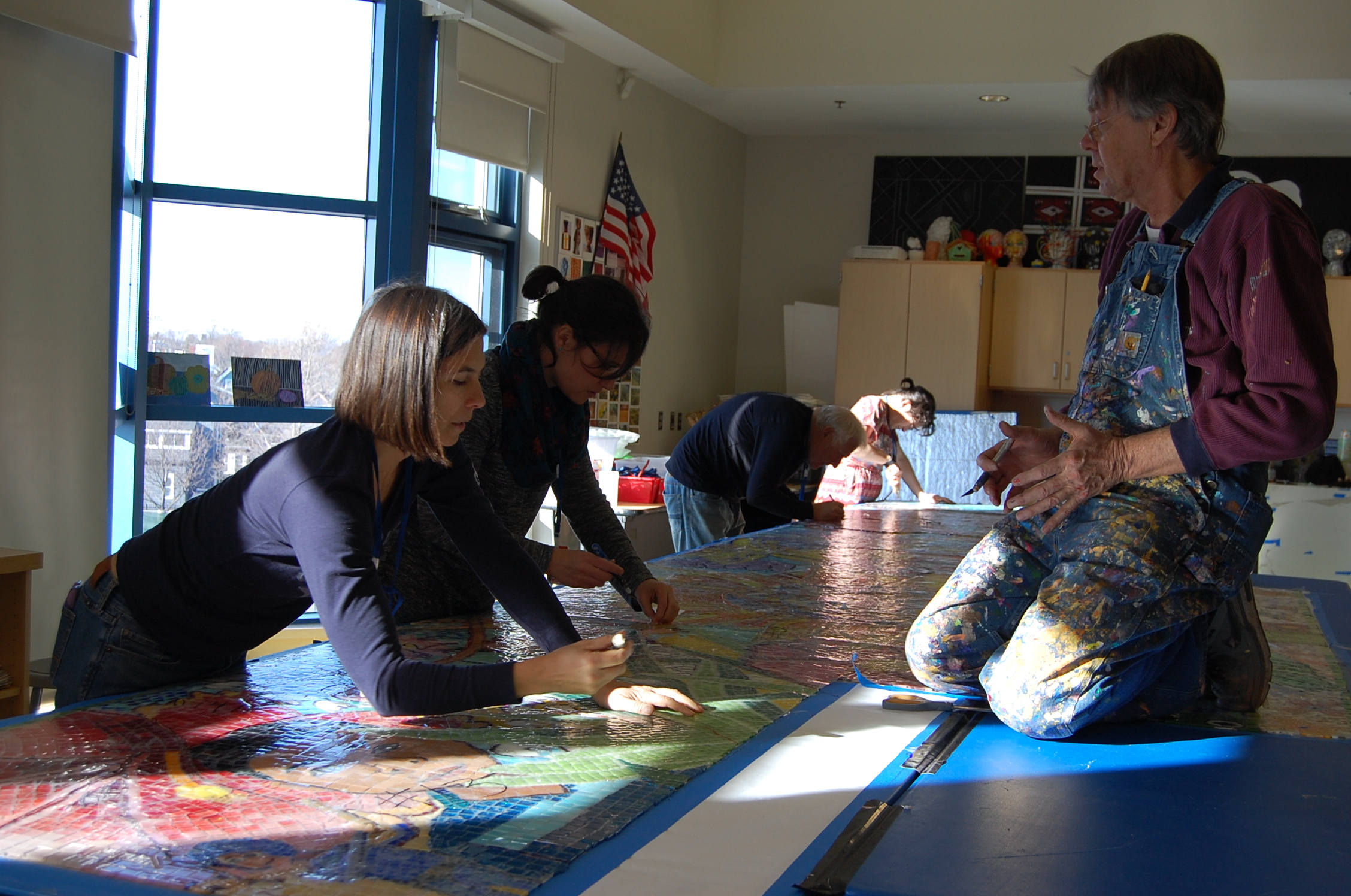 And then it was finished. In Full Bloom went up on the wall, and those of us who were new to mosaic-making felt no small amount of awe at the way it came together into a magnificent work of art. 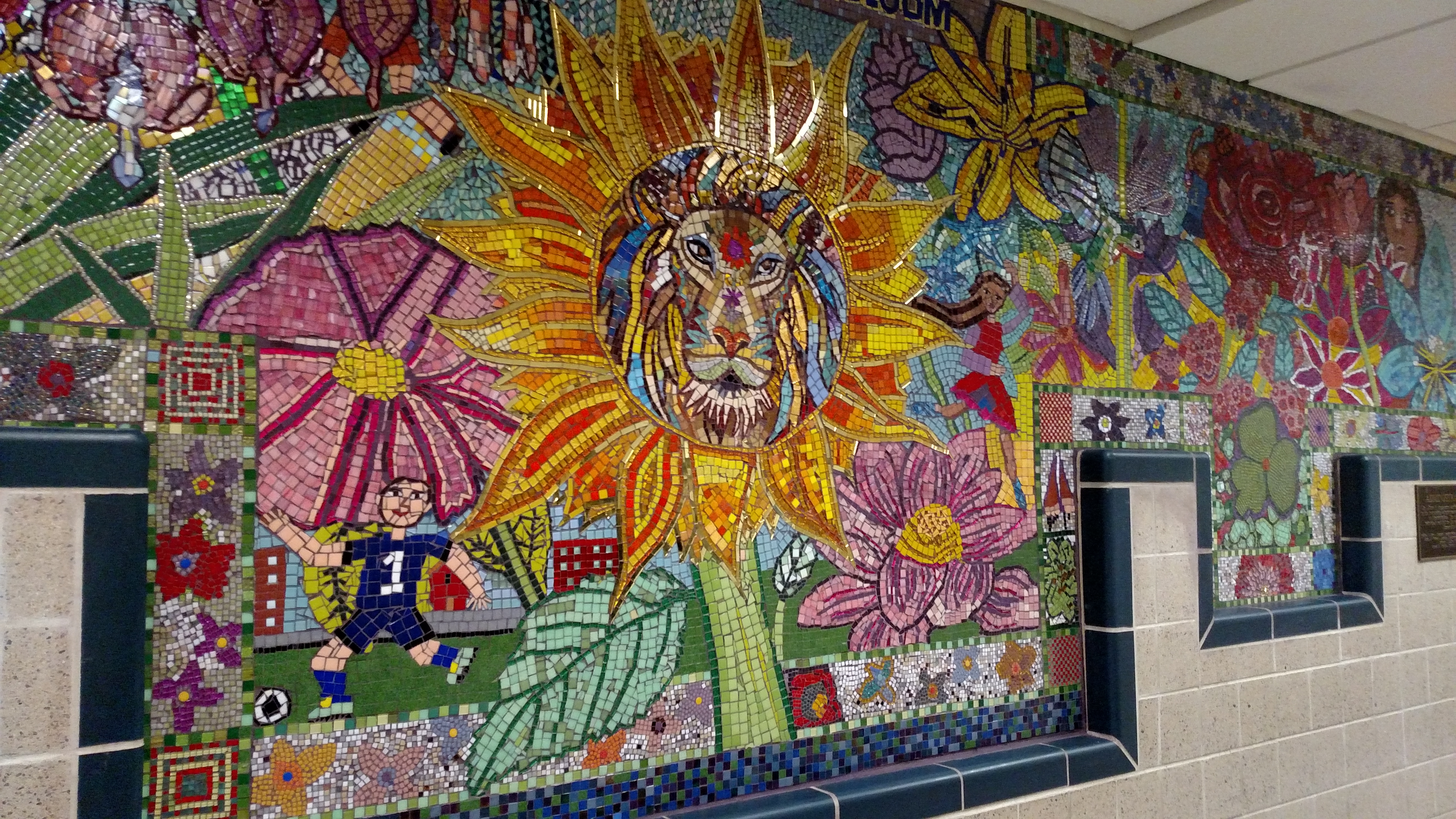 Last week, days after the President signed an executive order that threatens to withhold federal funds from sanctuary cities like Somerville, the school had a small ceremony and “unveiling” of the mosaic. Students from each grade talked about what they liked and what they learned while working on this project. And the principle shared these thoughts:

What if all the flowers and colors were exactly the same? If we only had one type of flower and it was all the same color. Would it be as nice? Probably not. And so our community is represented by people from all over the world and guess what? It’s better for it… that’s what makes our community special.

And here I thought I was just volunteering at my kids’ school on a fun little art project. Turns out it was an act of resistance. Amen to that, too. #Resist #NoBanNoWall #OneSomerville

One thought on “In Full Bloom”