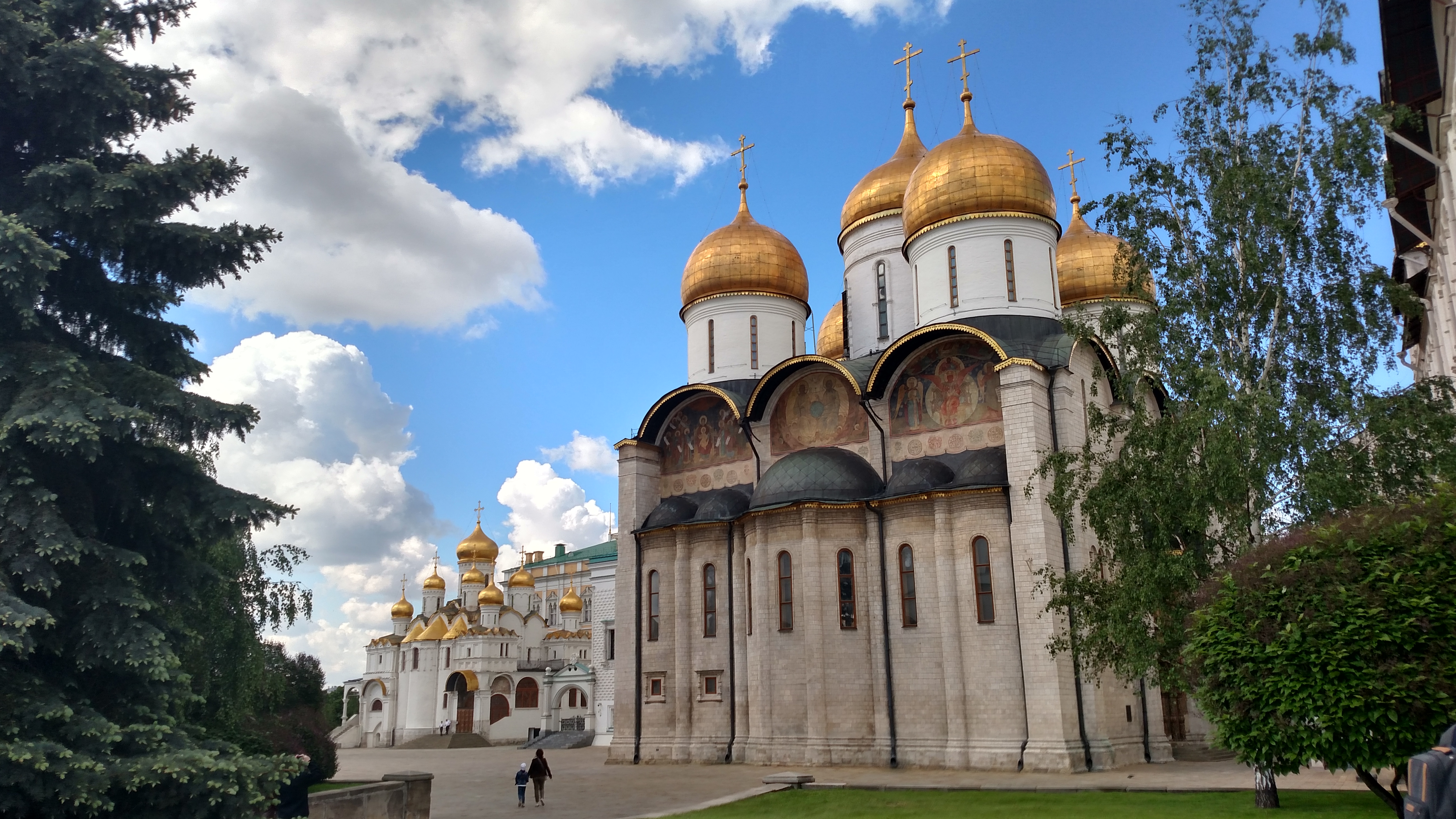 Assumption Cathedral in the Moscow Kremlin

Moscow, Russia – Daddio has been waiting a long time to take the twins to the Armory in the Moscow Kremlin. Seven years, to be exact. So here we finally are, on a fabulous sunny day in June, introducing the twins to the best and worst of Russian history. 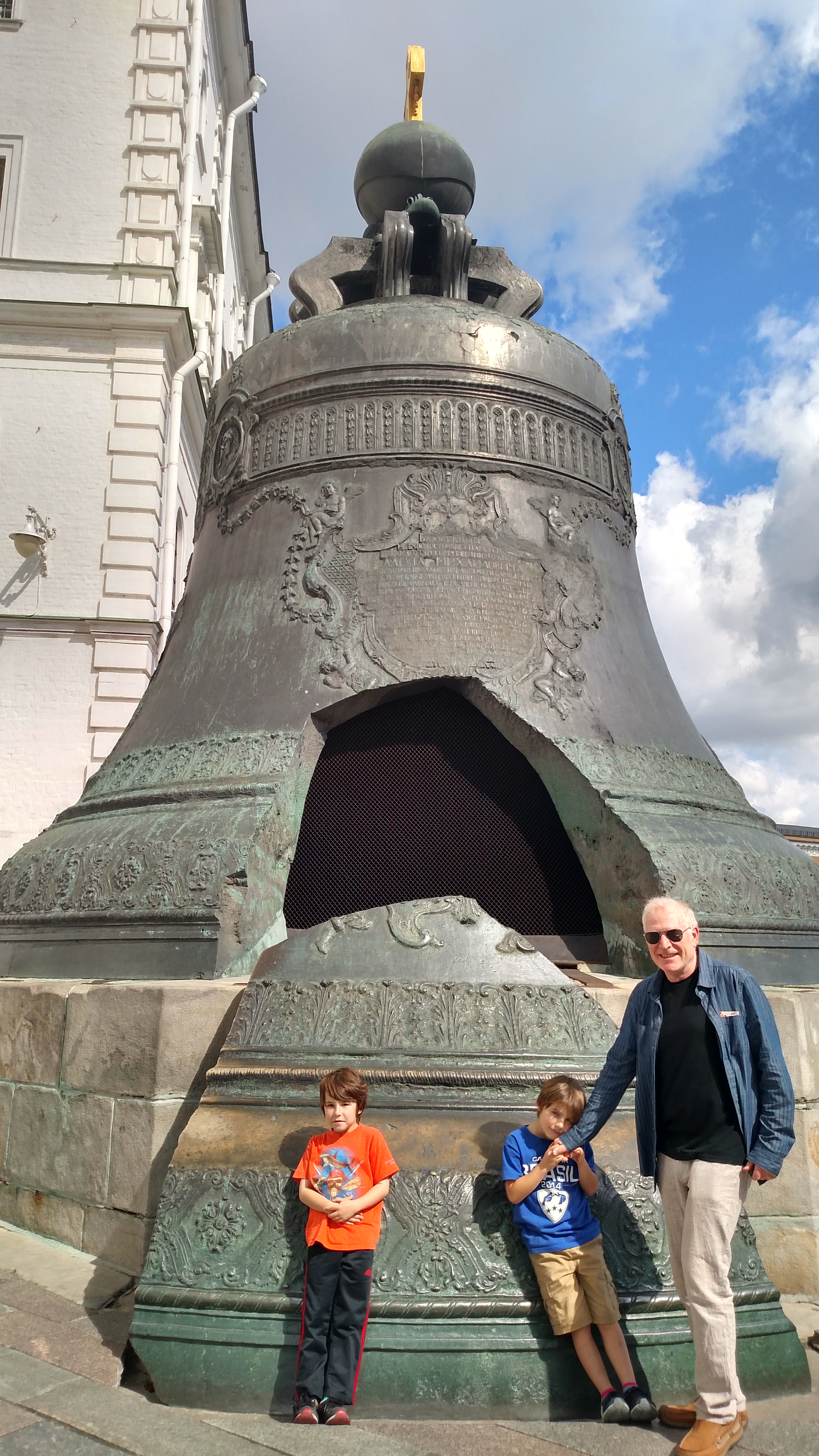 The tsar bell was too big to ring.

We spent a short time walking around the Kremlin grounds. The boys peaked into the glittering Archangel Cathedral to see all the tombs. Otherwise, Daddio glossed over the churches, impressive though they are. He focused on the Tsar Cannon and Tsar Bell, two creations that are noteworthy only for their size–and their resulting non-functionality. Still, the boys were impressed.

Then we made our way to the Armory, which houses an incredible collection of armor, weapons, jewels, china, gold, gowns, thrones, crowns and carriages. No photos inside the museum, unfortunately, so I have nothing to show for it. But we spent several hours gawking at the bling. Highlights included:

After the Armory, we wandered out to Alexander Garden to catch changing of the guard and to admire the newly unveiled statue of Prince Vladimir the Great (early ruler of Rus and adopter of Christianity). It’s a doozy! 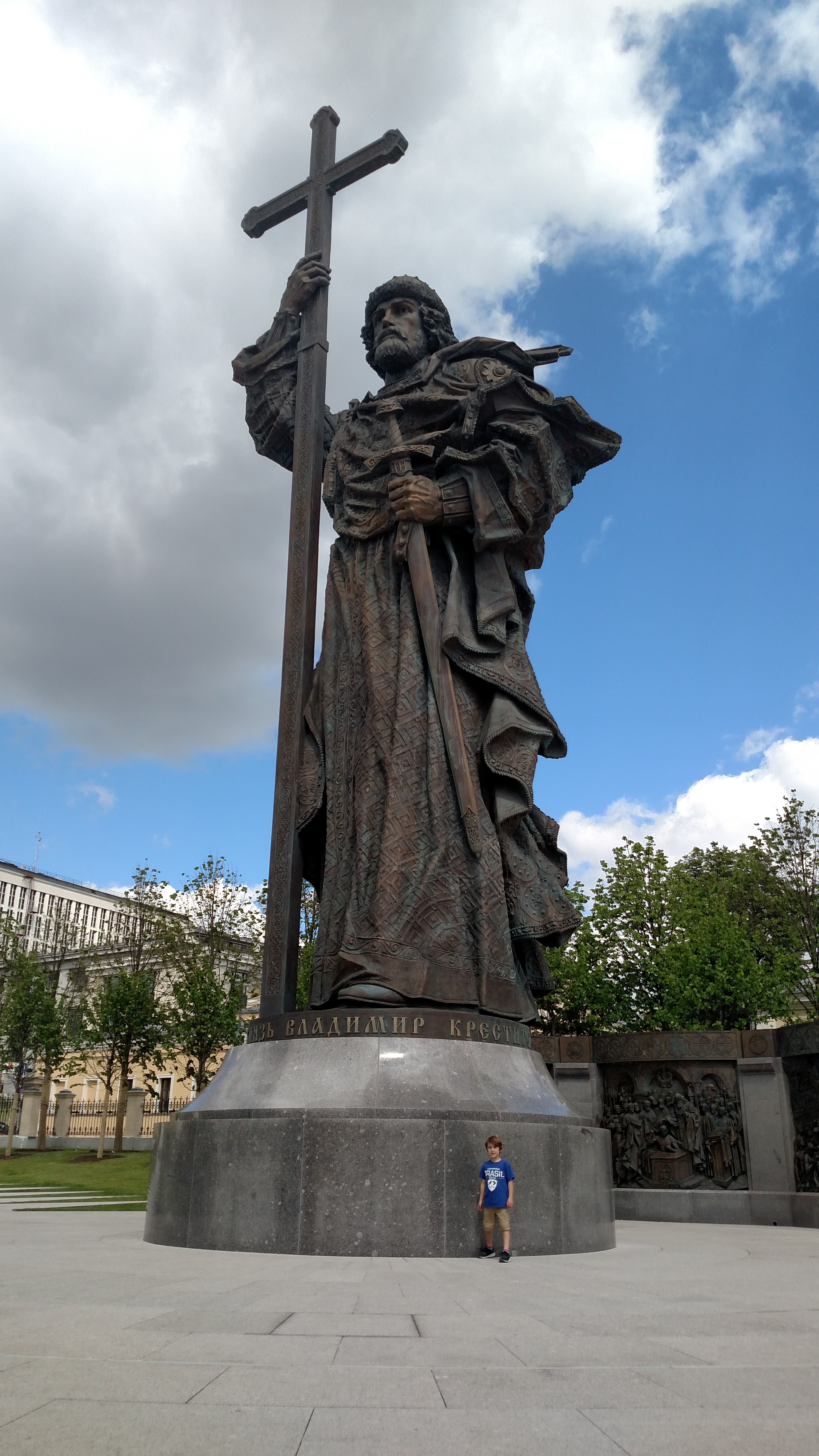 Prince Vladimir the Great, with Twin S for size.