Moscow, Russia — Reading enhances travel, that’s no secret. Personally, I love to read novels that are set in the place I am traveling. Russia is good for that, as the national literature is among the world’s richest. And yet, it was a real challenge to find relevant reading material for the twins. Russia has a long tradition of fairy tales. And this seems to be the ONLY genre of Russian children’s literature that has been translated into English. 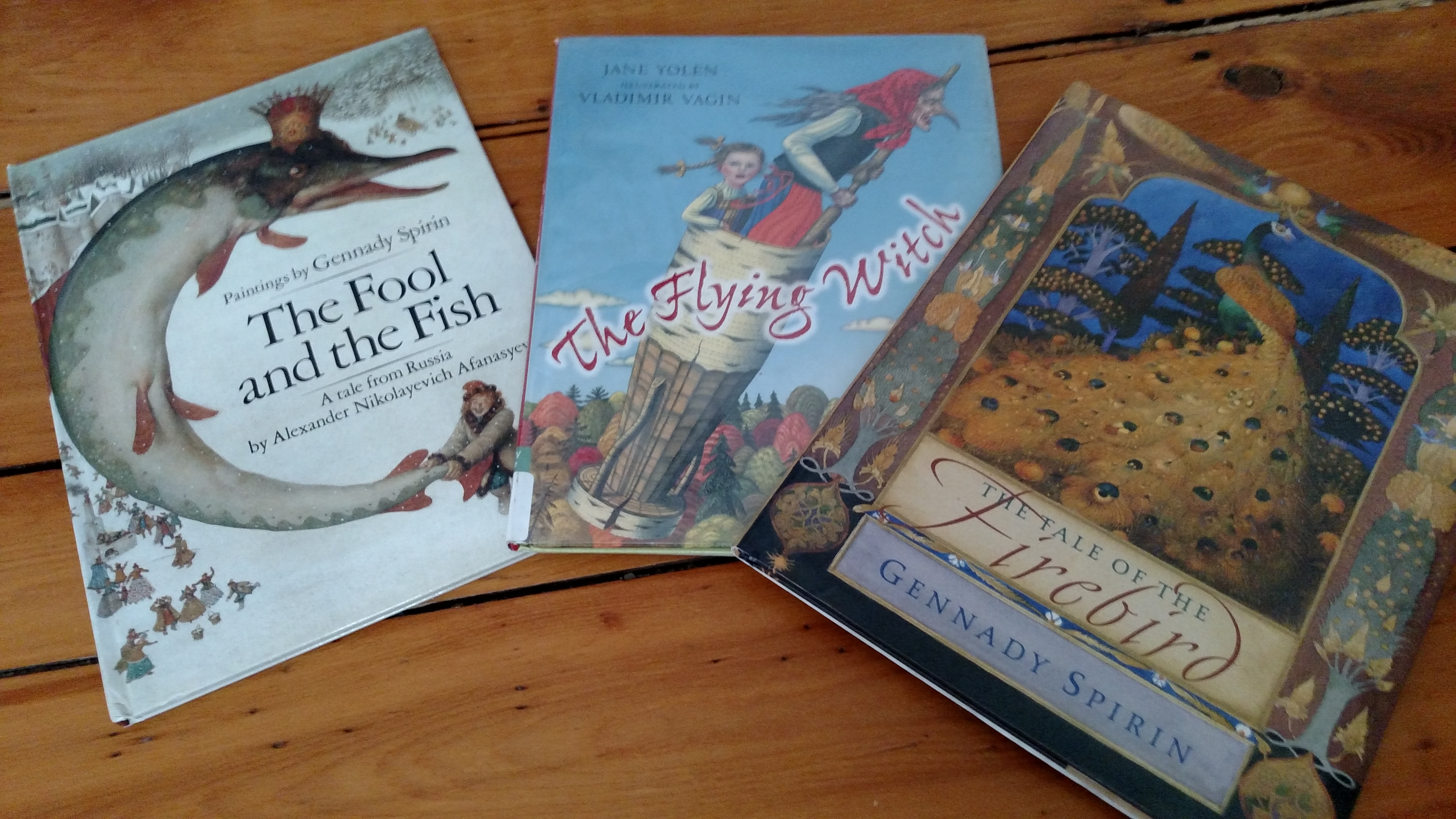 It’s worth noting that I bought all of these second-hand, but there are plenty out there. Gennady Spirin’s books, in particular, are beautifully illustrated. And they introduced the kids to classic Russian lore like the witch Baba Yaga and the magical, irresistible Firebird. These are tropes that recur in Russian culture throughout the centuries, including symphonies, ballet, cartoons, and even architecture. (Baba Yaga’s hut on chicken legs is a common feature at parks and playgrounds.) The books are easy enough for the 7-year-old twins to read themselves, and yet…

They’re just not really into fairy tales. We read them once or twice, but these simple stories (flat characters, predictable endings) no longer keep their attention. Recommended for younger children, especially if you want to expose them to some essential pieces of Russian culture. I wish we had started a little younger, ourselves.

And for Bigger Kids 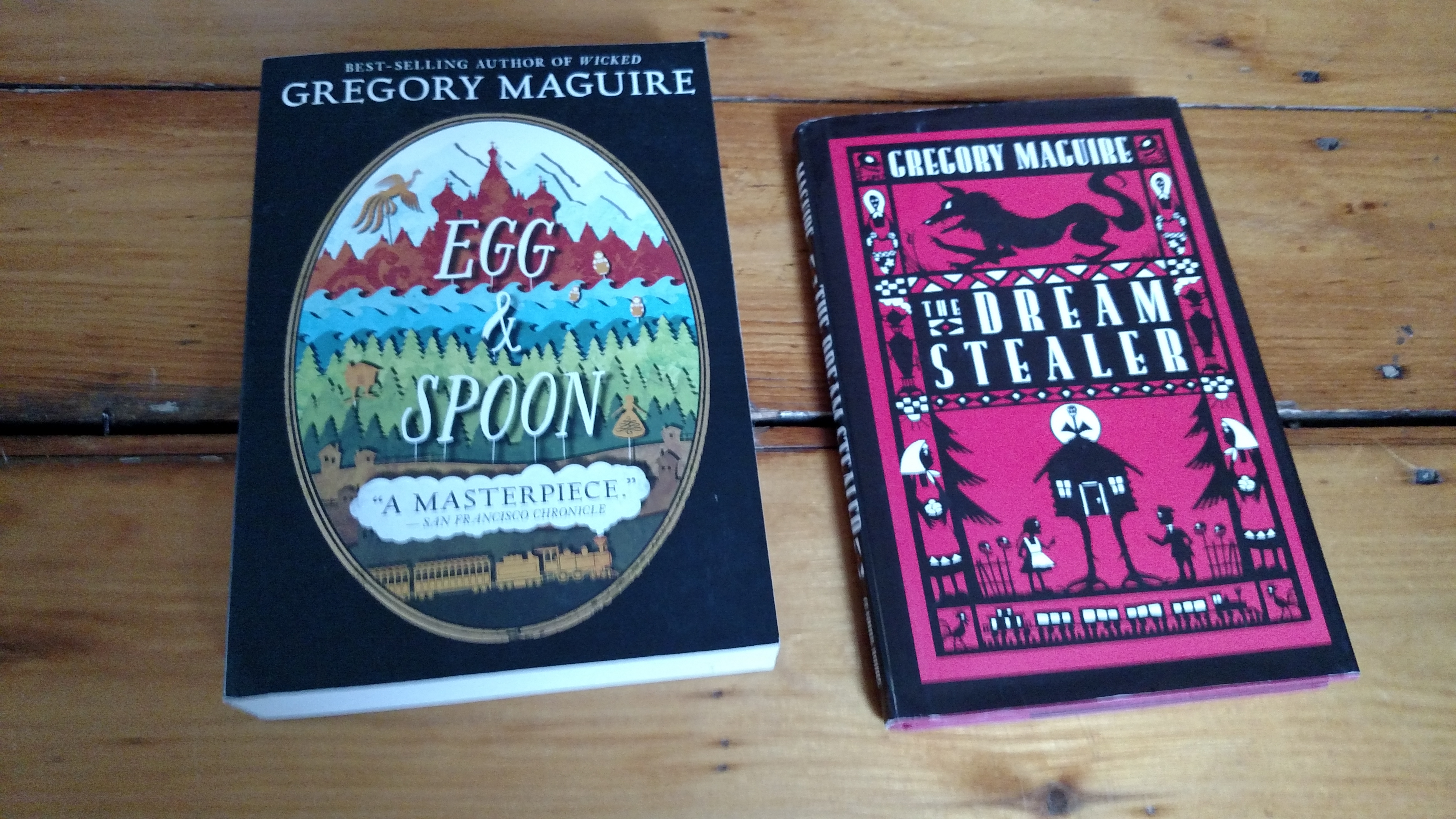 We read the Dream Stealer, a sweet and scary tale that also incorporates the traditional themes. The fancy Imperial Express train is the only connection between an isolated Russian village and the outside world. A terrible wolf known as the Blood Prince attacks the train and threatens the village, but the elders are too busy bickering among themselves to do anything about it. It’s up to two children Paul and Lisette to seek the advice of Baba Yaga and save the village.

The story is a bit of a jumble, incorporating at least three different traditional fairy tales, as well as Maguire’s invented legends. Fortunately, it’s a page-turner. And somehow, the plot hangs together until the end, when the various pieces finally make sense. We read this as a family, and we all enjoyed it. There are no pictures, but it’s only 126 pages.

We decided to save Egg & Spoon for another time or perhaps another trip. Billed as a YA fantasy novel, it gets great reviews. You’ll find many of the same themes here — a fancy train passing through a poor village, and two young heroes who save the day with the help of Baba Yaga. It’s 475 pages so definitely for older readers (recommended for grade seven and up).

The fairy tales are fun–and the twins certainly have no complaints about fantasy literature. And I appreciate that these types of stories are an integral part of Russian culture that I want my children to know. On the other hand… there’s more to Russian culture than Baba Yaga. Any suggestions?