Moscow, Russia – While in Moscow, we have had a wonderful babysitter who has taken the twins on adventures all over the city. Sometimes I wonder if those kids haven’t seen more of the city than I have on this trip? Here are some of the highlights for our kids in Moscow:

Just in case they didn’t get enough war and nationalism on History Street, they also visited Park Pobedy, or Victory Park, which commemorates the heroes and celebrates the victory in the Great Patriotic War, aka World War II. My kids skipped the museum and instead spent their time at the outdoor exhibit of military equipment, which includes trenches, tanks and fighter planes, as well as a regular playground. 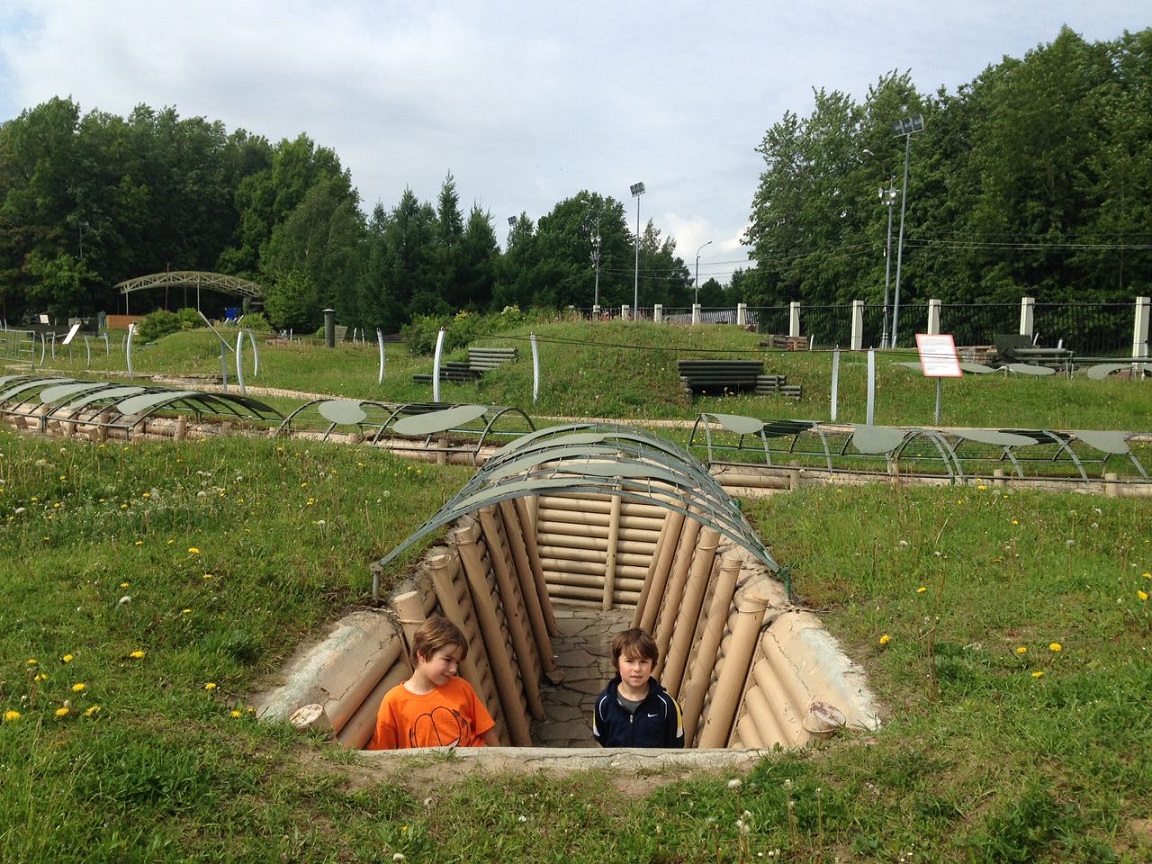 Twins in the trenches at Park Pobedy

We are peace lovers, I swear we are. I do not make a habit of glorifying war or the weapons of war. But I can’t deny that my little boys are curious about these kinds of things. So… better to expose them to it and teach them what it is really about. I was not that excited that our babysitter bought them Red Army Lego-style building bricks, but it proved to be a brilliant move. Turns out, she accidentally locked herself out of our apartment so they had to wait for a few hours at a nearby cafe. Twins were perfectly content. 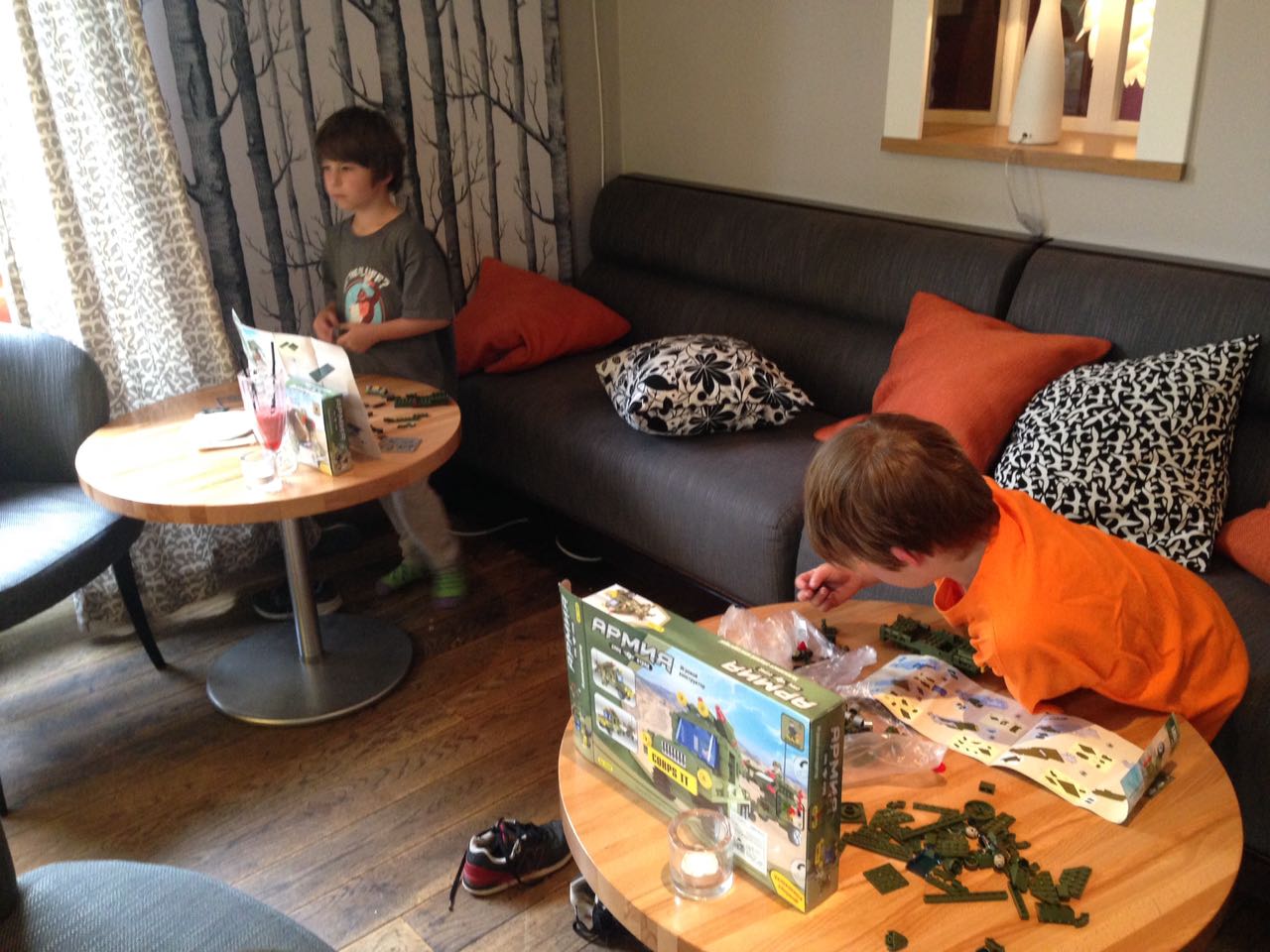 A longstanding Moscow landmark — ironically, facing the dreaded Lubyanka prison — is this massive toy store, aka Children’s World. In recent years, new owners spruced up the iconic facade and transformed the interior into a paradise for kids in Moscow. The Lego exhibit here rivaled the one at Legoland Discovery Center back home. (Some things are universal.) 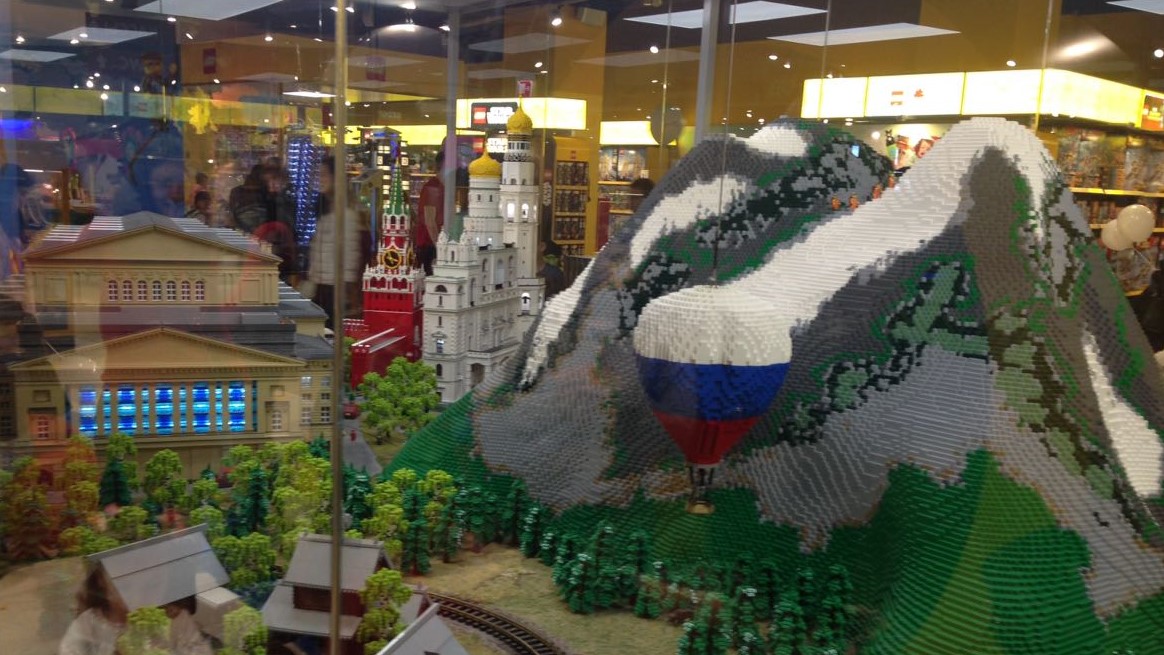 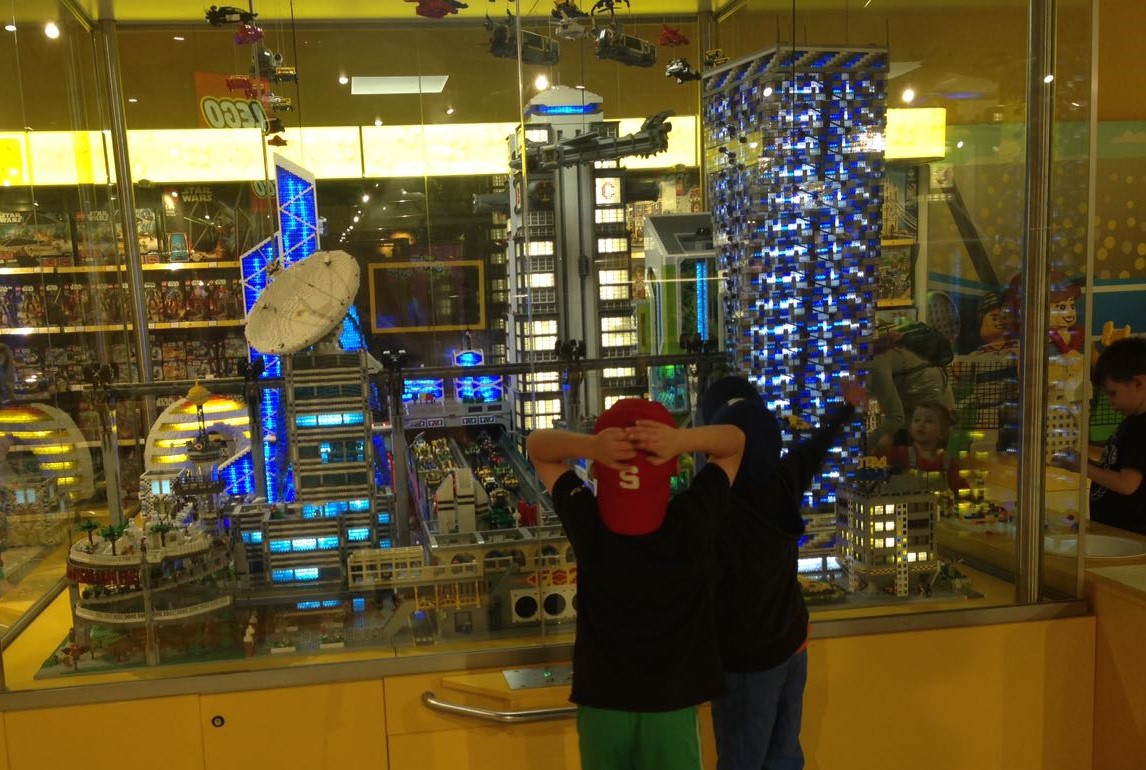 This wonderful, wacky place was built to glorify the economic achievements of the Soviet Union. It’s a vast campus, crammed with pavilions, fountains, mosaics and murals–all showing off the best of socialist realist art and architecture. Nobody knew what to do with this place after the collapse of the Soviet Union. Now VDNKh is also getting a massive overhaul, with all kinds of activities occupying the expansive spaces–everything from a city farm to an aquarium to a maker space to a ropes course and more. My guys went to the Robo-stantsiya, or Robot Station. They met lots of robots (including the famous Robodog) and even made their own. 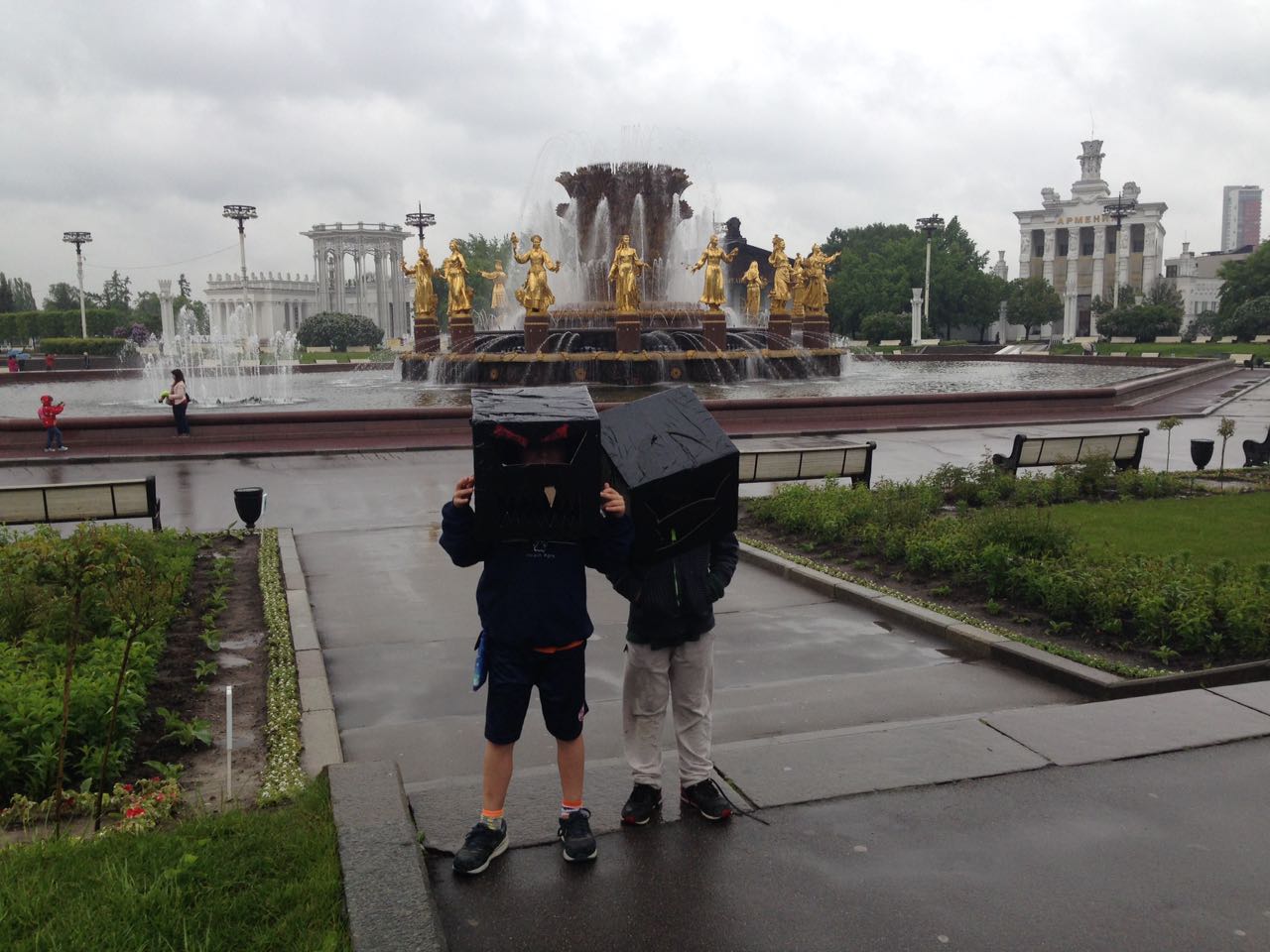