It all started a few weeks ago, when he got the brilliant idea to sell some pencils and other trinkets he had found around the house. V was incredulous that his brother was willing to part with his stuff. I also discouraged this fool’s errand, certain that nobody would want to buy a pencil, certain that S would be disappointed.

But S persisted. He put a sign on the tree in front of our house and sat our our front porch (on our tiny, one-way, 8-house street). There was more foot traffic on the street than usual, as there was an open house next door. But he didn’t get much play.

Eventually, he took a folding chair out to the sidewalk on the main road, where plenty of people were passing by on their way to the nearby farmers market. His inventory started to dwindle quickly and was nearly gone in about a half-hour. Huh. 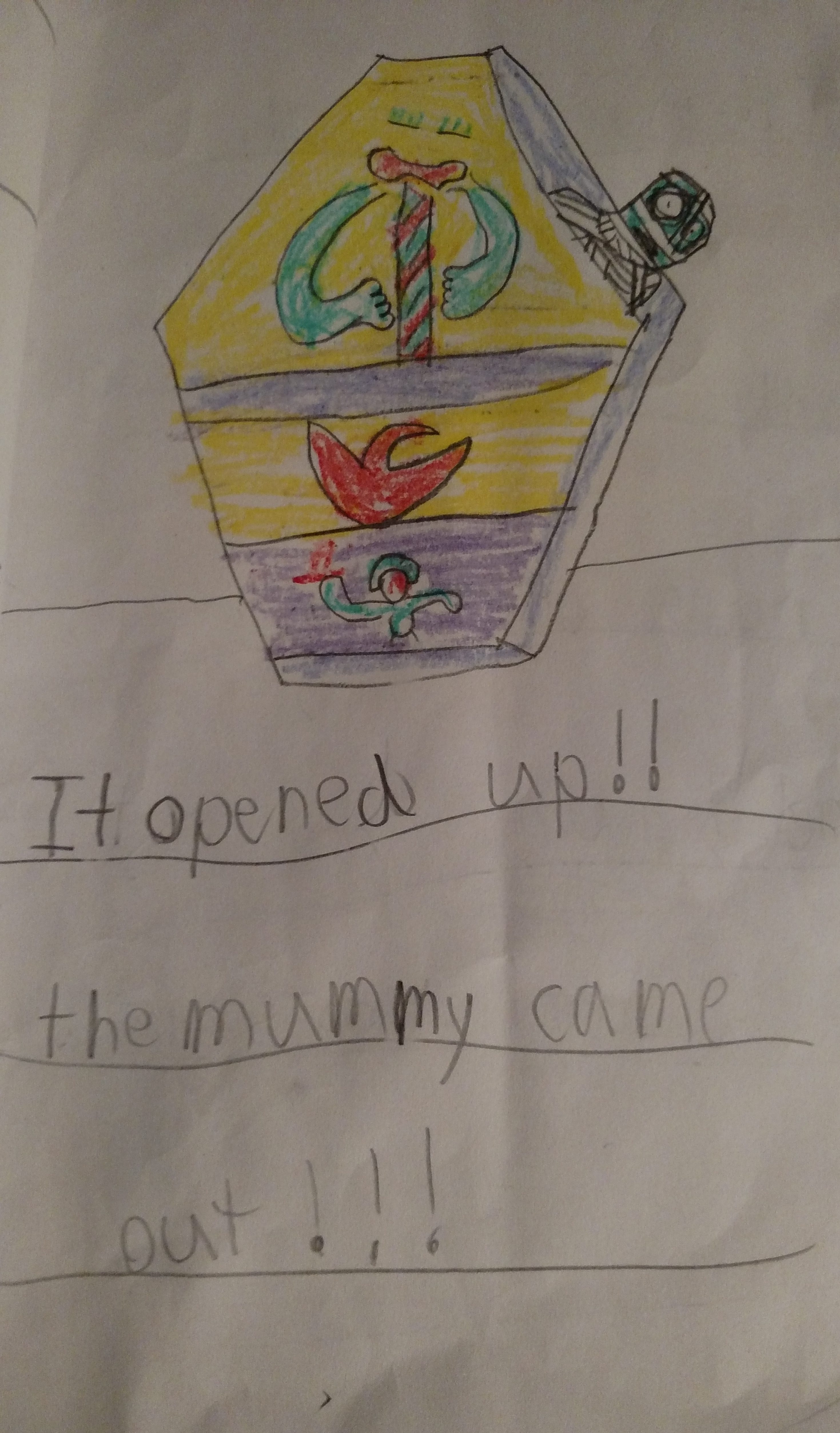 The Adventures of Mr Archaeologist

Needless to say, S was very pleased with himself and with the $8 that he made. And a few weeks later, he was out there again, this time selling copies of the book The Adventures of Mr Archaeologist. It was an original composition, which Daddio had photocopied for him.

Again, I had done nothing to encourage this endeavor. On the contrary, I thought it was a terrible idea, but I couldn’t express why. Instead, I lurked on the corner across the street to see the author-entrepreneur in action. “Mini Dollar Tree!” he called out as people walked by. “Original books for $1.”

Some people ignored him and walked on by. But many people stopped. Most people, actually. Families with small children usually stopped. Young people with beards or punky haircuts always stopped. In fact, anybody that could vaguely be characterized as a “hipster” tended to stop. They seemed genuinely interested, asking lots of questions, which S answered eagerly. One young woman promised to get some cash and come back to buy a book, which she did. Others waited around while S ran home to get change. Some people requested a signed copy. I chatted with one of S’s customers as she was strolling away and I thanked her for her kindness. Without missing a beat she said “No problem, I love to support local authors.” S was riding high.

He later reported that many potential customers wanted to know what the book was about. So he would give them a teaser… “This archaeologist discovers an ancient pyramid. And when he goes inside, he meets a mummy! And if you want to find out what happens after that, you have to buy the book!” No lack of salesmanship there. 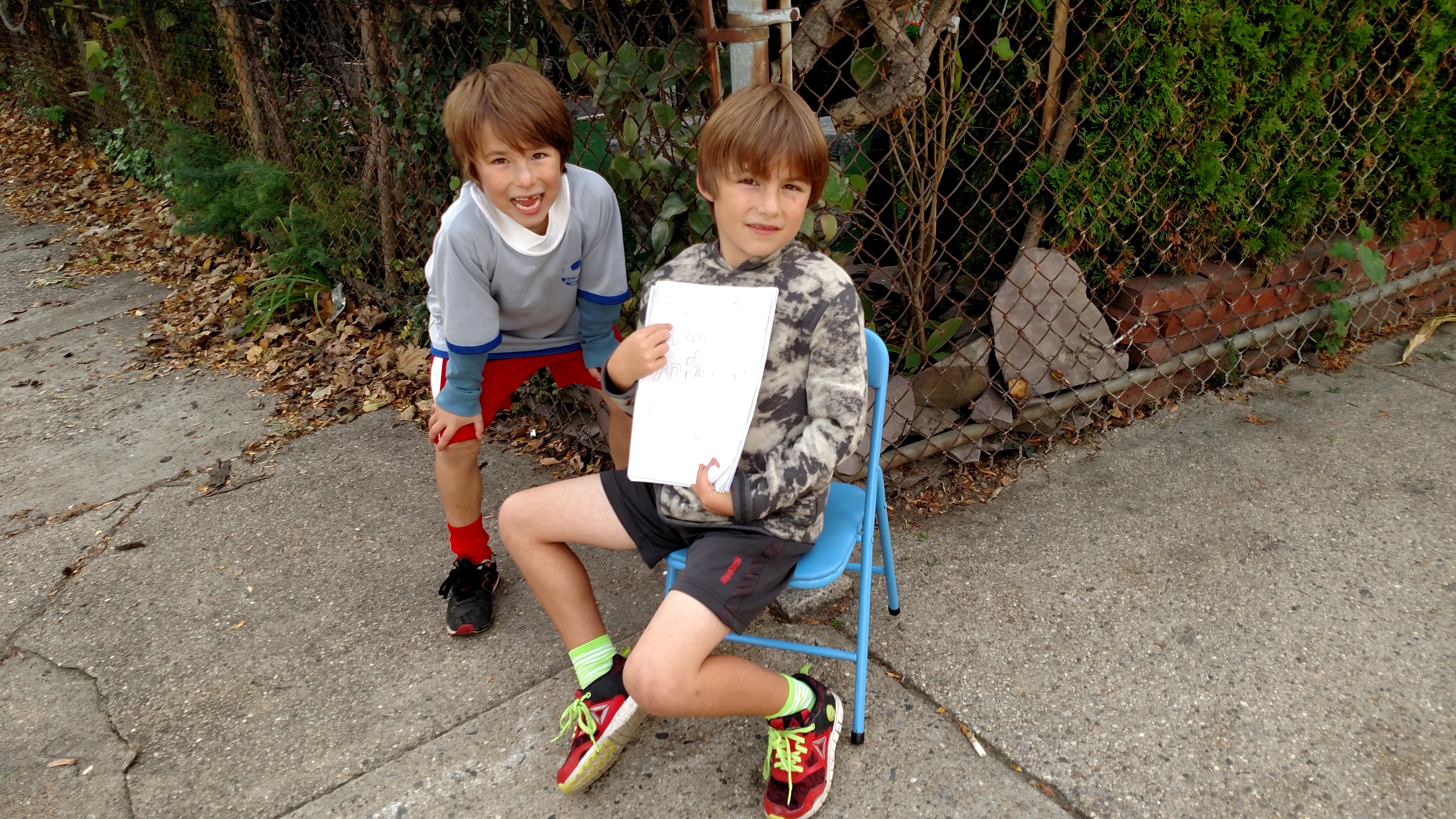 S sold all 12 copies of his book, again in about a half-hour. He made a little money. And he had a blast. It was a crazy successful endeavor, in spite of me.

In retrospect, I understand that I was attaching my own feelings about salesmanship and self-promotion to my son’s activity. I was afraid for him–of rejection, of failure, of wasting time. Thank goodness he ignored me (as he does). Instead of feeling rejected, he felt validated and inspired. And he went home and started working on his next book.