Danvers, Mass – We have Caribbean Islands on the brain, thanks to the recent arrival of a box of books on the subject. We can’t go to the Caribbean this winter, but we can go to Coco Key, an indoor water park where the temperature is always a balmy 84 degrees (despite the single digits outside).

The water park features six different play areas, ranging from a wading pool for the smallest tykes to hot tubs for adults. For the twins, there were two main attractions. The Parrot’s Perch Play Area is an aquatic playground that includes water cannons, water slides, and a giant dumping bucket. Twin S was doused too many times to count. Twin V preferred the Coconut Grove Adventure River, perfect for floating gently or playing crash-up derby in inner tubes. 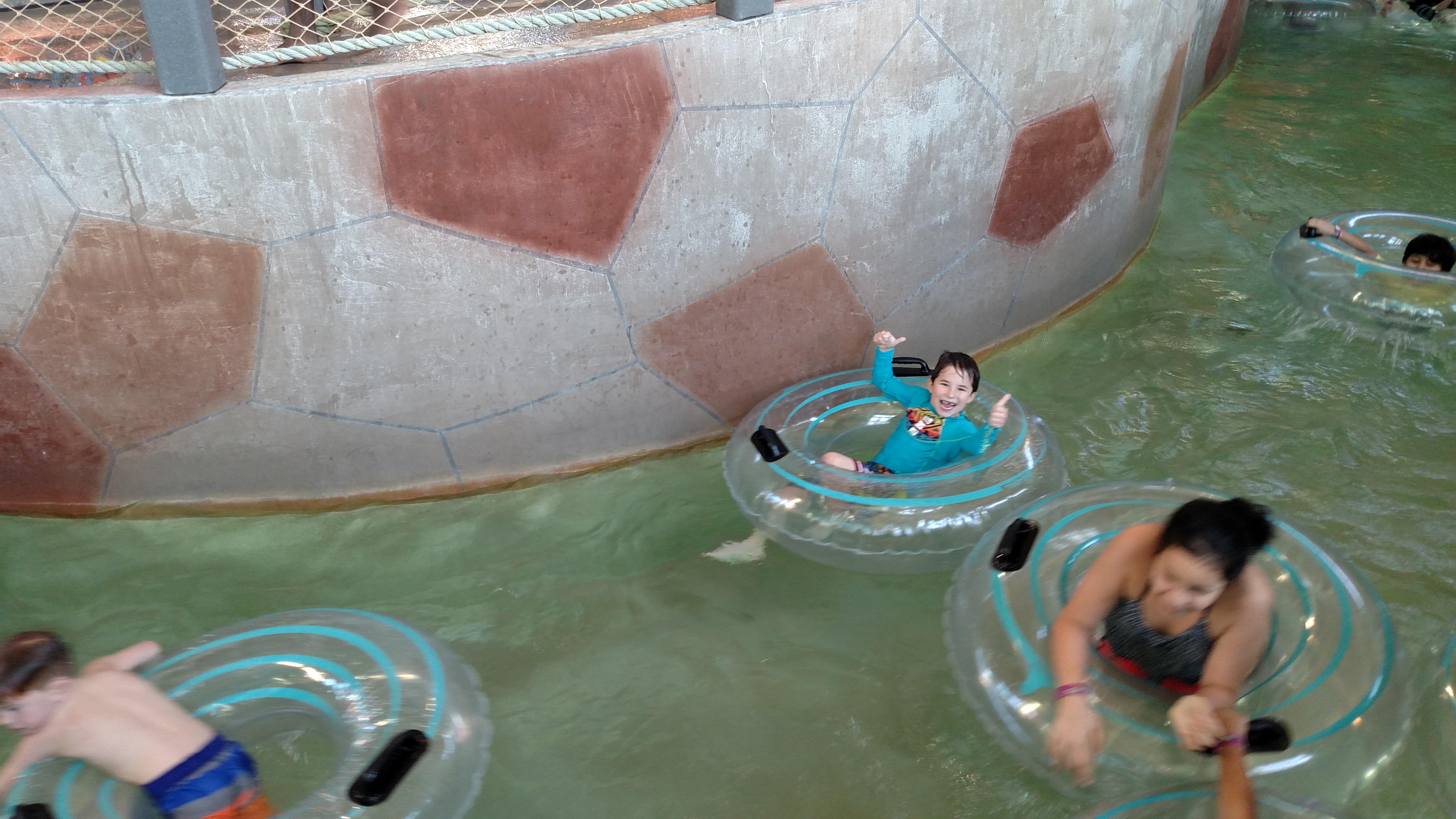 Our littlest companion was five years old and she spent most of her time in the Dip-in Theater, the wading pool with small slides and sprinklers.

Kids who are at least 48 inches tall can coast through the twists and turns of the four giant enclosed slides, which have names like Gator Gush and Pelican Plunge. Twin V measured up at 47.99999 inches so he was banned from the biggest slides — a disappointment for sure. (Daddio: “But they are twins! You can’t let one do it and not the other!”) But V had a pretty good time anyway. Most importantly, his taller brother did not rub it in about what he missed. 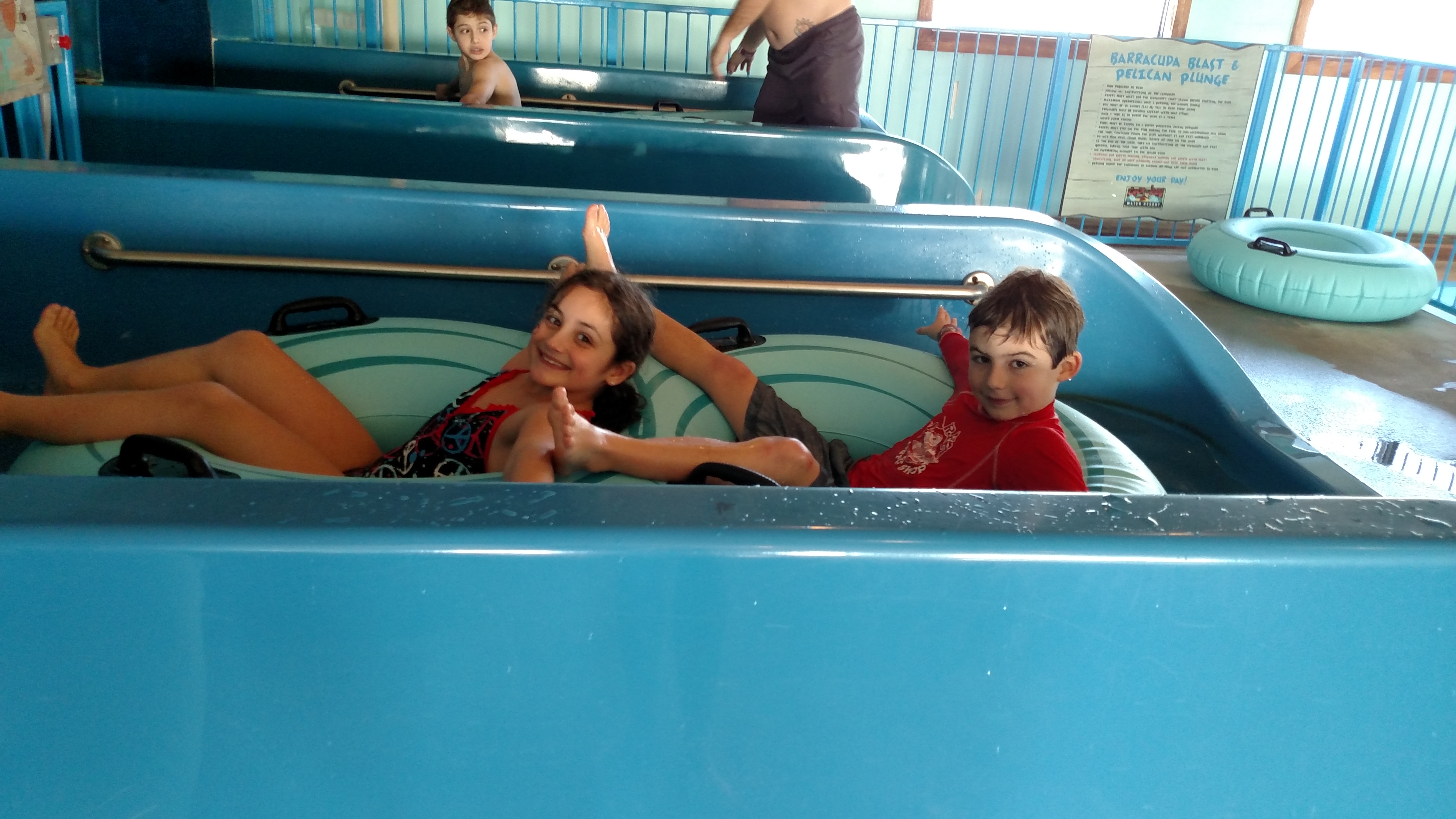 Double Trouble on the Pelican Plunge

We experienced one other small hiccup, which was the fire alarm that went off when we were newly clad in swim suits. Fortunately we were not wet yet. And fortunately, we did not actually have to go outside. But we did have to file out of the water park area and into the attached hotel while staff carried out their safety procedures. It didn’t take long, and we spent the next five hours slipping, sliding and soaking in the “Caribbean” blue.

Note that that water park was full but not packed. There was often a short wait to go down slides or pick up an inner tube, but it was never more than a few minutes. Admission numbers are limited, which means it’s a good idea to book in advance during school vacation weeks.