Puerto Viejo de Sarapiqui – A wildlife cruise down the Rio Sarapiqui is supposed to be one of the Top Five Things to Do with Kids in Costa Rica, according to somebody who is supposed to know.

The thing is, I had taken a similar river cruise from Moin to Tortuguero on the Caribbean coast, and it was amazing. We saw so many monkeys and sloths that I lost count. The bird life was magnificent. The crocs were lined up on the bank. And just when I thought it couldn’t get better, we spotted a baby sloth that had fallen into the water and was being carried downstream by the current. Aware that the little guy would be swept right into a croc’s open mouth, the driver of our boat offered him a paddle. The sloth climbed right out and we gave him a lift to safety. 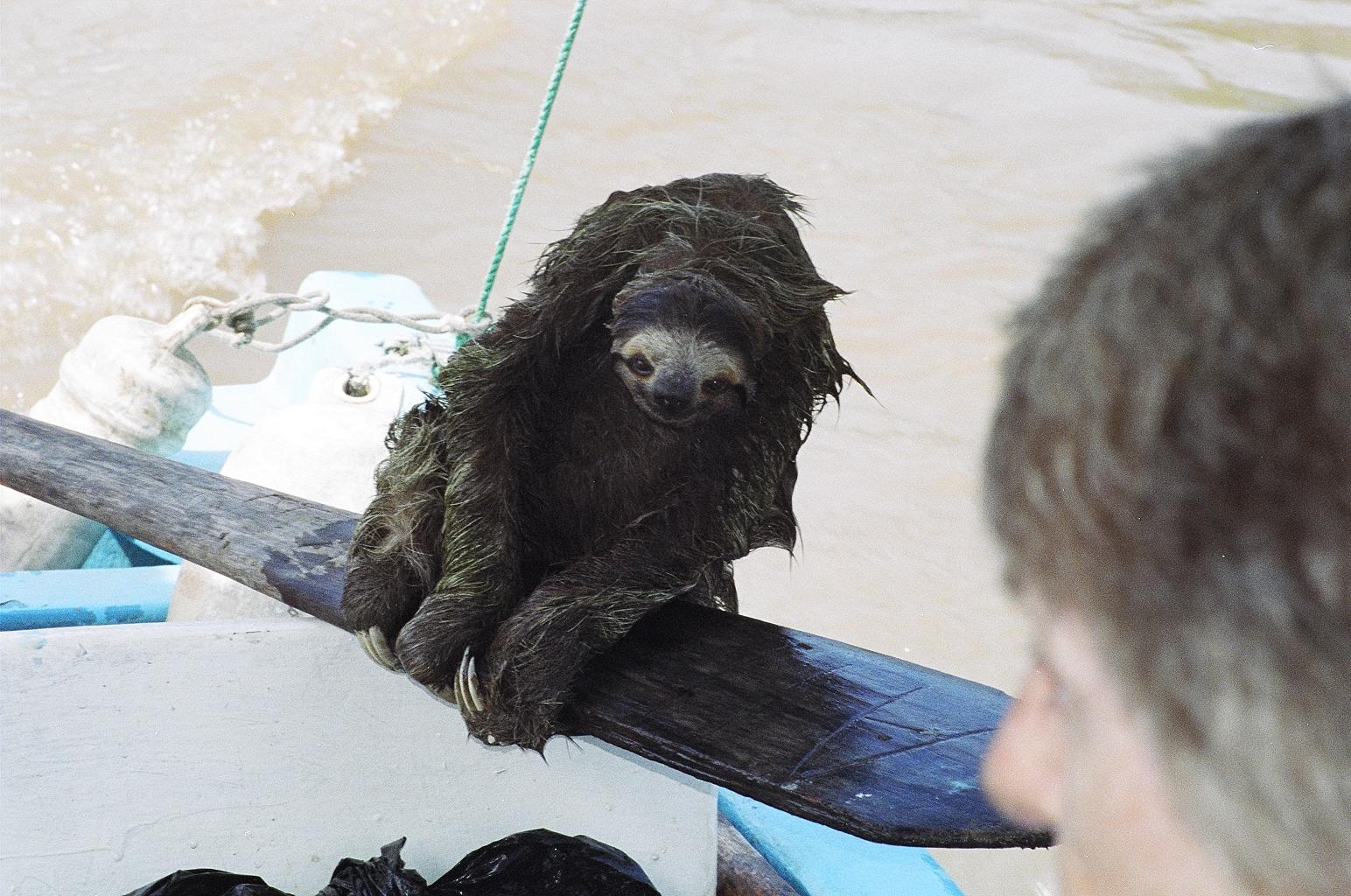 This was sort of what I had in mind for our river cruise today. Just not quite as long, so the twins could handle it.
Of course, it’s all about expectations. Mine were high, so I was disappointed. 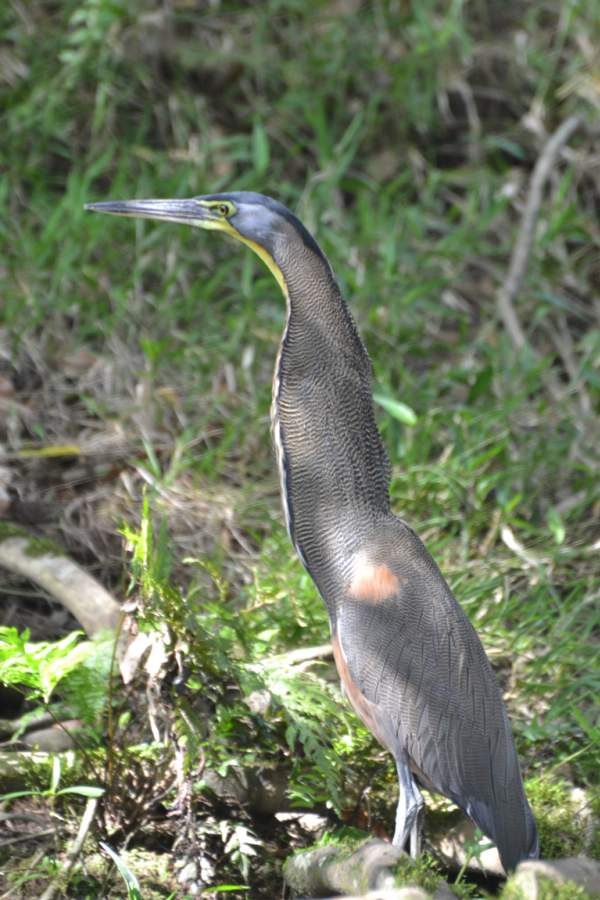 For starters, our guide was not particularly astute, as the passengers were doing more wildlife spotting than he was. But more importantly, it was just really hot. So most of the birds and animals were hiding in the shade. Which is, perhaps, what we should have been doing.
So there were not a lot of animals. We did see some reptiles and a handful of herons, and one industrious otter, but that’s about it. I think the twins had fun anyway, just by virtue of the fact that they were on a boat. And when that got old, they got lollipops.
Our day was saved by our stop at the Chilamate Rainforest Retreat. This place was recommended by our guide as a good place to go for lunch. Imagine our surprise when we pulled up and the owner said they don’t have a restaurant. (Like I said, he was not that astute.)
Well, they do, but they normally serve lunch to guests by reservation only. But the friendly understanding owner, who also happens to be a mother of three small children, said they would be able to accommodate us. Thank goodness.
Naturally, we had to wait a little while for our meal, which gave us plenty of time to explore the gorgeous gardens and grounds. The lodge is set on a private reserve that’s replete with wildlife; the cabins are solar-powered; and there’s a bunk house in the back for budget travelers (great for my shoestring-travel research). Best of all – for our immediate purposes – a trampoline! 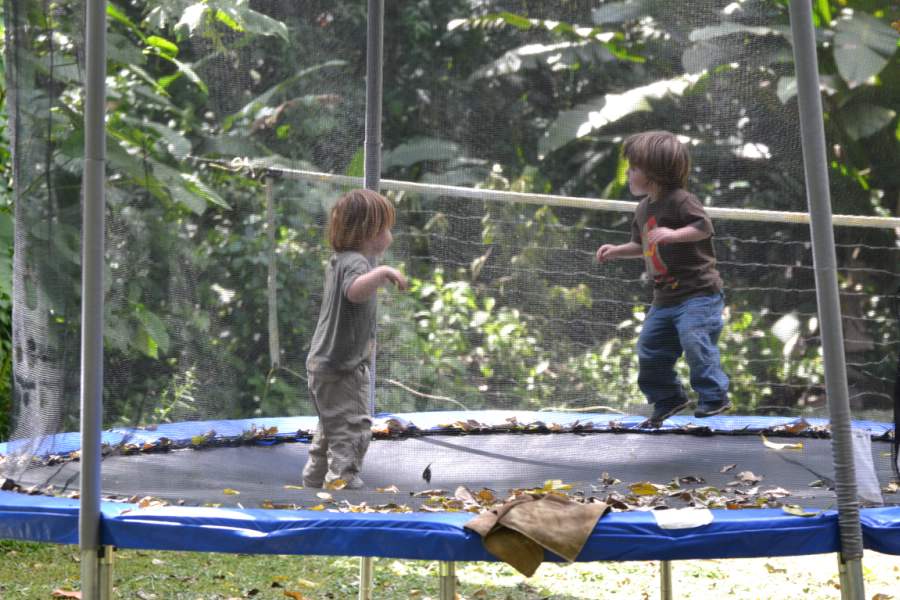 And lunch was perfect. Delicious, authentic Tico fare, prepared mostly from produce grown organically on the grounds.
So, the day was not exactly what I expected, but it was great. I should know by now that the joy of travel lies in the unexpected. And this is even more true when kids are involved.
And now I’m going to go start my own list of the best things to do with kids in Costa Rica.
Number 1: jump on the trampoline at Chilamate Rainforest Retreat.
animals, boat, costa rica, expectations, hotel review, sarapiqui