Moscow, Russia – I admit it… the world’s only cat theater is located right here in Moscow and it has taken me more than a decade to go and see it. I realize this raises all kinds of questions about my credentials, not only as a travel writer, but more importantly as a cat lover. But it’s true… somehow, when you’re trying to write about a city of 12 million people–rich with cultural offerings–the cat theater is not at the top of the priority list.

But when you bring your children to that same city, and you happen to be there for their 4th birthday, those priorities get magically transformed.
The Kuklachev Cat Theatre was established in 1990 by Yuri Kuklachev, formerly a famous circus clown. Now the show is mostly run by his son Dmitry, who trains the 100-plus cats and performs with them. Two bronze felines stand guard at the entrance to the theater, which reopened last year after a big renovation. Inside, it looks phenomenal, complete with stained-cat windows and meow-ble floors (sorry, I couldn’t resist). The theater itself has only 20 rows of seats, which is just about perfect when the main performers are 10 inches tall. 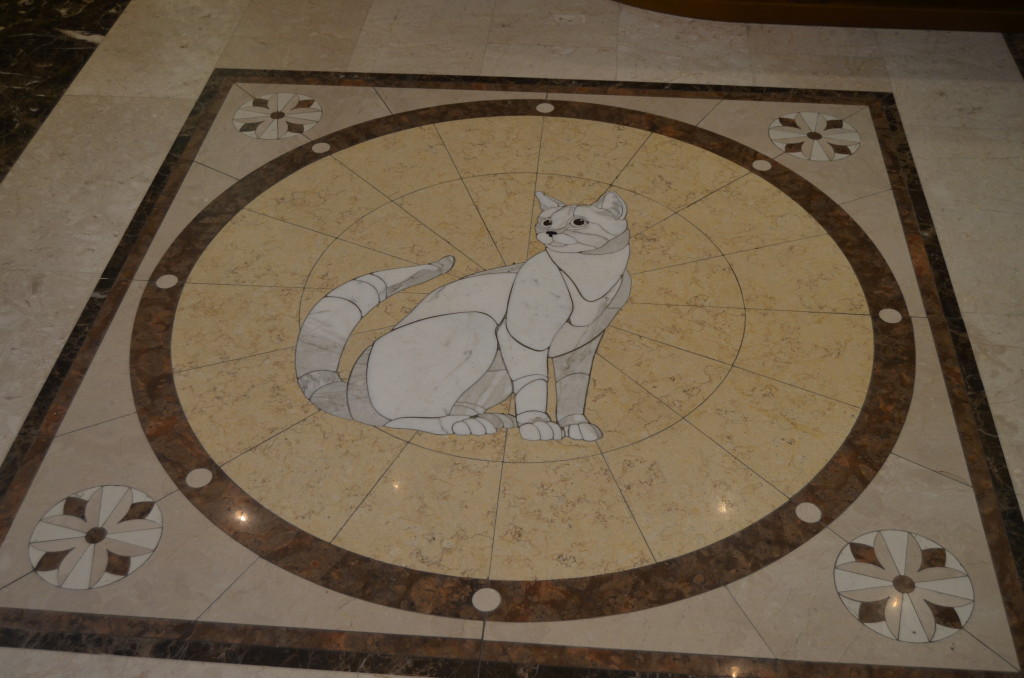 The show was… cute. We all enjoyed it. But even the twins were asking “When are the cats going to do some tricks?”
For the first half of the show, their main “trick” seemed to be posing on really high pedestals–which I quite enjoyed, as the cats were beautiful and they were clearly at ease on their perches–but they didn’t do anything. Things did pick up in the second half, when we saw different cats balance on balls, walk the tight rope and ride a skateboard (or at least sit on a skateboard while somebody pushed it across the stage). The twins’ favorite bit was the cat that kept appearing in the pot when the clown was trying to cook dinner. It was cute, but… underwhelming. 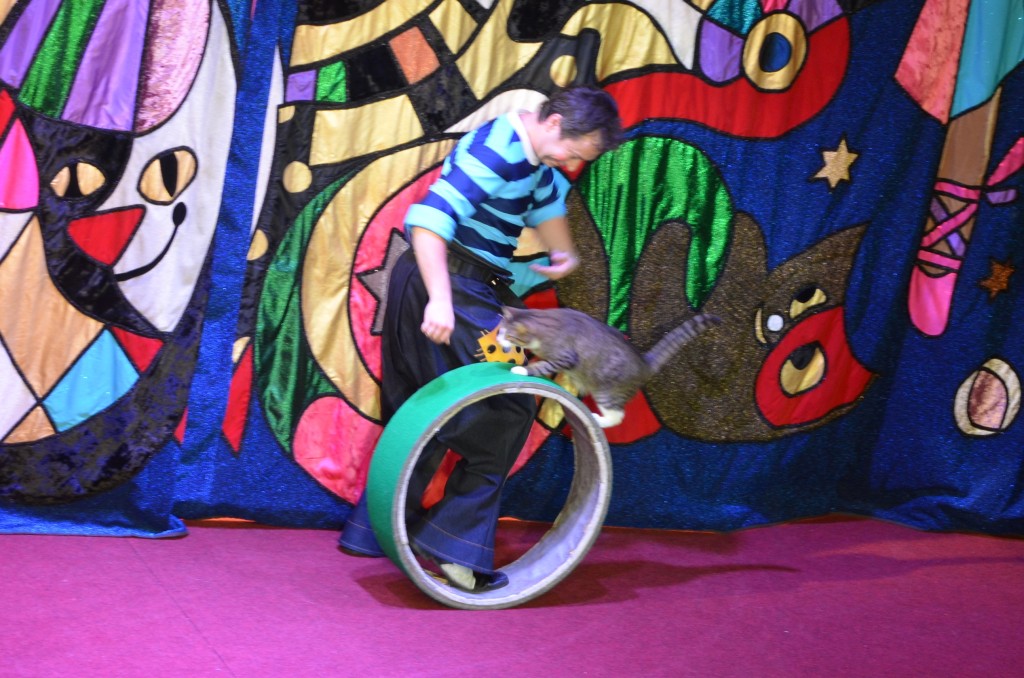 I recognize that cats are difficult to train (and herd). “With cats, each show is an improvisation,” as one trainer was quoted in the Raw Story. Fair enough. But if you’re going to create a show and charge good money and take it on the road–as Kuklachev does–you have to show the people something that makes them go “Wow!” We were not wowed by this show–not by the cats and not by the small cast of human actors. The most talented performer was possibly the one dog, who pushed a wheelbarrow around the stage, shuttling props and cats to and fro. That dog was good!
All that said, I still love the concept of the cat theatre, a truly original idea that Kuklachev brought to life. But just keep your expectations in check. I think that if you pay $15 for your ticket (as we did) instead of $40 (as you would for front row seats), it’s worth it. Especially for cat-lovers–with kids.