Salem, New Hampshire – Today was the day of the annual summer cookout at MIL’s retirement community. Believe it or not, this is not a particularly exciting event for the twins.

But their presence is ardently requested, so Daddio came up with a plan to make the trip up to New Hampshire a little more enticing for them. How about a visit to an ancient Native American archaeological site? 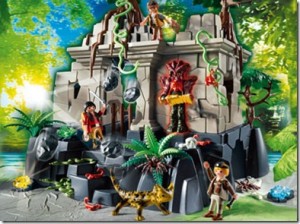 You might not think this would pique the interest of 4-year-olds, but these are two boys who have spent the week playing with the Playmobil Treasure Temple (super cool). And in their free time, they have been searching for treasure in our own nearby forest. So an ancient Native American archaeological site was just about perfect.

And that’s how we found ourselves at America’s Stonehenge, also known as Mystery Hill, a series of stone walls and chambers–complete with astronomical calendar and carved writing–that supposedly dates back some 4000 years. I’m not going to comment on the dispute about the authenticity of the site. This website provides a decent overview of the various theories about the site’s origin, and it clearly states that the “prevailing theory within academic circles” is that the structures are the remains of a 19th-century cider press. But the twins didn’t need to know that…

The setting for this adventure was beautiful, pristine New Hampshire forest. After crossing the Bridge to the Past and watching a video, a path leads through the forest to the ruins. It’s a great place for hiking and exploring–except the main part of the site is surrounded with chain-link fence and draped with red tape, in attempt to force visitors to follow some designated walking tour. I understand that the desire to protect the site, but this halfhearted attempt detracted from the natural beauty and the historic mystery of the site.

Still, the twins got a kick out of discovering and exploring the “secret” chambers, which were appropriately dark and foreboding. Sadly, they did not find any treasures this time (though there were plenty for sale in the gift shop), but they didn’t seem to mind. 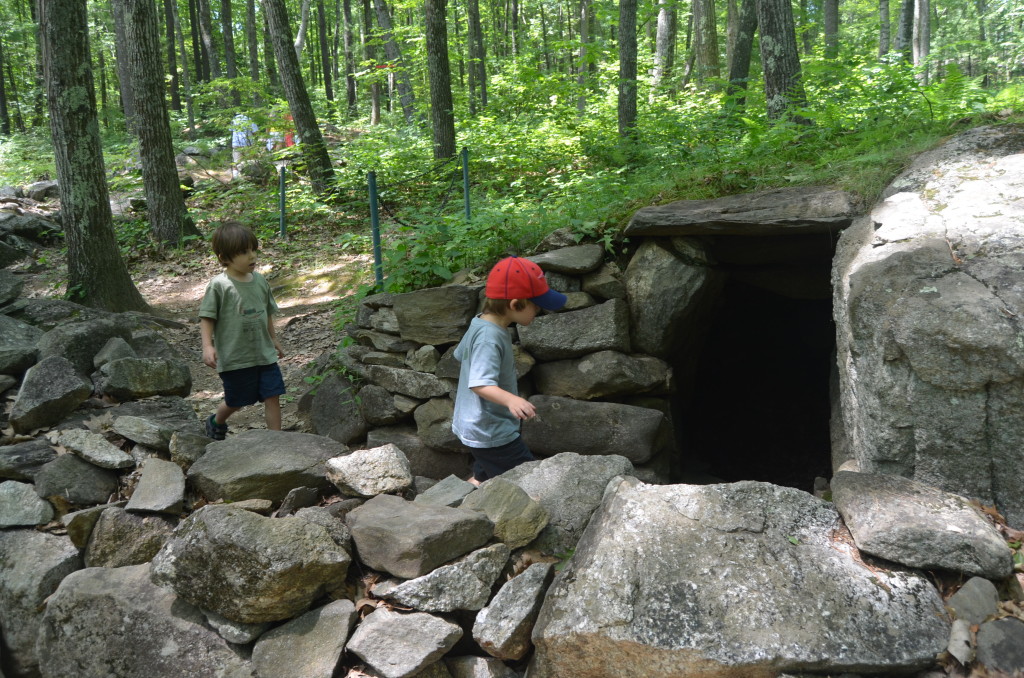 Behind the main site, there is a hiking trail around the astronomical calendar. This was moderately interesting for all ages, but it was a perfectly pleasant walk in the woods–and we don’t need an excuse for that.

Overall, I was disappointed. On-site staff and security cameras would be a more effective and less unsightly way to protect the ruins. More importantly, the site would be more educational–and just more interesting–if there was more information about the evidence supporting (and not supporting) the various theoretical explanations of the site’s origin. As it was, information was sparse and one-sided.

All that said, we were walking in the woods–for the second time in a week. The twins were not complaining, and neither am I. 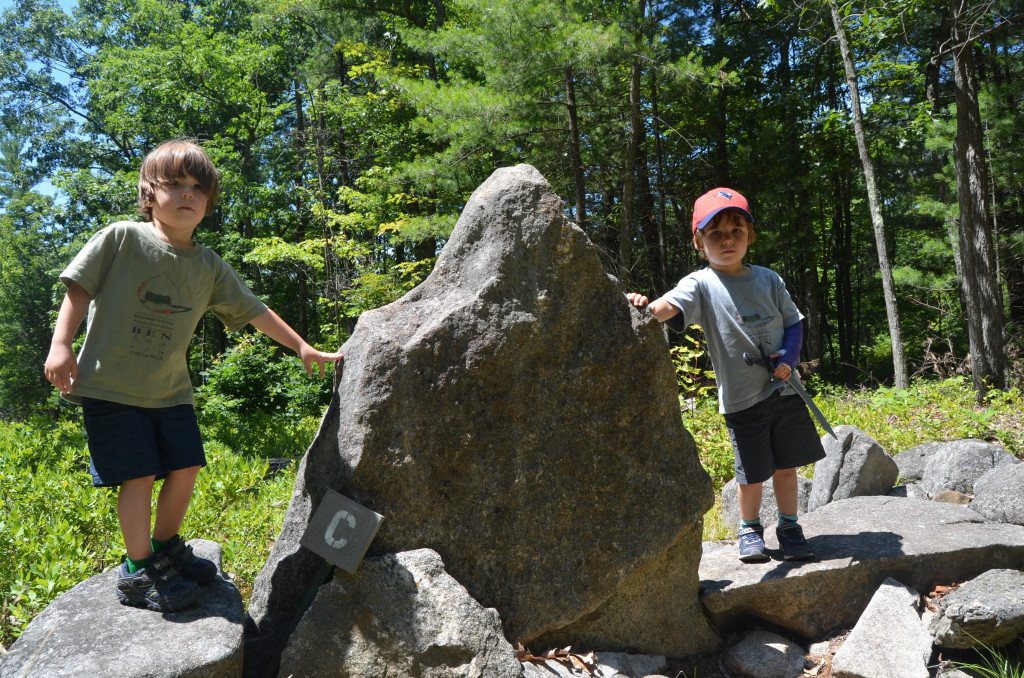 One thought on “America’s Stonehenge”