Cambridge, Massachusetts – When I saw this clip of Jennifer Hudson singing a song from Finding Neverland at the Tonys, I immediately bought tickets to take the whole family to see the production at the American Repertory Theater.

Later, I figured out that Jennifer Hudson is not actually in the ART production. Oh.

Also, this particular ballad does not include the children or Peter Pan. In fact, the boy that wouldn’t grow up makes himself pretty scarce in this show. How many times do you think a four-year-old can say “When are we going to see Peter Pan?” in two hours? A lot.

Finding Neverland is the story of Scottish author JM Barrie, and how his relationship with a widow and her children inspired the playwright to create Peter Pan. It is less about pirates and fairies, and more about a child grappling with his father’s death and an author grappling with his own creative process. Big issues for little boys.

Despite my false assumptions, this show was phenomenal. It was spectacular to look at and beautiful to listen to. It was funny and joyful and heart-warming and heart-breaking. I’m not sure the twins could follow the plot–and I’m sure they didn’t feel that range of emotions–but they were still riveted from the moment that the lights dimmed and the light of Tinker Bell began to twinkle around the stage. They were frightened by Captain Hook (who appeared in Barrie’s subconscious) and enthralled when Peter Pan whisked the widow off to Neverland (though I’m not sure they got the metaphor).

For my part, the show was a reminder about the power and importance of imaginary play. I get tired, so tired, of playing Star Wars and super heroes and monsters and magic. It’s exhausting (and the twins are quick to tell me when I’m not doing it right, which is often). But Finding Neverland demonstrates the inspiration and life-affirmation that comes from letting the imagination go wild. True for grownups as well as children.

We stopped on the way home to let the twins run around. What luck, the local playground had a pirate-ship playscape. (Actually, I think it’s a Viking ship, but hey, we can use our imaginations!) Twin S turned into Captain Hook and Twin V wanted to be Tinker Bell, so I got to play the part Peter Pan himself. I’m not saying I want to do it all the the time, but at least for this hour, we found ourselves in Neverland. 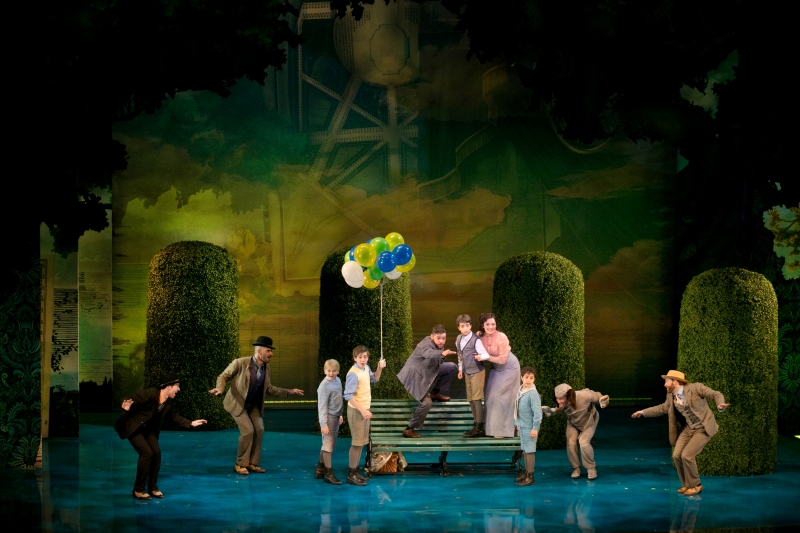 One thought on “Finding Neverland”