Somerville, Mass – When it rains for 48 hours, we go to the movies. When it’s the weekend of Day of the Dead, we go to see The Book of Life. This is a spectacular new film by Mexican producer Guillermo del Toro and Mexican director Jorge Gutierrez–a beautiful, cross-cultural adventure to Mexico and beyond.

The story itself is none too scintillating: the hero must return from the dead to win the girl and save his village. Plot line aside, the film is a visual fiesta, incorporating all the vibrancy and fantasy of Mexican folk art, brought to life by top-notch animation. It really gets good when the hero dies and passes to the Land of the Remembered, which is surely the most magical, joy-filled, sensual afterworld that has been depicted in film. I can’t vouch for the authenticity of the folklore that’s presented in The Book of Life. But that’s not really the point. The film offers Gutierrez’ personal perspective on the distinctly Mexican holiday of Day of the Dead–and on death itself. Not only that, he offers it for children.

How refreshing to address this reality–death–in a way that is not scary or sad (though the film does have its scary and sad moments). But Dia de los Muertos is a happy occasion–a chance to remember our loved ones with joy. And that comes through in the film. 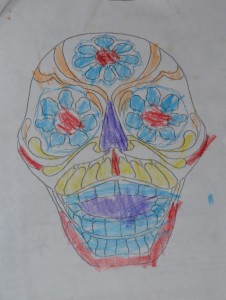 In recent years, we have started celebrating Dia de los Muertos at our church. (And yes, we do have members of our church who are Mexican!) A mariachi band plays lively music during the worship service and we build an ofrenda to honor and remember our loved ones who have passed. The twins attended for the first time this year. While the service did not entirely hold their attention, they occupied themselves coloring some cool skull pictures and they were quite captivated by the ofrenda.

Of course they were captivated by the ofrenda. It was decorated with calaveras (sugar skulls) and calacas (skeletons). And they got to light candles.

We lit a lot of candles. We lit candles for Great Grandpa V and for our across-the-street neighbor and for grandparents and great-grandparents that the twins have never even met. Frankly, I suspect my boys might have been satisfying some pyromaniac urges under the guise of honoring their ancestors. But that’s okay… we are keeping the memories alive. And that’s the takeaway from the Day of the Dead: as long as we remember, our loved ones endure as a joyful part of us. 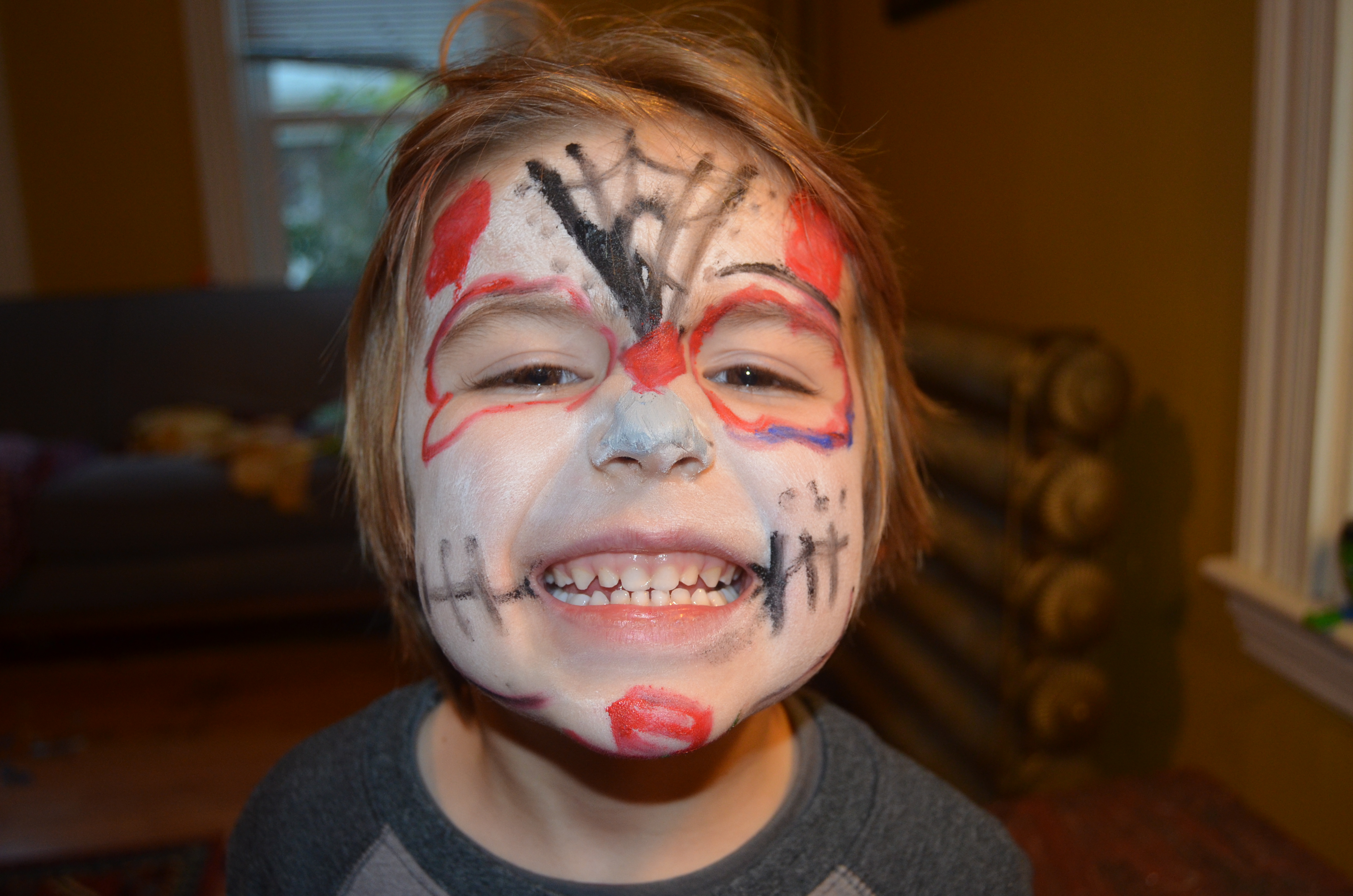