Somerville, Mass – Daddio has been reading Harry Potter with the twins. I have not read the books. As a result I am largely left out of many conversations about which spells might work in which situations; what Harry, Hermione and Ron should or should not do in various circumstances; and whether Snape has really and truly abandoned his allegiance to Lord Voldemort.

But it was I who had the brilliant idea to celebrate the twins’ seventh birthday at the Hogwarts School of Wizardry. No, not at Warner Bros or Universal Studios, but right up the street at our local park. This turned into a much bigger endeavor than intended with 30 (!) little wizards-in-training as guests. Here’s how it went down. 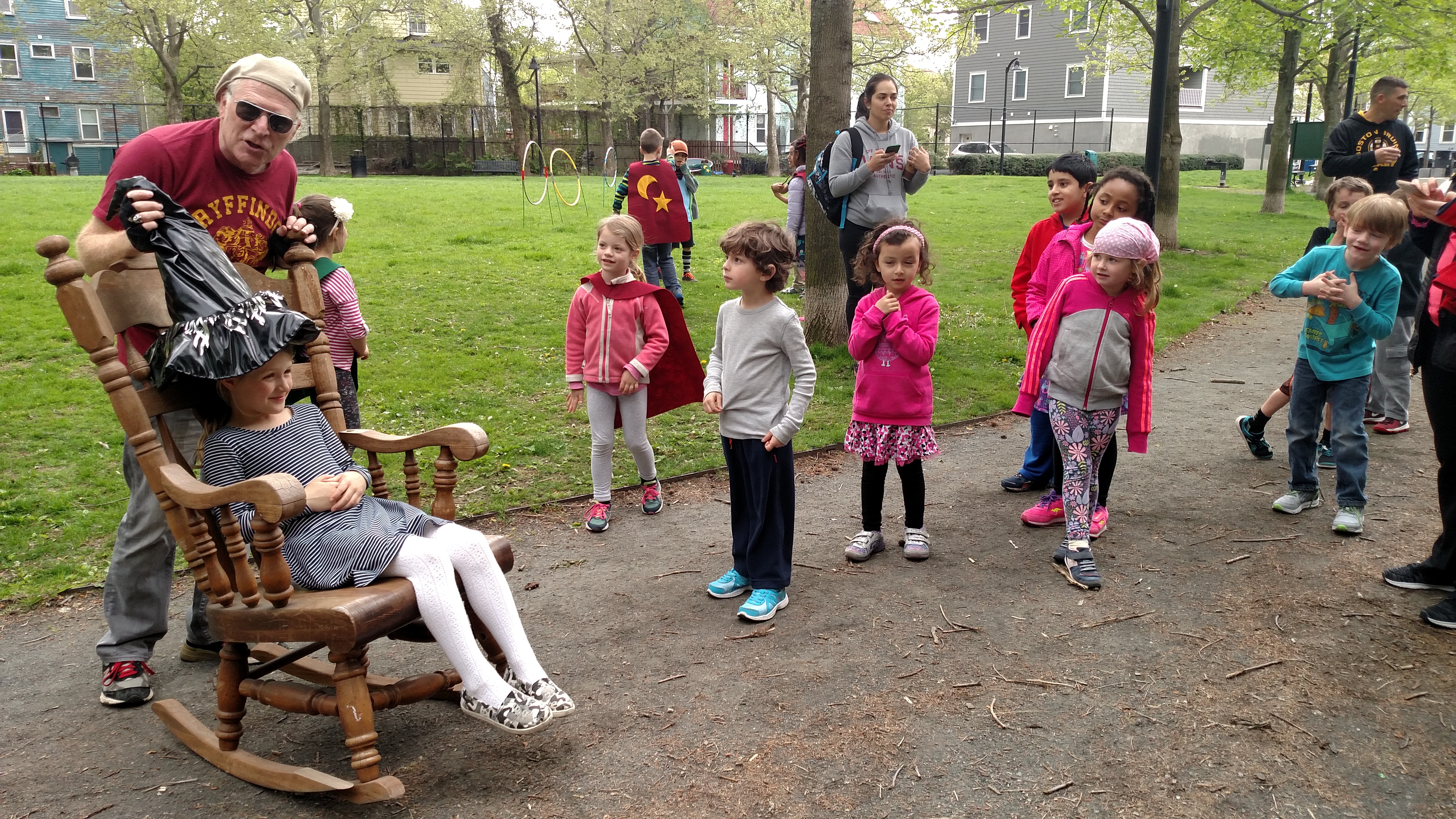 Awaiting the decision of the Sorting Hat

Upon arrival, the kids took turns trying on the Sorting Hat so they could receive their house assignments. We had two houses–essentially Gryffindor and Slithering–but we altered the names slightly to match the twins’ names. Depending on their house assignments, the kids received green or maroon capes (which we ordered on Etsy from Lollipop Lucy Costumes). And then the party was in full swing! 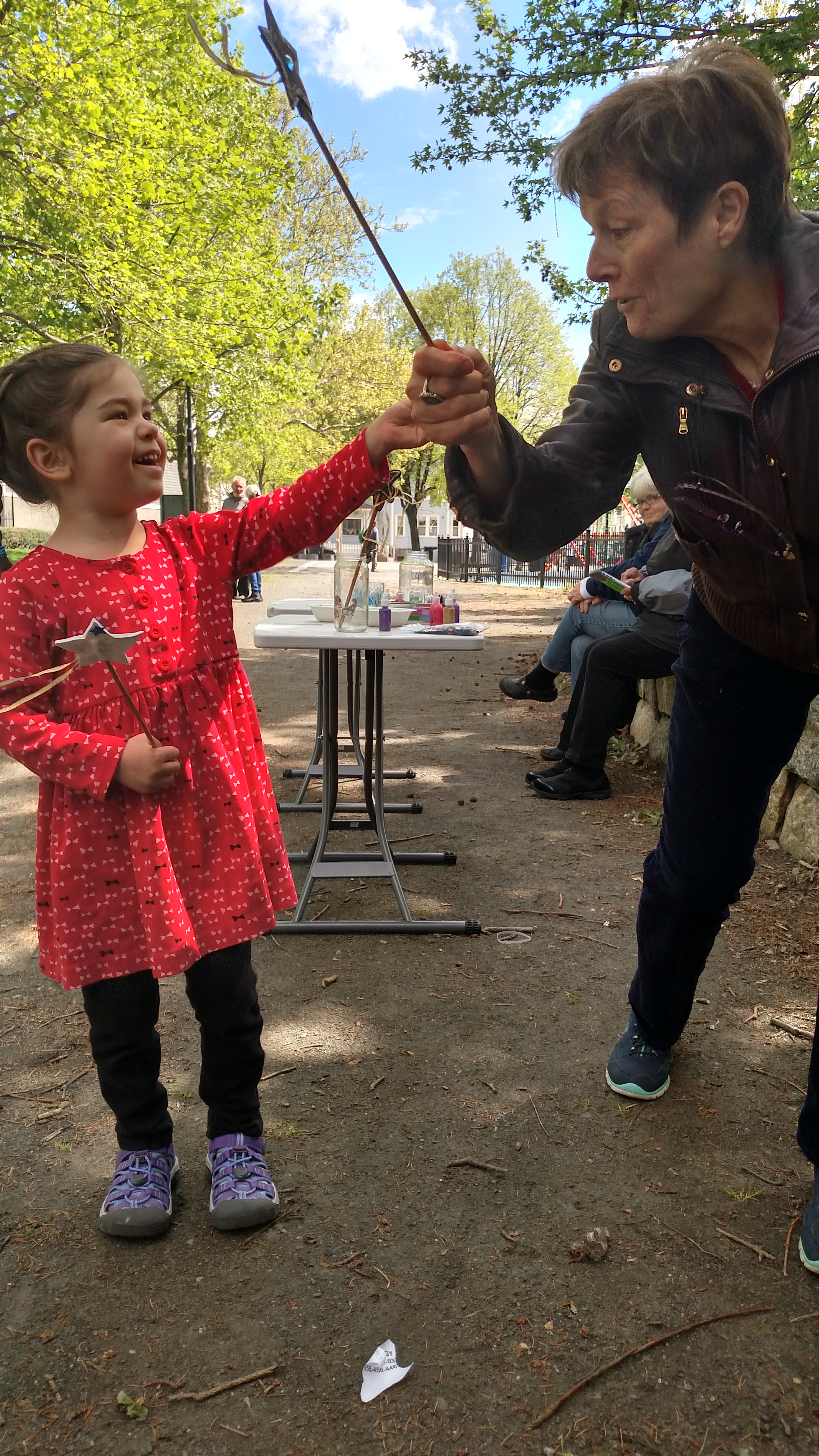 We had three main activity  stations – with at least one adult overseeing each – so the kids could rotate through at their leisure.

Wand-making This was a simple craft project using wooden dowels (spray-painted gold ahead of time) and sticky-back foam stars (pre-cut). The kids assembled their own wands and decorated them with ribbons and glitter glue. (For future wand-making projects, I might find a substitute for glitter glue, as it takes too long to dry.) The twins later informed me that these were more like fairy wands than wizard wands, but most of the kids seemed pretty pleased with them nonetheless. Thanks to my mother, who dressed up like Minerva McGonagall and oversaw this project.

Potions class This was my personal favorite activity, with three “potions” for the kids to practice. 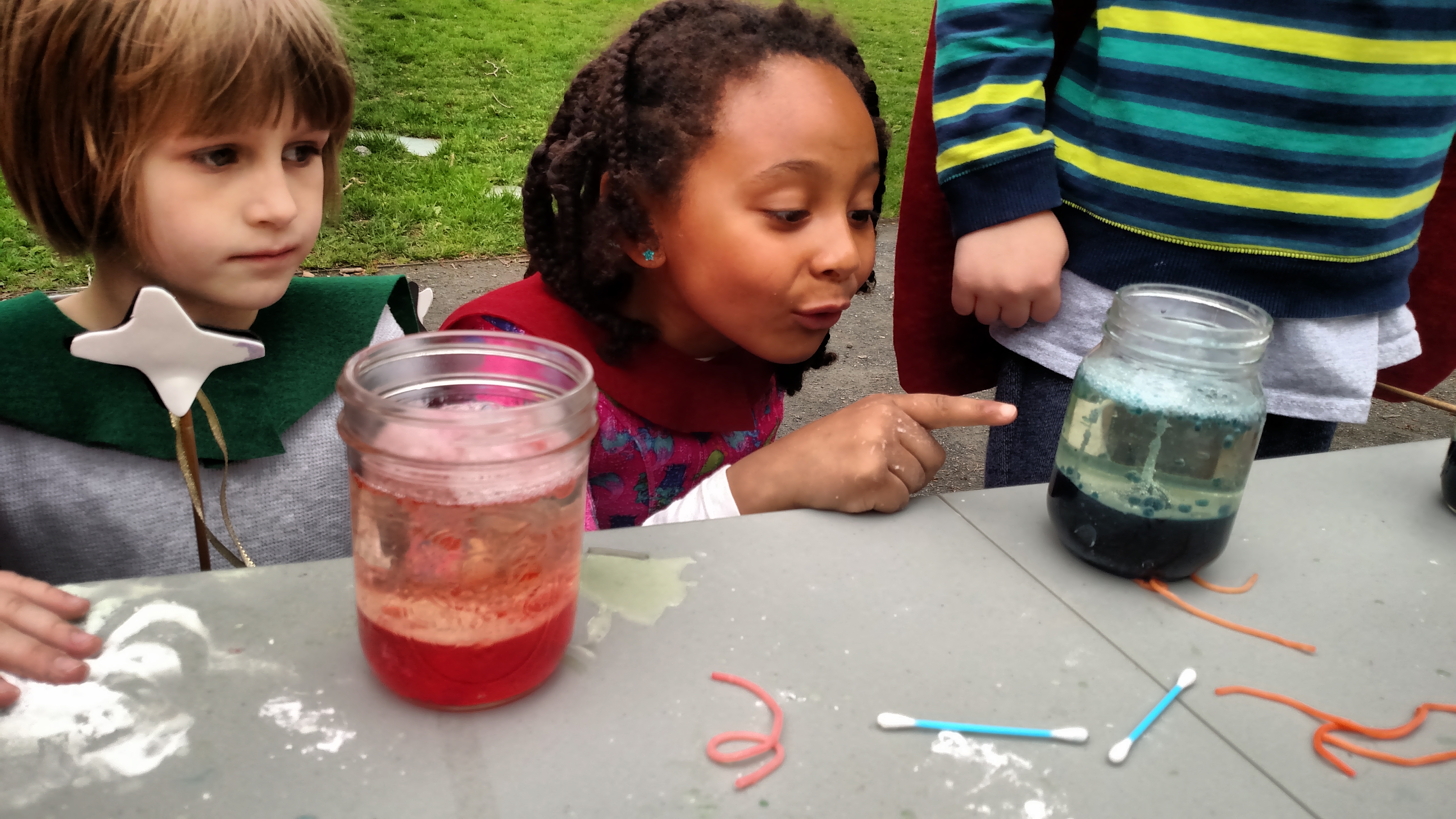 Many kids asked if they could sample the potions. I advised that would be dangerous, since we were still learning how the magic works. This seemed to appease their curiosity.

Quidditch Daddio set up a Quidditch pitch in the park, using hula-hoops mounted on stakes. He made brooms out of cardboard wrapping-paper tubes. Different balls were designated as Bludgers, Quaffle and Snitch. And the kids went wild, running around the field mounted on cardboard brooms, throwing balls at each other and aiming for the hoops. Daddio kept the Snitch in his pocket, but he would occasionally throw it high up into the air to see if one of the Seekers could get it before he could. He said it was a challenge to get the kids to follow the rules, but Twin S and Twin V both agreed that this was their favorite activity at the party.

The party took place in the afternoon, so we didn’t serve a meal. Instead we served snacks like pumpkin pasties, veggies and hummus, cut-up fruit and – of course – Butter Beer (cream soda). Towards the end of the party, we served this amazing cake we got from Cakes by Terri.

Then we passed out goody bags, which included Harry Potter glasses, scar tattoos and personalized Hogwarts diplomas. And then we were done! It was a ton of work, but a ton of fun. So much so, that the twins are claiming they want a repeat for their eighth birthday. We’ll see about that… 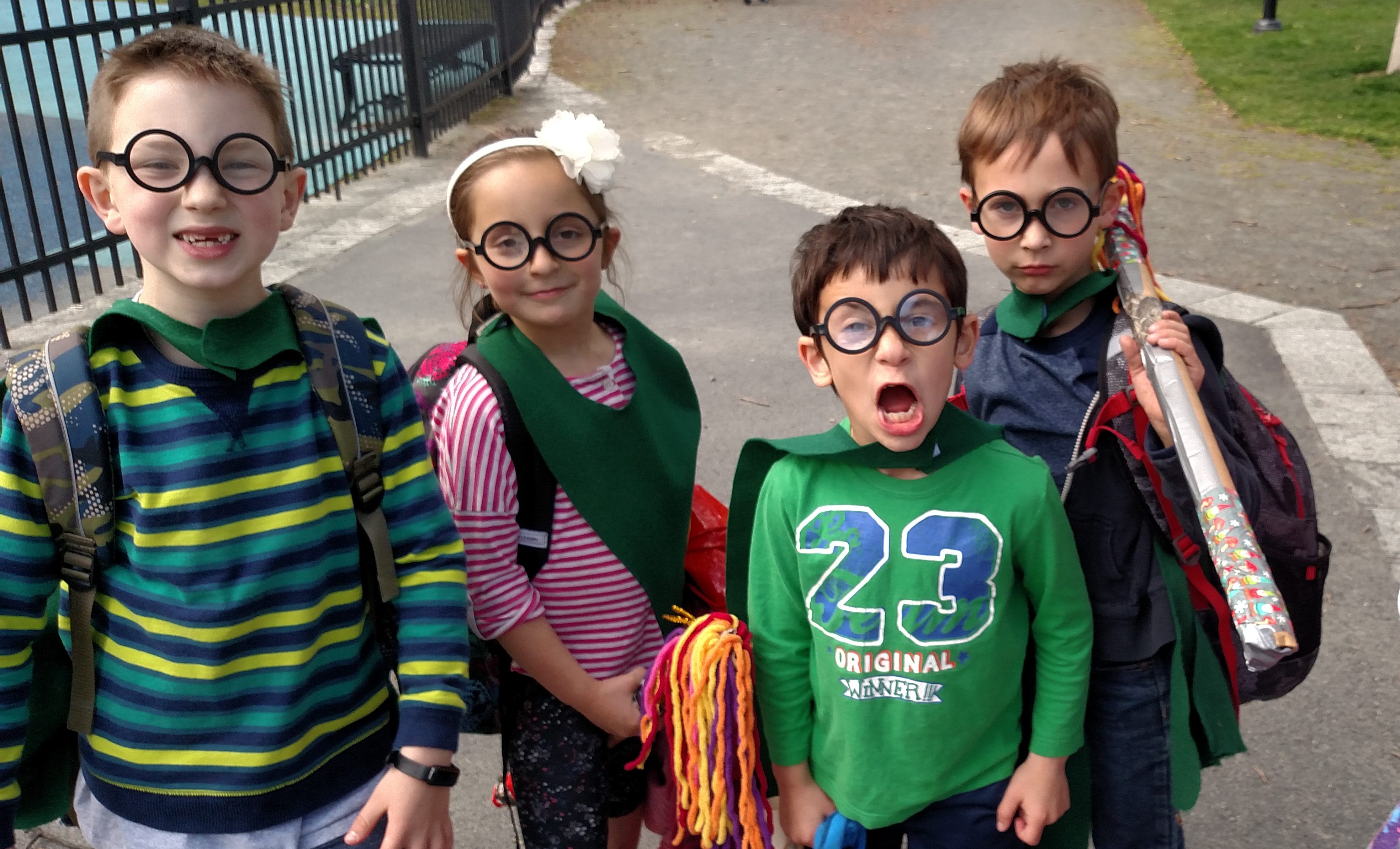