Skip to content
Mara VorheesSeptember 30, 2015May 27, 2022 Destinations, How to Travel with Kids, Massachusetts, New England, USA

Cambridge, Mass – There are not too many things that I miss about my life before twins (BT), but riding my bicycle is one of them. Our family bike rides with the twins in their bike seats are officially a thing of the past. It’s time to get them pedaling.

So this was my project when we were in Michigan for three long weeks. I have to admit that part of my motivation was to undertake this project when Daddio was not around, as we had different ideas about training wheels (Daddio was in favor; I was against). But that turned out to be inconsequential, as the grandparents procured a couple of second-hand bikes with training wheels. (Whose side are they on anyway?)

In retrospect, it was a good idea to start with training wheels, because the boys could actually ride the bikes and go places, instead of starting and stopping and falling and getting frustrated. We spent the days retracing many of my childhood cycling routes — to the library for books, to 7-11 for Slurpees, and even to my elementary school to play at the playground. It was sometimes frustrating but mostly fun. Each day the boys got stronger and more comfortable on the bikes. Each week we raised the wheels an inch or two, so they could improve their balance. The twins seemed to like it okay. Plus, they didn’t have their scooters, so they had no choice.

By the time we returned to Somerville, the twins were ready to lose the training wheels. At least that’s what I thought. Daddio apparently had other ideas. Two new bikes were on display in the living room when we got home, and… they had training wheels. (Why doesn’t anybody listen to me?)

Anyway, we spent a couple of weeks riding at our local park, circling the basketball courts and circumnavigating the soccer field. We rode along Memorial Drive, the riverside road that is closed to cars on Sunday afternoons. We systematically raised the training wheels higher and higher off the ground, and soon they were being used only for mounting. Still, Daddio refused to take the training wheels off. 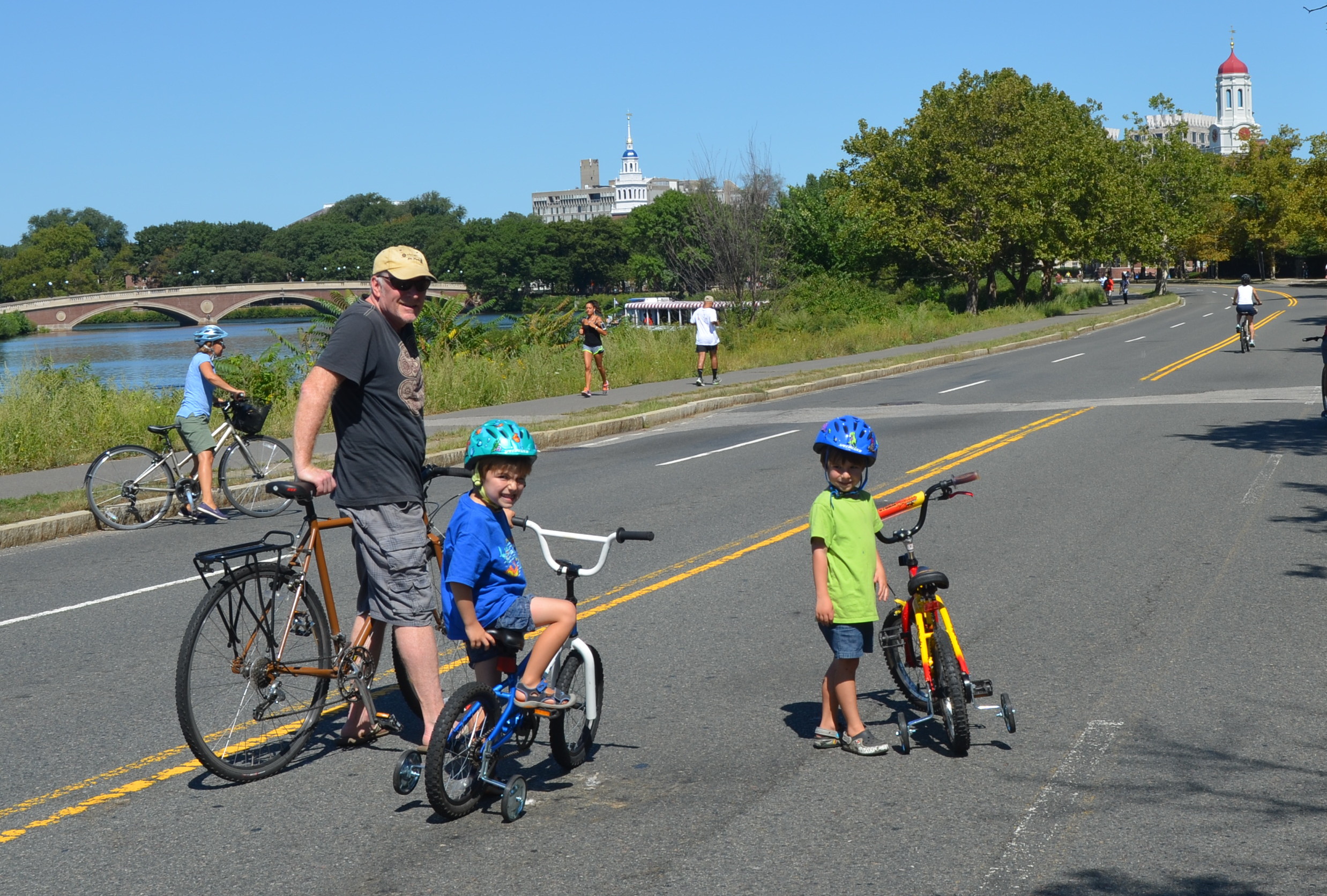 You’d think by now I would realize how different out parenting styles are, but no… I continue to be surprised. That said, I will admit that the training wheels made this an almost stress-free process, with few falls and little resistance. The gradual raising of the wheels was a safe and effective way for the twins to learn how to balance. And I hardly had to do any running along and holding up the bike.

And when we finally took the training wheels off — one Saturday afternoon when Daddio stayed home and I sneaked a wrench into my pocket — it was a smooth and easy transition to two-wheel riding. The twins were ecstatic and so was I.

The next day we went to Memorial Drive and rode from end to end several times. For some reason, they only block off a 1.5-mile stretch, which we could cover in about 10 minutes, leading Twin V to make up a song.

It’s the shortest road, ever. 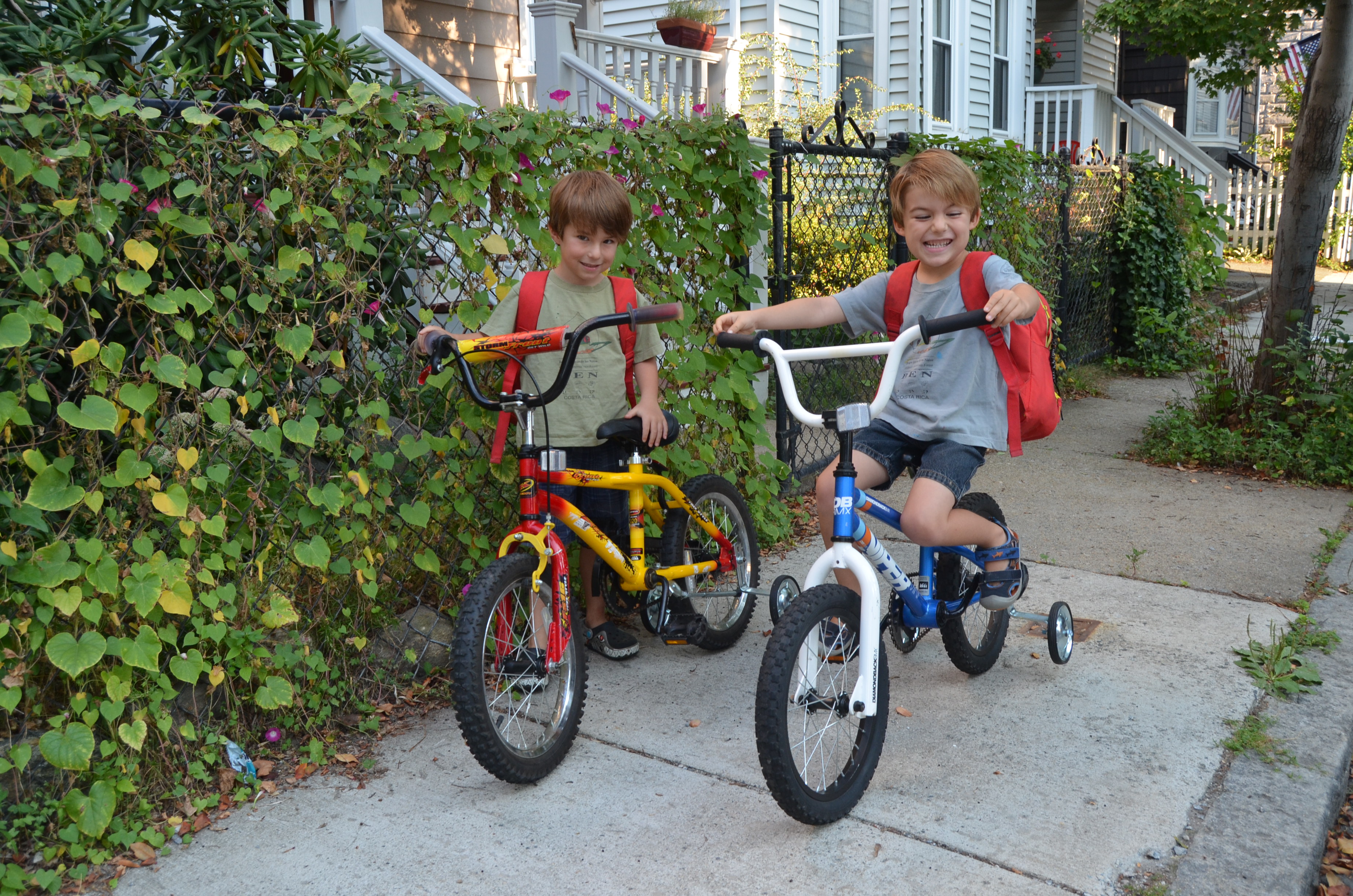